The GER begins with the International Space Station and expands human presence throughout the solar system, leading ultimately to human missions to explore the surface of Mars.

Repeating mistakes of the 1930s

By Robert J. Samuelson – “We are back in a danger zone,” says a top economist at the International Monetary Fund. Though an understatement, it captures the central paradox of this year’s annual meeting of the IMF and World Bank. Everyone is alarmed at the swift deterioration of the economic outlook, but there is no leadership — no consensus on what to do or, even when crude agreement exists, little conviction that practical politics will permit action. There is a hazardous vacuum of ideas and power. more> http://tinyurl.com/3lz2hmk

By Rosalind S. Helderman and Paul Kane – The Democratic-led Senate, which on Friday blocked a GOP House measure to fund the government through Nov. 18, will vote late Monday on its own version of the bill.

The Senate bill includes dollars for disaster relief without an offsetting spending cut elsewhere that the House GOP demands.

It is not clear how the dispute will be resolved. A spokesman for House Speaker John A. Boehner (R-Ohio) said Sunday that leaders have been in touch, but other congressional aides said there was no progress toward a compromise over the weekend. more> http://tinyurl.com/3whl9ps 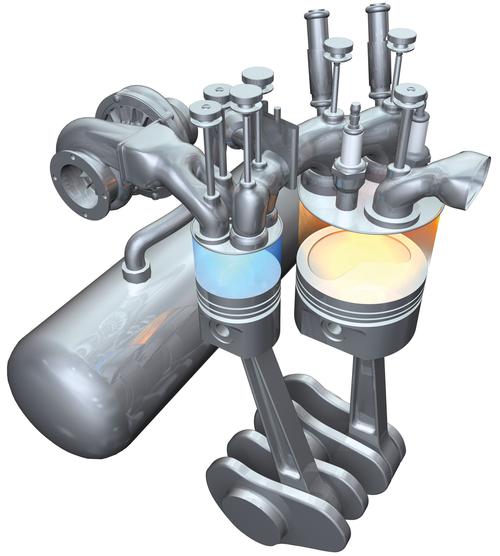 By Charles Murray – The century-old concept of the “split-cycle” engine may be on the verge of a comeback, thanks to an engineering company that has put a new twist on the old technology. If the latest claims by Scuderi Group are accurate, the technology could shake up the auto industry.

In theory, this all sounds good, because it enables the engine to do all its work in one rotation of the crankshaft, instead of two, as a conventional four-stroke does. However, split-cycle efficiency was never very good until Scuderi changed a key part of the combustion process. “We found that if you split the cycles and fire like a normal engine, the efficiency level will never match that of a conventional engine,” Sal Scuderi, president of Scuderi Group, told Design News. more> http://tinyurl.com/3su4fym

By Julie Sartain – What is quantum computing? One simple definition is that quantum computers use qubits (or quantum bits) to encode information. However, unlike silicon-based computers that use bits which are zeroes or ones, qubits can exist in multiple states simultaneously. In other words, a qubit is a bit of information that has not yet decided whether it wants to be a zero or a one.

In theory, that means that quantum systems can produce simultaneous processing of calculations; in essence, true parallel systems. more> http://tinyurl.com/3p3rxlo

StrategyGroup – Information technology is entering a new era. To help businesses gain maximum benefit from a new approach to designing their IT infrastructures StrategyGroupTM gathered many resources that are being offered as streamlined services. more> strategygroup.net