NASA – High-mass stars are important because they are responsible for much of the energy pumped into our galaxy over its lifetime. Unfortunately, these stars are poorly understood because they are often found relatively far away and can be obscured by gas and dust. The star cluster NGC 281 is an exception to this rule. It is located about 6,500 light years from Earth and, remarkably, almost 1,000 light years above the plane of the galaxy, giving astronomers a nearly unfettered view of the star formation within it.

This composite image of NGC 281 contains X-ray data from Chandra, in purple, with infrared observations from Spitzer, in red, green, blue. The high-mass stars in NGC 281 drive many aspects of their galactic environment through powerful winds flowing from their surfaces and intense radiation that creates charged particles by stripping electrons off atoms. The eventual deaths of massive stars as supernovas will also seed the galaxy with material and energy.

NGC 281 is known informally as the “Pacman Nebula” because of its appearance in optical images. In optical images the “mouth” of the Pacman character appears dark because of obscuration by dust and gas, but in the infrared Spitzer image the dust in this region glows brightly.

NGC 281 is typically divided into two subregions: the region in the upper middle of the image, which is surrounded by the purple 10-million-degree gas, and a younger region in the lower part of the image. There is evidence that the formation of a cluster, appearing in a beige cloud to the lower right, was triggered by a previous generation of star formation. Also, astronomers have found some isolated star formation on the left side of the image that appears to have been occurring at the same time as star formation in other regions of the cluster. This supports the idea that something externally triggered the “baby boom” of stars in NGC 281. Image Credits: X-ray: NASA/CXC/CfA/S.Wolk; IR: NASA/JPL/CfA/S.Wolk This infrared image from NASA’s Wide-field Infrared Survey Explorer, or WISE, showcases the Tadpole Nebula, a star-forming hub in the Auriga constellation about 12,000 light-years from Earth. As WISE scanned the sky, capturing this mosaic of stitched-together frames, it happened to catch an asteroid in our solar system passing by. The asteroid, called 1719 Jens, left tracks across the image. A second asteroid was also observed cruising by.

But that’s not all that WISE caught in this busy image — two natural satellites orbiting above WISE streak through the image, appearing as faint green trails. This Tadpole region is chock full of stars as young as only a million years old — infants in stellar terms — and masses over 10 times that of our sun. It is called the Tadpole nebula because the masses of hot, young stars are blasting out ultraviolet radiation that has etched the gas into two tadpole-shaped pillars, called Sim 129 and Sim 130. These “tadpoles” appear as the yellow squiggles near the center of the frame. The knotted regions at their heads are likely to contain new young stars. WISE’s infrared vision is helping to ferret out hidden stars such as these.

The 1719 Jens asteroid, discovered in 1950, orbits in the main asteroid belt between Mars and Jupiter. The space rock, which has a diameter of 19 kilometers (12 miles), rotates every 5.9 hours and orbits the sun every 4.3 years.

Twenty-five frames of the region, taken at all four of the wavelengths detected by WISE, were combined into this one image. The space telescope caught 1719 Jens in 11 successive frames. Infrared light of 3.4 microns is color-coded blue: 4.6-micron light is cyan; 12-micron-light is green; and 22-micron light is red.

WISE is an all-sky survey, snapping pictures of the whole sky, including everything from asteroids to stars to powerful, distant galaxies. Image Credit: NASA/JPL-Caltech/UCLA

Is The Goal Of A Corporation To Make Money?

By Steve Denning – In the outpouring of comments on the two articles on the Ten Most Hated Jobs and The Ten Happiest Jobs was a continuing theme about the goal of a corporation. For many people, it seems as though the idea that the goal of corporation is to make money is one of the immutable truths of the universe.

The truth is that the ultimate goal of a corporation isn’t necessarily to make money. True, this is the goal of traditional management, and of many organizations in the Fortune 500. But it’s a choice made by those organizations, not a necessary fact.

A growing number of companies have chosen a different goal. more> http://tinyurl.com/6xdzo46

By Martin Feldstein – The Greek government needs to escape from an otherwise impossible situation. It has an unmanageable level of government debt (150% of GDP, rising this year by ten percentage points), a collapsing economy (with GDP down by more than 7% this year, pushing the unemployment rate up to 16%), a chronic balance-of-payments deficit (now at 8% of GDP), and insolvent banks that are rapidly losing deposits.

The only way out is for Greece to default on its sovereign debt. Why, then, are political leaders in France and Germany trying so hard to prevent – or, more accurately, to postpone – the inevitable? There are two reasons… more> http://tinyurl.com/423ecy3 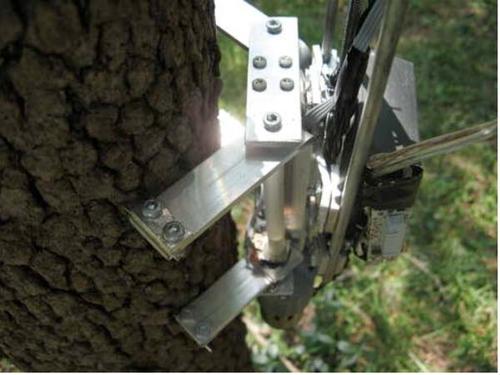 By Steve Ravet – Over on Instructables, I found a tree-climbing robot built by a high school senior. This is a great project, especially since it was done by someone with no formal engineering experience. The basic idea is a segmented robot with a front half and a back half, connected by a telescoping spine. Each half has four legs tipped with a sharp spike. The front half grips the tree with its legs, and the spine retracts, raising the back half. Then the back half grips, the front half loosens, and the spine extends, raising the front half. The front half grips the tree, and the process repeats, with the robot climbing sort of the way an inchworm does. more> http://tinyurl.com/6cw2fbp

The Wall Street Journal first reported last month that websites including MSN and Hulu were installing tools on users’ computers that continued to track their activities online even after traditional tracking files, known as “cookies,” were deleted.