NASA – With the holiday season in full swing, a new image from an assembly of telescopes reveals a pulsar that appears like a spinning cosmic ornament. Combined data from NASA’s Chandra X-ray Observatory and ESA’s XMM-Newton were used in the discovery of a young pulsar in the remains of a supernova located in the Small Magellanic Cloud, or SMC. This is the first time a pulsar, which is a spinning, ultra-dense star, has been found in a supernova remnant in the SMC, a small satellite galaxy to the Milky Way.

In this composite image, X-rays from Chandra and XMM-Newton have been colored blue and optical data from the Cerro Tololo Inter-American Observatory in Chile are colored red and green. The pulsar, known as SXP 1062, is the bright white source located on the right-hand side of the image in the middle of the diffuse blue emission inside a red shell. The diffuse X-rays and optical shell are both evidence of a supernova remnant surrounding the pulsar. The optical data also displays spectacular formations of gas and dust in a star-forming region on the left side of the image.

SXP 1062 interests astronomers because the Chandra and XMM-Newton data show that it is rotating unusually slowly — about once every 18 minutes. (In contrast, some pulsars are found to revolve multiple times per second, including most newly born pulsars.) This relatively leisurely pace of SXP 1062 makes it one of the slowest rotating X-ray pulsars in the SMC.

Scientists have estimated that the supernova remnant around SXP 1062 is between 10,000 and 40,000 years old, as it appears in the image. This means that the pulsar is very young, from an astronomical perspective, since it was presumably formed in the same explosion that produced the supernova remnant. Therefore, assuming that it was born with rapid spin, it is a mystery why SXP 1062 has been able to slow down by so much, so quickly. Work has already begun on theoretical models to understand the evolution of this unusual object. Image Credit: NASA/CXC/Univ. of Potsdam/L. Oskinova et al.

Mobiledia/Forbes – U.S. libraries are seeing increases in the numbers of borrowers who want digital books, with e-book lending rates nearly tripling over the past year.

Since libraries began lending e-books a few years ago, the industry has grappled to find a solution that pleases readers, publishers, and lending institutions alike.

Unlike printed books, e-books don’t wear out and can be circulated over and over again. Digital titles also can’t be lost, stolen, or damaged, meaning libraries won’t have to repurchase the title from the publisher in the future. more> http://is.gd/T1x1oi 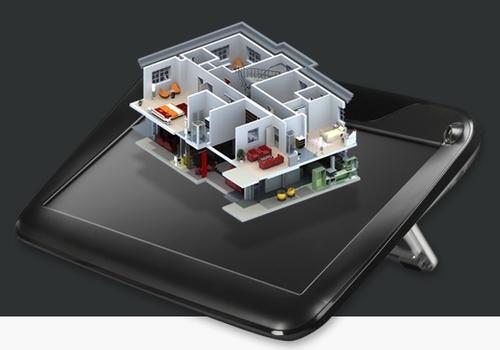 By Beth Stackpole – We’re not talking about mainstream electronics fare like 3D TVs or robotics devices that make all of the mainstream gadget gift-giving guides. Rather, we’re talking serious, bread-and-butter hardware and software that can help these guys get their work done more efficiently and more effectively, yet, at the same time, spark some fun. more> http://is.gd/DazwSU

By Ana-Maria Tolbaru, Georgi Gotev – Flicking through the images of 2011, it is hard not to feel a seismic shift: Once-invincible Arab regimes brought down, Japan’s earthquake and ensuing nuclear disaster, another eye-popping chapter written in Europe‘s debt and currency history.

Is the euro-crisis over?

By Don Krueger – The first major development occurred on December 8. The European Central Bank (ECB) declared that it will offer unlimited liquidity to European banks for 36 months.

Without the ECB’s new policy, euro-zone businesses face the prospect of grinding to a halt. Inventories are difficult to finance. Payrolls might not be met. Taxes might not be paid. Now, with unlimited liquidity available from the Central Bank, that credit crunch should be history. We saw the same relief from a very similar U.S. credit crisis in 2008 when the Federal Reserve Bank agreed to accept many kinds of collateral from its member banks for unlimited funding. The fact that the largest U.S. banks are still standing demonstrates that this policy can be effective.

Today, we had our first look at the results of that policy as this ECB financing operation was launched. It opened its window and loaned $641 billion for three years at 1% annually to 523 European banks more> http://is.gd/b5EJJg