NASA – The Mars Descent Imager for NASA’s Mars Science Laboratory took this image inside the Malin Space Science Systems clean room in San Diego, Calif., during calibration testing of the camera in June 2008. It shows the instrument’s deputy principal investigator, Ken Edgett, holding a six-foot metal ruler that was used as a depth-of-field test target. The camera is focused at 7 meters (23 feet) so that everything between about 2 meters (7 feet) and infinity is in focus. This image shows a slightly out-of-focus rock (a rounded cobble of Icelandic basalt with tiny crystals and vesicles) at a distance of about 70 centimeters (2.3 feet), equivalent to the distance the camera will be from the ground after the rover has landed. Image Credit: NASA/JPL-Caltech/Malin Space Science Systems

A test operator in clean-room garb observes rolling of the wheels during the first drive test of NASA’s Curiosity rover, on July 23, 2010. Image Credit: NASA/JPL-Caltech

NASA’s Mars Science Laboratory Project will launch Curiosity in late 2011 for arrival at Mars in August 2012. The mission will study whether an intriguing area of Mars has offered environmental conditions favorable for supporting microbial life and for preserving evidence of whether life existed there.

On Mars, of course, Curiosity will not need an umbilical cord. It will communicate by radio, and it will be powered by a radiosotope thermoelectric generator — essentially a nuclear battery that reliably converts heat to electricity — to be installed just before launch.

Reject the politics of oversimplification 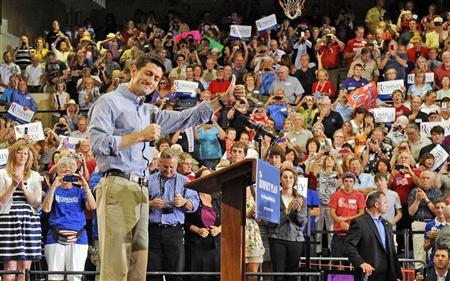 By Anatole Kaletsky – Whatever happens in the U.S. election and the euro crisis, the autumn of 2012 may go down in history as a pivotal moment of the early 21st century.

Paul Ryan‘s nomination to the Republican ticket means American voters will feel forced to make a radical choice between two very different visions of the government and the market, in fact of the whole structure of politics and economics in a modern capitalist state.

The choice facing Europe in the next few months – starting on September 12 with the Dutch elections and the German court decision on European bailouts – is in some ways even more dramatic: It is not just about the role of government, but about the very existence of the nation-state.

But do these decisions really need to be so radical? more> http://tinyurl.com/9m3k9ax

Too Big To Fail Has Become a Permanent Bailout Program

By Peter Wallison & Cornelius Hurley – What better time than now to have the long overdue discussion about the central issue of the Financial Crisis-what to do about banks and other financial firms considered too-big-to-fail.

Today’s systemically important firms reap the same financial benefit of the government’s implicit backing. That benefit is not just some vague, “I’ll-be-here-for-you-tomorrow” feel-good thing. No, it’s a hard-edged financial leg-up that separates winners from losers, acquirers from acquirees, and in the end will determine whether our financial system consists of many large and small firms or only a few behemoths. more> http://tinyurl.com/cn89588 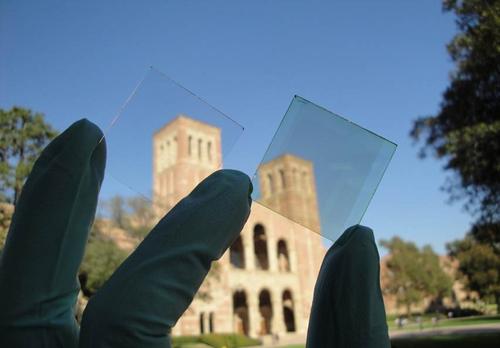 The cells are made from a photoactive plastic that converts infrared light into an electrical current, according to an article in ACS Nano that describes the research. Applications could include high-performance, visibly transparent photovoltaic (PV) devices, such as building-integrated PV and integrated PV chargers for portable electronics, said study leader Yang Yang, UCLA professor of materials science and engineering, and director of the Nano Renewable Energy Center at California NanoSystems Institute (CNSI). more> http://tinyurl.com/crz993r

By Martyn Williams – A distributed denial-of-service attack aimed at AT&T‘s DNS (Domain Name System) servers has disrupted data traffic for some of the company’s customers.

“Due to a distributed denial of service attack attempting to flood our Domain Name System servers in two locations, some AT&T business customers are experiencing intermittent disruptions in service,” an AT&T spokesman told IDG News Service by email. “Restoration efforts are underway and we apologize for any inconvenience to our customers.”