NASA – NASA’s space shuttles Endeavour and Atlantis switched locations today at Kennedy Space Center in Florida, and in the process came “nose-to-nose” for the last time in front of Orbiter Processing Facility 3.

Endeavour was moved from Orbiter Processing Facility 2 to the Vehicle Assembly Building where it will be housed temporarily until its targeted departure from Kennedy atop the Shuttle Carrier Aircraft in mid-September. After a stop at the Los Angeles International Airport, Endeavour will move in mid-October to the California Science Center for permanent public display.

Now in the processing facility after leaving the Vehicle Assembly Building, shuttle Atlantis will undergo preparations for its move to the Kennedy Space Center Visitor Complex in November, with a grand opening planned for July 2013.

Romney to declare goal of North American energy independence by 2020 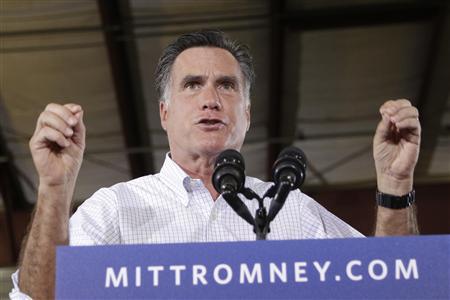 By Steve Holland – Romney is to unveil his plan at a truck and supply business in Hobbs, New Mexico, as he seeks to draw a sharp contrast between his energy policies and those of President Barack Obama and detail in part how he would rekindle job growth in the United States.

His emphasis on the economy amounts to an effort to return the campaign to the central issue Romney believes is most critical in the November 6 election and the key to a victory for him. more> http://tinyurl.com/9urem3w

By Mark Deen and Tony Czuczka – Chancellor Angela Merkel hosts President Francois Hollande today as officials look for ways to stave off an immediate crisis after a report due next month from Greece‘s international creditors on the health of its finances.

With the leaders of Europe‘s two biggest economies still at the confidence-building stage, Merkel and Hollande are seeking common ground on Greece and the wider euro-area debt crisis almost three years after its inception. more> http://tinyurl.com/8f9yqkq

By Kevin Begos – In a surprising turnaround, the amount of carbon dioxide being released into the atmosphere in the U.S. has fallen dramatically to its lowest level in 20 years, and government officials say the biggest reason is that cheap and plentiful natural gas has led many power plant operators to switch from dirtier-burning coal.

Many of the world’s leading climate scientists didn’t see the drop coming, in large part because it happened as a result of market forces rather than direct government action against carbon dioxide, a greenhouse gas that traps heat in the atmosphere.

“There’s a very clear lesson here. What it shows is that if you make a cleaner energy source cheaper, you will displace dirtier sources,” said Roger Pielke Jr., a climate expert at the University of Colorado. more> http://tinyurl.com/clz9ds4

More than half (54%) of the 338 business technology professionals who responded to our just-released InformationWeek 2012 Enterprise Applications Survey cite “changing, upgrading or optimizing existing applications” as their most time-consuming challenge. more> http://tinyurl.com/c9gowcw