Swing drop testing began last summer at Langley’s Hydro Impact Basin to certify the Orion spacecraft for water landings. In this series of tests, Orion is being dropped vertically into the pool for the first time, which will help fine-tune the way NASA predicts Orion’s landing loads.

The Orion spacecraft and the Space Launch System (SLS), NASA’s next crew capsule and heavy-lift rocket, will provide an entirely new capability for human exploration. Designed to be flexible for launching spacecraft for crew and cargo missions, SLS and Orion will expand human presence beyond low Earth orbit and enable new missions of exploration across the solar system.

By Christian Heinze – When Mitt Romney and Paul Ryan leave the applause of the Republican National Convention, here are the big three issues Romney strategists are facing.

As the general election officially begins, Romney will have access to a giant war chest of general-election funds previously unavailable to his campaign.

According to The Boston Globe, the Obama campaign outspent Romney by roughly 3-to-1 over the summer, but now that advantage shifts to Romney. more> http://tinyurl.com/c4mxxb8

By Ariana Eunjung Cha – At a time when the future of the euro is in doubt and millions are unemployed or underemployed with little cash to spare, a parallel economy is springing up in parts of Spain, allowing people to live outside the single currency.

In the city of Malaga, on the country’s southern Mediterranean coast just 80 miles from Africa, residents have set up an online site that allows them to earn money and buy products using a virtual currency. The Catalonian fishing town of Vilanova i la Geltru has launched a similar experiment but with a paper credit card of sorts. It implements a new currency worth slightly more than the euro when it is used at local stores. more> http://tinyurl.com/8h5gqfz 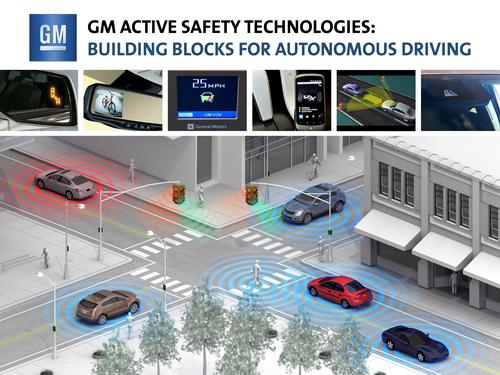 By Charles Murray – Experts say that the intelligent highway will save more lives than seat belts, airbags, and electronic stability control. For sheer lifesaving capacity, nothing in the history of the auto industry will come close to it.

The reason for the superlatives around the technology is simple: Vehicle infrastructure integration (VII), as it’s known, will allow cars to talk to one another, as well as to traffic lights and stop signs. It will enable them to communicate with municipalities, government agencies, car dealerships, and traffic control centers. How a botnet works: 1. A botnet operator sends out viruses or worms, infecting ordinary users’ computers, whose payload is a malicious application — the bot. 2. The bot on the infected PC logs into a particular command and control (C&C) server (often an IRC server, but, in some cases a web server). 3. A spammer purchases access to the botnet from the operator. 4. The spammer sends instructions via the IRC server to the infected PCs, causing them to send out spam messages to mail servers. (Photo credit: Wikipedia)

By Roger A. Grimes – Years ago the typical hacking scenario involved a lone attacker and maybe some buddies working late at night on Mountain Dew, looking for public-facing IP addresses. When they found one, they enumerated the advertising services (Web server, SQL server, and so on), broke in using a multitude of vulnerabilities, then explored the compromised company to their heart’s content. Often their intent was exploratory. If they did something illegal, it was typically a spur-of-the-moment crime of opportunity.

My, how times have changed. Here are the nine biggest threats facing today’s IT:

The worst part is that almost none of those who use the above malicious attacks are successfully prosecuted. The professional criminals on the Internet are living large because the Internet isn’t good at producing court-actionable evidence. Right now we live in the “wild, wild West” days of the Internet. more> http://tinyurl.com/9hvghuh