Views from the Solar System (94) NASA – The ring-region Saturnian moons Prometheus and Pan are both caught “herding” their respective rings in this image. Through their gravitational disturbances of nearby ring particles, one moon maintains a gap in the outer A ring and the other helps keep a ring narrowly confined.

Prometheus (53 miles, or 86 kilometers across), together with Pandora (not seen in this image), maintains the narrow F ring seen at the bottom left in this image. Pan (17 miles, or 28 kilometers across) holds open the Encke gap in which it finds itself embedded in the center. The bright dot near the inner edge of the Encke gap is a background star.

This view looks toward the unilluminated side of the rings from about 29 degrees below the ringplane. The image was taken in visible violet light with the Cassini spacecraft narrow-angle camera on Sept. 18, 2012.

The view was acquired at a distance of approximately 1.4 million miles (2.3 million kilometers) from Pan and at a Sun-Pan-spacecraft, or phase, angle of 98 degrees. Image scale is 9 miles (14 kilometers) per pixel.

The Cassini-Huygens mission is a cooperative project of NASA, the European Space Agency and the Italian Space Agency. The Jet Propulsion Laboratory, a division of the California Institute of Technology in Pasadena, manages the mission for NASA’s Science Mission Directorate, Washington, D.C. The Cassini orbiter and its two onboard cameras were designed, developed and assembled at JPL. The imaging operations center is based at the Space Science Institute in Boulder, Colo. Image credit: NASA/JPL-Caltech/Space Science Institute

By Bill Schneider – There’s a reason why President Barack Obama has chosen to put gun control at the top of his second-term agenda. No issue draws as bright a line between the Old America and the New America as the gun issue. It will keep his coalition mobilized – the New America coalition that delivered for him in the election: working women, single mothers, African-Americans, Latinos, Asian-Americans, Jewish and Muslim voters, young people, gays and educated professionals.

Obama paid tribute to the New America in his second Inaugural Address on Monday. “We possess all the qualities,” Obama declared, “that this world without boundaries demands, youth and drive, diversity and openness, of endless capacity for risk and a gift for reinvention.” more> http://tinyurl.com/arhjadb 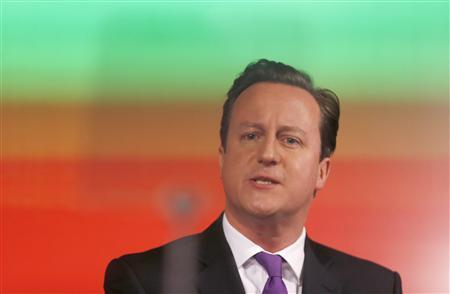 By Andrew Osborn and Peter Griffiths – Prime Minister David Cameron ended months of speculation by announcing in a speech the plan for a vote sometime between 2015 and the end of 2017, shrugging off warnings that this could imperil Britain’s economic prospects and alienate its biggest trading partner.

He said the island nation, which joined the EU’s precursor European Economic Community 40 years ago, did not want to retreat from the world, but public disillusionment with the EU was at “an all-time high”.

“It is time for the British people to have their say. It is time for us to settle this question about Britain and Europe,” Cameron said. more> http://tinyurl.com/avsk34b

By Elizabeth Montalbano – A Texas-based startup has released two new smart controllers as part of its flagship product line aimed at simplifying motion control for manufacturing automation and other types of robots.

The AX-50 and AX-100 controllers join the AX-RLX as offerings from Agile Planet, a company that grew from technology licensed from the University of Texas (UT), developed over about 15 years, CEO Chetan Kapoor told Design News. more> http://tinyurl.com/b9spbwn

By Steve Denning – Let’s suppose that in response to the growing public concern about the practice of gambling in cockpits, the head of the most active gambling airline went to Davos and announced that it was none of anyone’s business how much gambling in cockpits was going on.

The obvious reaction would be: why are the airlines gambling in the first place? Why don’t they get back to flying airplanes?

Similarly the reaction to Jamie Dimon when he makes similarly preposterous claims for the big banks in Davos should be: “Why don’t you stop gambling with other people’s money in zero-sum games that benefit no-one but yourself, and get back to focusing on financing the world’s real economy?” more> http://tinyurl.com/al33tds