NASA’s Tracking and Data Relay Satellite, TDRS-K, stands positioned between two pieces that make up the payload fairing that will protect the spacecraft during launch and ascent into space. Technicians working inside the Astrotech payload processing facility near NASA’s Kennedy Space Center in Florida will perform the encapsulation. Image credit: NASA/Frankie Martin Jan. 16, 2013 Inside the Astrotech payload processing facility near NASA’s Kennedy Space Center in Florida, the Tracking and Data Relay Satellite, TDRS-K, is being checked out prior to being encapsulated inside the Atlas V payload faring in preparation for launch. Image credit: NASA/Jim Grossmann Jan. 11, 2013

“With this launch, NASA has begun the replenishment of our aging space network,” said Jeffrey Gramling, TDRS project manager. “This addition to our current fleet of seven will provide even greater capabilities to a network that has become key to enabling many of NASA’s scientific discoveries.” more> http://tinyurl.com/ahutoaj By Matthew Melchiorre – Money expedites trade between individuals by dramatically reducing transaction costs. By denominating the value of a chair, apple, etc. in easily portable units that everyone accepts, a buyer of one person’s supply need not be the supplier of the same person’s demand. The carpenter and apple grower can now spend more time making chairs and picking apples and less time finding mutually beneficial transactions.

More money doesn’t make everyone richer; more production does. The carpenter and apple grower don’t want money per se, but the value of their products that money represents. more> http://tinyurl.com/b8pxggv

By Scott Hamilton – Unemployment in the 17-nation bloc climbed for a fifth month to 11.9 percent, according to the median of 34 economists‘s forecasts in a Bloomberg News survey. That result due on Feb. 1 would show the highest jobless rate since records began in 1995. By contrast, German unemployment data the day before may show the jobless rate there held steady for a fourth month at 6.9 percent in January, a separate survey found.

“The worst may be over for financial markets, but definitely not for the real economy,” Marco Valli, chief euro- area economist at UniCredit Global Research in Milan. more> http://tinyurl.com/a4txckx

Healthcare You Can Wear 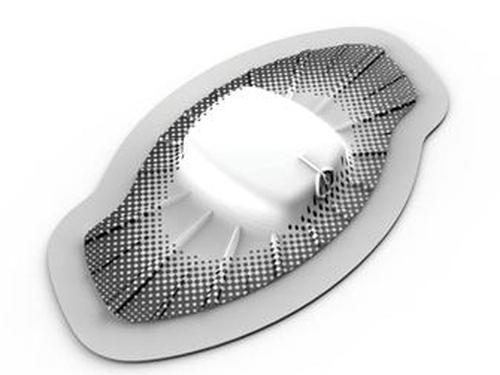 By Elizabeth Montalbano – It used to be that if a doctor wanted to find out a patient’s blood pressure, heart rate, or other vital signs, it would require a visit to the office or the hospital. That’s all been changing with the design and maturation of wearable sensor technology, which will give doctors or other caregivers the ability to monitor a person’s health remotely through a patch worn on the body.

The technology — from Vancive Medical Technologies, Proteus Digital Health, and others — paves the way for a range of new applications in weight management, wellness, and prevention programs that could improve a person’s health, and actually eliminate the need for doctor visits. more> http://tinyurl.com/9wwc5po

End of an era: Philips sells off consumer electronics division

By Mark Raby – Philips used to be a titan of consumer electronics, dating back to the 1930s when it was the top seller of radios. It then later invented audio cassette and VCR, and was later responsible for creating the CD medium. It would go on to be a successful supplier of DVD and Blu-ray players. There’s just one problem — almost all of those product categories rely on the necessity of physical medium. Philips was unable to reorganize its company to face the digital revolution. more> http://tinyurl.com/ac2795u