The future of free-market healthcare

By Douglas Holtz-Eakin and Avik Roy – Over nearly a century, progressives have pressed for a national, single-payer healthcare system. When it comes to health reform, what have conservatives stood for?

For far too long, conservatives have failed to coalesce around a long-term vision of what a free-market healthcare system should look like.

Obamacare is the logical byproduct of this conservative policy neglect. President Barack Obama’s re-election was a strategic victory for his signature healthcare law. Once the bulk of the program begins to be implemented in 2014 — especially its trillions of dollars in new health-insurance subsidies — it will become politically impossible to repeal. And as the baby boomers retire and Obamacare is fully operational, government health spending will reach unsustainable levels. more> http://tinyurl.com/ac8u5xq 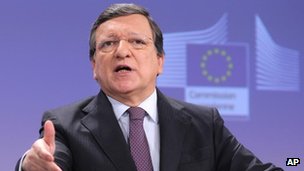 By Kevin Bogardus and Vicki Needham – Unions want to use negotiations on a U.S.-European Union (EU) trade deal as leverage to win stronger labor laws here in the United States.

Germany and other European nations have stronger union protections than does the U.S., and labor believes the trade talks could pressure U.S. officials into strengthening U.S. laws.

“People in labor see this as an opportunity, not as a threat,” said George Kohl, a senior director at the Communications Workers of America (CWA). more> http://tinyurl.com/byayq73

Russia asks: How do you stop space objects hitting Earth? 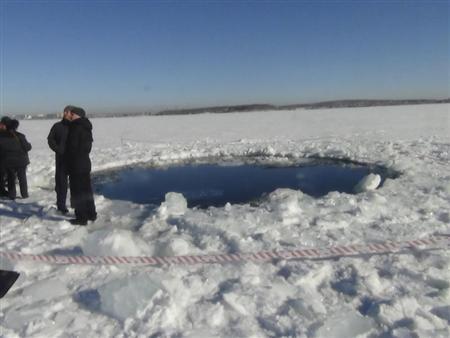 By Timothy Heritage and Gabriela Baczynska and Michael Shields – What can man do to prevent Earth being hit by meteorites and asteroids?

Russia has found, to its cost, that it has no answers.

For all their nuclear missiles, Dmitry Rogozin, a first deputy prime minister in charge of the defense industry said that neither the United States nor Russia could shoot down such meteors. more> http://tinyurl.com/awvpfph

In the Rush to Cloud Computing, Here’s One Question Not Enough People are Asking

By Joe McKendrick – What are we actually trying to accomplish? In the headlong rush to cloud, not enough people are asking this question.

once the business begins to recognize the advantages cloud provides, it opens up new possibilities that may have not even considered before. And these potential advantages extend well beyond simple cost reduction, Dan Kusnetzky, founder of Kusnetzky Group and former IDC analyst, says. more> http://tinyurl.com/amc9byq NASA and its international partners are targeting Friday, March 1, as the launch date for the next cargo resupply flight to the International Space Station by SpaceX. Launch is scheduled for 10:10 a.m. EST from Space Launch Complex 40 at Cape Canaveral Air Force Station in Florida.

SpaceX’s Dragon capsule will be filled with about 1,200 pounds of supplies for the space station crew and experiments being conducted aboard the orbiting laboratory Image credit: NASA/Kim Shiflett

Obama sees the limits of government

By Zachary Karabell – The initiatives Obama proposed are striking not for their sweep but for their limited scope. That reflects both pragmatism and realism: Not only is the age of big government really over, so is the age of government as the transformative force in American society. And that is all for the best.

Wait a minute, you might reasonably object: What about healthcare? What about the proposals for minimum -wage increases, for expanded preschool, for innovation centers, for $50 billion in spending on roads and infrastructure? Surely those are big government and aim, effectively or not, for transformation? more> http://tinyurl.com/awpkdsr

Stargazing FCC Chief Sees Broadband Future With His Own Unclear

By Todd Shields – Federal Communications Commission Chairman Julius Genachowski lives by his Apple iPad. He reads speeches off it. He marvels at using an app to identify constellations in the night sky. He wants everybody to be as connected as he is.

Genachowski will be remembered for the TV-airwaves auction and for changing the complex U.S. system of telephone subsidies to redirect money to broadband service, Jeffrey Eisenach, a visiting scholar at the Washington-based policy group American Enterprise Institute, said in an interview. more> http://tinyurl.com/bekvhs2

The pleasure of finding things out about Richard Feynman

The Pleasure of Finding Things Out, Author: Richard P. Feynman.

By Paul McNamara – “I think someone who can make science interesting is magical, and the person who did that better than anybody was Richard Feynman,” says Bill Gates in his 2009 introduction of the Microsoft-hosted Tuva Project, a collection of Feynman’s famous Messenger Lectures at Cornell University in 1964. (Feynman’s introduction by Cornell Provost Dale Corson is worth the time alone.) The lectures can be found on YouTube, as well. more> http://tinyurl.com/afr2xra

By Leila Abboud and Paul Sandle – Vodafone’s interest in Germany’s biggest cable company Kabel Deutschland (KD8Gn.DE) could foreshadow more fixed network acquisitions, notably in Spain, as it tries to keep up with tightening competition in Europe.

The trends are playing out at different speeds in Vodafone’s operations in Spain, Germany, the Netherlands and Italy, and over time are expected to push down profits in its core mobile business and force it to offer bundles of its own by renting capacity on rivals’ broadband networks. more> http://tinyurl.com/aqrc22c