NASA – One of the Expedition 35 crew members aboard the Earth-orbiting International Space Station exposed this 400 millimeter night image of the greater New York City metropolitan area on March 23, 2013.par
par
For orientation purposes, note that Manhattan runs horizontal through the frame from left to the midpoint. Central Park is just a little to the left of frame center.

Is the U.S. Manufacturing Renaissance Real?

By Rana Foroohar and Bill Saporito – U.S. manufacturing is back. That’e2’80’99s been the conventional economic wisdom now for several months, and there’e2’80’99s plenty of proof to back it up ‘e2’80ldblquote rising factory output, strong manufacturing production gains, and lower labor costs that make American workers more attractive.par
par
But at least one economic seer, Goldman Sachs’e2’80’99 chief economist Jan Hatzius, is throwing a bit of cold water on the idea. He recently released a report, which is getting a lot of attention on the web, arguing that the U.S. ‘e2’80’9cmanufacturing renaissance’e2’80’9d is cyclical, not structural ‘e2’80ldblquote meaning, the sector is doing as well as would have been predicted under any circumstances at this point in an economic recovery, and that the gains don’e2’80’99t point to a real seismic shift in U.S. manufacturing competitiveness.par
par
For every $1 of manufacturing output in a community, there’e2’80’99s another $1.48 of wealth created. more> http://tinyurl.com/bsvtf7u

Implications Of The Deal Between Vodafone And Verizon 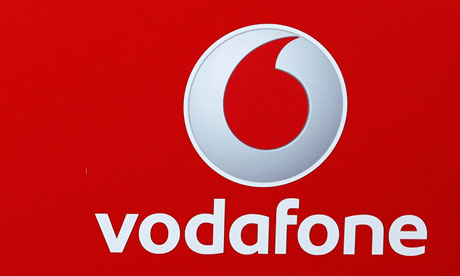 Alpha Hunter – Verizon Wireless is the largest mobile network operator in the US. It provides wireless services to 115.78 million subscribers and was able to add 2.442 million subscribers to its network in the 4th Quarter of 2012,par
par
Verizon Communications (VZ) is a provider of communication, information, entertainment products and services to consumers, businesses and governmental agencies. The company currently operates in two segments, Wireless and Wireline. In the wireless segments the company primarily operates under the brand name of Verizon Wireless and this segment contributes to more than 66% of the company’s revenues and a large portion of the company’s Operating Income.par
par
As the company’s wireline segment continue to contract, is becoming more dependent on Verizon Wireless.par
par
Vodafone provides voice and data communication services to both consumers and businesses and is one of the largest telecom companies in the world. VOD has significant presence in Europe, Middle East, Africa, Asia Pacific region and the United States. The company has achieved a stable growth in revenues and service subscribers over the years. more> http://tinyurl.com/bu8m664par
par
Related>par 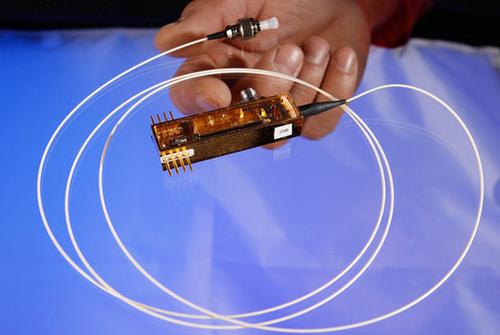 By Cabe Atwell – The variability of renewable sources are mainly caused by weather fluctuation, but can also be complicated by their long-distance location from heavily populated areas. This uncertainty is handled by grid management systems that properly allocate available renewable energy sources when available, but also quickly switches the energy supply to conventional reserves when a deficit occurs; a similar method is employed for energy excesses. To safeguard the grid’s management system, scientists hope to employ the latest encrypted data security measure — quantum cryptography.par
par
A team of researchers at the Los Alamos National Laboratory has successfully demonstrated the use of the new technology to safeguard data transmission. Quantum cryptography exploits the use of physics, rather than mathematical methods, to safely transmit data over long distances. more> http://tinyurl.com/ckp3o3x

By Jon Brodkin – Five years ago, an IBM-built supercomputer designed to model the decay of the US nuclear weapons arsenal was clocked at speeds no computer in the history of Earth had ever reached. At more than one quadrillion floating point operations per second (that’s a million billion, or a “petaflop”), the aptly-named Roadrunner was so far ahead of the competition that it earned the #1 slot on the Top 500 supercomputer list in June 2008, November 2008, and one last time in June 2009.par
par
Today (Mar 31), that computer has been declared obsolete and it’s being taken offline. Based at the US Department of Energy’s Los Alamos National Laboratory in New Mexico, Roadrunner will be studied for a while and then ultimately dismantled. While the computer is still one of the 22 fastest in the world, it isn’t energy-efficient enough to make the power bill worth it. more> http://tinyurl.com/cmnmguqpar
par
Related>par