NASA – Visible as a small, sparkling hook in the dark sky, this beautiful object is known as J082354.96+280621.6, or J082354.96 for short. It is a starburst galaxy, so named because of the incredibly (and unusually) high rate of star formation occurring within it.par
par
One way in which astronomers probe the nature and structure of galaxies like this is by observing the behavior of their dust and gas components; in particular, the Lyman-alpha emission. This occurs when electrons within a hydrogen atom fall from a higher energy level to a lower one, emitting light as they do so. This emission is interesting because this light leaves its host galaxy only after extensive scattering in the nearby gas ‘e2’80rdblquote meaning that this light can be used as a pretty direct probe of what a galaxy is made up of. Credit: ESA/Hubble and NASApar
par
more> http://tinyurl.com/cu87o7v

By John Perazzo – We now learn from the Washington Post that the Obama administration, in its relentless quest for ‘e2’80’9csocial justice,’e2’80’9d is pushing banks to make more loans to people with weak credit ratings.par
par
No, you aren’e2’80’99t in a time warp. This article wasn’e2’80’99t written ten years ago, before the housing-market crisis plunged the American economy into the proverbial sewer. Difficult as it may be to believe, the current president of the United States is actually prescribing precisely the same practice‘e2’80rdblquote government policies pressuring banks to lend money to unqualified applicants’e2’80rdblquote that caused the crisis in the first place. more> http://tinyurl.com/cxkc56xpar
par
Related>par

By Andreas Becker – Amid the EU’s lack of a strong central government to enforce common fiscal policy, a “shadow state” has emerged – a patchwork of agencies that is facing growing criticism as undemocratic and illegitimate.par
par
“Within this euro shadow state is a shadow government, the European Council,” senior Deutsche Bank advisor Thomas Mayer said at a recent lecture at the Academy for Civic Education in Tutzing, southern Germany. “There’s a shadow executive, the Eurogroup. And there’s a task force to implement discipline that was grossly infringed upon. That’s the troika.”par
par
The euro would not be viable without this shadow state. more> http://tinyurl.com/d5s3szo 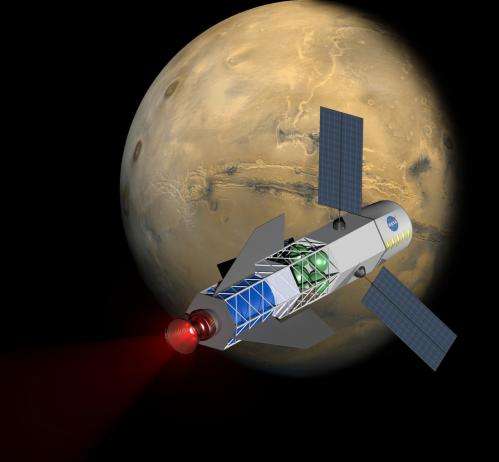 R&D Magazine – ‘e2’80’9cUsing existing rocket fuels, it’e2’80’99s nearly impossible for humans to explore much beyond Earth,’e2’80’9d says lead researcher John Slough, a UW research associate professor of aeronautics and astronautics. ‘e2’80’9cWe are hoping to give us a much more powerful source of energy in space that could eventually lead to making interplanetary travel commonplace.’e2’80’9dpar
par
The research team has developed a type of plasma that is encased in its own magnetic field. Nuclear fusion occurs when this plasma is compressed to high pressure with a magnetic field. The team has successfully tested this technique in the laboratory.par
par
Only a small amount of fusion is needed to power a rocket’e2’80rdblquote a small grain of sand of this material has the same energy content as 1 gallon of rocket fuel. more> http://tinyurl.com/d34e3f3

It’s Time For Companies To Fire Their Human Resource Departments

By Kyle Smith – Everybody has a’c2~Human Resources horror story.par
par
CEOs complain‘c2~that HR seems to put compliance first, people afterwards. A survey of C-level executives in Europe found‘c2~that 42 percent of respondents described their HR employees as too absorbed in process and heedless of the big picture.par
par
‘e2’80’9cAs HR leaders we feel ourselves to be near the pinnacle of the organization,’e2’80’9d wrote’c2~one HR exec.’e2’80’9dThe organization reports to us. It must meet our demands for information, documents, numbers.’e2’80’9d Leaders? As is often the case with bureaucrats, servants are mistaking themselves for masters. more> http://tinyurl.com/cq36fdc