By Lori Montgomery – President Obama will unveil his 2014 spending plan Wednesday (Apr 10), 65 days late and several trillion dollars short, by Republican standards, of effectively reining in the national debt.par
par
But the more relevant fact about the White House budget may be the yawning political void into which it is about to fall on Capitol Hill.par
par
An actual deal remains elusive. It is not even clear who will do the negotiating. more> http://tinyurl.com/dy6xm76par
par
Related>par

By Steve Denning – J.C. Penney Co. [JCP] has ousted its CEO, Ron Johnson, the chief executive who reinvented retail at Apple Inc. [AAPL] and who arrived at JC Penney just 17 months ago.par
par
‘e2’80’9cOne of the big mistakes was perhaps too much change too quickly without adequate testing on what the impact would be,’e2’80’9d said Bill Ackman, the principal shareholder of JCPenney’e2’80’99s and the driving force behind Johnson’e2’80’99s recruitment.par
par
Was Johnson’e2’80’99s idea itself flawed? Offering Better product and being more honest with the consumer. Was it too much too fast? Or was the idea itself ok? more> http://tinyurl.com/coe352r

Posted in Business, Education, How to, Media, Net, Product, Technology 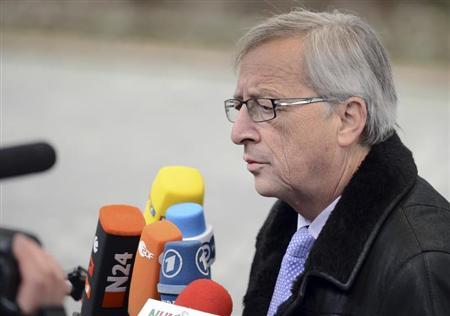 By Michele Sinner – Luxembourg plans to lift bank secrecy rules for European Union citizens who have savings based in the country, the prime minister announced on Wednesday (Apr 10), marking a sharp shift in policy that will take effect from 2015.par
par
Luxembourg, with a banking industry roughly 22 times the size of its economy and with deposits equivalent to 10 times its GDP, has come under renewed pressure to change. The heavy losses imposed on uninsured deposit holders in the bailout of Cyprus underscored the weak bargaining position of smaller EU states should they run into difficulty. Cyprus’s financial sector, swollen with foreign funds lured by low taxes and light regulation, also dwarfed the island’s economy. more> http://tinyurl.com/c2z2ljd