NASA – NASA’s remotely piloted X-48C hybrid-wing-body subscale aircraft, which demonstrates technology concepts for cleaner and quieter commercial air travel, completed an eight-month flight research campaign on April 9, 2013.par
par
In this image, the aircraft flies over the intersection of several runways adjacent to the compass rose on Rogers Dry Lake at Edwards Air Force Base during one of the sub-scale aircraft’s final test flights on Feb. 28, 2013.par
par
The scale-model aircraft, shaped like a manta ray, was designed by The Boeing Co., built by Cranfield Aerospace Limited of the United Kingdom, and flown in partnership with NASA. The X-48C is a version of NASA’s X-48B blended wing body aircraft modified to evaluate the low-speed stability and control of a low-noise version of a notional hybrid-wing-body design. This design features a flattened fuselage with no tail, and engines mounted on top of the fuselage at the rear of the plane. The design stems from concept studies for commercial aircraft that could be flying within 20 years. The studies are under way in NASA’s Environmentally Responsible Aviation Project. Image Credit: NASA / Carla Thomas

By Alexander Bolton – The Senate’e2’80’99s Gang of Eight on Tuesday (Apr 16) released the details of a broad agreement to overhaul the nation’e2’80’99s immigration laws.par
par
The legislation would give provisional legal status to an estimated 11 million illegal immigrants and put them on a pathway to citizenship but only after a list of criteria for securing the U.S.-Mexico border are achieved. more> http://tinyurl.com/c7dq9gspar
par
Related>par

Gold’s fall not a harbinger of happy days

By James Saft – Monday marked the second day of gold’s worst two-day tumble since 1983, as it fell more than 9 percent amid huge volumes, taking its total losses since Friday to 14 percent.par
par
Rather than worrying about the histrionics of gold, we should be paying close attention to the economic data. It has not been encouraging.par
par
China, particularly, is no longer quite the engine of growth and demand it once was.par
par
Neither are things humming very convincingly along in the U.S., as shown by poor industrial and jobs data recently. more> http://tinyurl.com/c8td5qzpar
par
Related>par

By Toby Sterling – Royal Philips NV, the Dutch consumer appliances giant, said Thursday (Apr 11) that it has developed an LED light that will soon be far more efficient than the best fluorescents on the market. That should make it cheaper and greener, as well.par
par
It’s a combination that will inevitably help the LED dominate the market for illuminating the world’s workplaces, according to the global leader in lighting sales.par
par
“This is a major step forward for the lighting world,” said Rene van Schooten, CEO of Philips’ light sources division. “It will bring an enormous savings in energy.” more> http://tinyurl.com/cxl6d8jpar 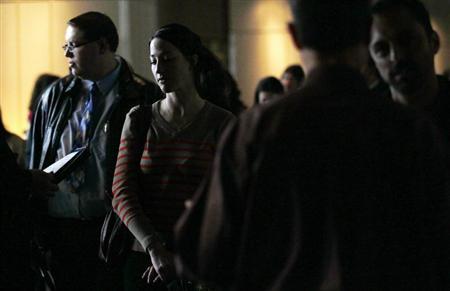 By Jonathan Spicer – The droves of Americans who have abandoned hope of finding a job should make the Federal Reserve hesitant to remove its support for the economy, according to a study that makes a bold argument for a sustained easy monetary policy.par
par
The share of working-age Americans who either have a job or are looking for work has fallen to its lowest in 34 years. more> http://tinyurl.com/d7fzpq7

CONGRESS WATCHpar par A January 2013 report by the Congressional Research Service (pdf, fas.org)‘c2~observed a “historically unprecedented increase in the federal prison population” since 1980. The number of federal inmates increased from around 25,000 in 1980 to 219,000 in 2012, … Continue reading →

CONGRESS WATCHpar par Today is Tax Day 2013, a day that should remind us all of the need to reform our nation’s overly complex tax code, ConstantContact par par