NASA – IceBridge closed out the fourth week of its Arctic campaign with a flight over the striking landscape of eastern Greenland’s Geikie Peninsula and a survey of a Canadian ice cap before taking two days off over the weekend. Soon the mission will return to Thule to finish up Arctic flights for 2013.par
par
The morning of April 12, 2013 saw the P-3B take off for a flight to the west, across the Davis Strait to Canada’s Baffin Island. This island, the largest one in Canada, is home to an ice formation known as the Penny Ice Cap. This mission was a repeat of airborne surveys by the ATM and radar teams flown in 1995, 2000 and 2005, and added new survey lines along ICESat ground tracks. Previous airborne surveys showed the ice cap thinning and glaciers retreating in the area and the April 12 mission aimed at measuring several glaciers in the area to see how much the Penny Ice Cap has melted in recent years.par
par
The image captures ice covered fjord on Baffin Island with Davis Strait in the background. Image Credit: NASA/Michael Studinger

It’s no quick economic fix, but America will pay the price if it neglects its infrastructure

By Richard Blackden – In a country that has only just begun to chip away at its $17 trillion (‘c2’a311 trillion) debt, Obama faces the opposite criticism: that he wants to write checks for new roads and bridges when the US can least afford it.par
par
There’e2’80’99s no doubt that America’e2’80’99s infrastructure needs a facelift. Every four years, the American Society of Civil Engineers (ASCE) delivers a report card. In its latest assessment of the country’e2’80’99s infrastructure published in March, the ASCE actually upgraded the US from a D. But it still only got a D+. more> http://tinyurl.com/bpf6n8npar
par
Related>par

By George Bradt – Whether you call them ‘e2’80’9cfirst followers’e2’80’9d or ‘e2’80’9cfront line,’e2’80’9d leadership is about inspiring and enabling others to do their absolute best together to realize a meaningful and rewarding shared purpose.par
par
IBM’e2’80’99s head of human resources, Randy McDonald gets it, saying ‘e2’80’9cTrust people at the lower levels. They live it. They understand it.’e2’80’9dpar
par
Yum! Brands CEO David Novak gets it, flipping the model so that his corporate headquarters is merely one big restaurant support center.par
par
Steelcase’e2’80’99s Jim Hackett gets it, pushing his team to think, develop a point of view, plan to implement and then implement.par
par
Ron Johnson did not get it at JC Penney, as he tried to push his ideas down in the organization. His front line employees told him the risks. But he either never asked or never cared until it was too late. more> http://tinyurl.com/cwt8d98 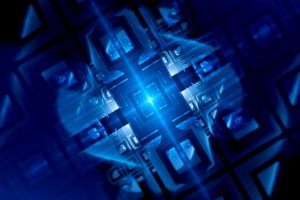 By Ann Steffora Mutschler – For quantum cryptography to work, it’e2’80’99s necessary to encode the message’e2’80rdblquote which could be a bank password or a piece of military intelligence, for example’e2’80rdblquote just one photon at a time. That way, the sender and the recipient will know whether anyone has tampered with the message.
University of Michigan researchers have demonstrated a simpler, more efficient single-photon emitter that can be made using traditional semiconductor processing techniques. more> 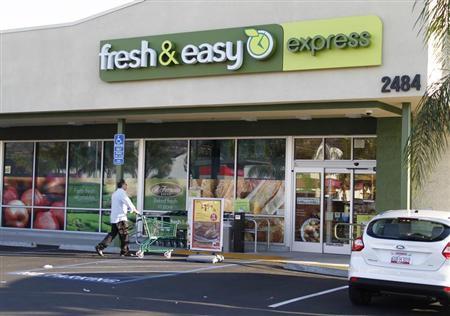 By James Davey and Kate Holton – Britain’s biggest retailer, Tesco, wrote down the value of its global operations by $3.5 billion and announced plans to exit the United States.par
par
Tesco’s fightback plan for Britain, where it makes over 60 percent of revenue and profit, has focused on more staff, refurbished stores, revamped food ranges and price initiatives – all aimed at reversing years of underinvestment and halting a loss of share to rivals like J Sainsbury and Asda. more> http://tinyurl.com/bslwfmepar
par
Related>par