NASA – NASA launched the Earth Observing System’s flagship satellite “Terra,” named for Earth, on December 18, 1999. Terra has been collecting data about Earth’s changing climate. On February 24, 2000, sensors on NASA’s Terra satellite began opening their shutters and making their first observations. The mission ushered in a decade of observations from NASA’s Earth Observing System, a coordinated series of satellites that monitor how Earth is changing.

This image is based largely on observations from the Moderate Resolution Imaging Spectroradiometer (MODIS) – a sensor aboard the Terra Satellite – on July 11, 2005. Small gaps in MODIS’ coverage between overpasses, as well as Antarctica (which is in polar darkness in July), have been filled in using GOES weather satellites and the latest version of the NASA Blue Marble.)

By Ralph Benko – There was an unclean deal on immigration reform almost thirty years ago, details here revealed for perhaps the first time.  It needs to be cleaned up.  Rubio’s way is the right way.  The 1986 immigration reform legislation signed into law, by President Reagan, was based on a secret deal. That deal led to what Rubio, forcefully and correctly, has stated: “What we have in place — is horrible for America.”

Exactly what was the deal? According to a private conversation between this columnist and one of its negotiators, an understanding was reached in 1986 that future immigration would be restricted and that the restrictions would not be enforced. more> http://tinyurl.com/d3rzy2f

Democracy’s Good Name: The Rise and Risks of the World’s Most Popular Form of Government, Author: Michael Mandelbaum. 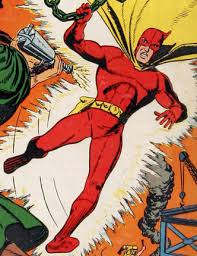 By Michael Maiello – Enabled by mass-produced technology, the United States is fast becoming a society of snoops and tattletales. While this has obvious advantages for law enforcement, it threatens the health of civil society, which depends on trust among its members.

People are free, of course, to say what they want and to investigate what they want. People in public spaces have no real expectation of privacy. But there needs to be some negative consequences for those investigations that have gone wrong, if only to deter amateur sleuths from too enthusiastically pursuing their quarry and smearing people with allegations. more> http://tinyurl.com/coucrnf

PLM Needs To Be Viewed As Strategic Corporate Asset

By Kevin Prendeville – During the past several years the tables have turned on a number of large high-tech companies as several market leaders have become followers, and several followers have become market leaders. The dramatic change has pivoted on the ability of these market followers to leverage investments in product development processes to deliver more innovative and impactful products than the leaders. These processes, known as Product Lifecycle Management (PLM), extend from idea gener­ation, through product market launch, to product retirement.

By Robert W. Wood – Legislation giving states the power to compel retailers outside their borders to collect online sales tax is a touchy subject for Internet merchants and consumers alike. Tax applies now, but consumers are supposed to self-report. Most don’t despite the fact that sales and use tax applies in 45 states and DC.