NASA – This image of Saunders Island and Wolstenholme Fjord with Kap Atholl in the background was taken during an Operation IceBridge survey flight in April, 2013. Sea ice coverage in the fjord ranges from thicker, white ice seen in the background, to thinner grease ice and leads showing open ocean water in the foreground.

In March 2013, NASA’s Operation IceBridge scientists began another season of research activity over Arctic ice sheets and sea ice. IceBridge, a six-year NASA mission, is the largest airborne survey of Earth’s polar ice ever flown. It will yield an unprecedented three-dimensional view of Arctic and Antarctic ice sheets, ice shelves and sea ice. These flights will provide a yearly, multi-instrument look at the behavior of the rapidly changing features of the Greenland and Antarctic ice.

Why Is Your Doctor Typing? Electronic Medical Records Run Amok

By Steve Denning – Computerized medical records generate benefits. They are easily retrievable. They can be transferred from one practice to another and accessible to the many different service providers–hospitals, laboratories, specialists, radiology and so on–that might be involved in any one patient.

“In theory, perhaps,” he replied. “But in practice, it’s a horrible and costly bureaucracy that is being imposed on doctors. I spend less time with patients, and more time filling out multiple boxes on forms that don’t fit the way I work. Often I am filling out the same information over and over again. A lot of it is checking boxes, rather than understanding what this patient really needs.”

Paying people to work unintelligently doesn’t work and ultimately will be ineffective. What is needed are systems that actually help doctors do their work. more> http://tinyurl.com/d9uq3yt

Technology Is Not The Problem — It Is The Solution

By Robert Atkinson – A long list of pundits are blaming our high tech society for America’s sustained unemployment with the Associated Press, Recession, Tech Kill Middle-class Jobs, and 60 Minutes, Are Robots Hurting Job Growth?, among others arguing that automation, faster computers and robots are replacing humans and that whole industry sectors, from secretaries to travel agents are disappearing.

Productivity gains through increased technology use have actually enhanced job growth. Savings from more efficient industry flow back to the economy in three ways: lower prices, higher wages for the remaining employees, and higher profits.

This is not to say that productivity-enhancing technologies don’t sometimes result in short-term job loss. more> http://tinyurl.com/c9mfcmj 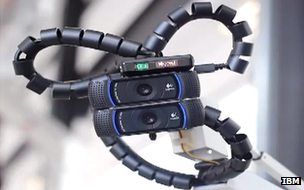 By Michael Cooney – According to IBM, once on site, an engineer can use the smart phone and QR codes to locate and identify an asset and receive maintenance instructions. The smart phone app uses augmented reality technology to overlay points of interest over a plan of the site. One of the greatest challenges service engineers face is finding broken equipment in a large, unfamiliar manufacturing location.

The system is completely transportable and operates hands free so the engineer can place it anywhere and lets them direct data to either their mobile phone or the robot’s projector, said Richard Lanyon-Hogg, IBM Technical Director for the industrial sector. more> http://tinyurl.com/dy9s6z4

Google: Government requests to remove political content on the rise

CONGRESS WATCH S. 743, Marketplace Fairness Act of 2013 Statement for the Record on the Status of the Highway Trust Fund Presentation on Innovation Policy What Changes in Federal Policy Might Spur Innovation? H.R. 1422, EPA Science Advisory Board Reform … Continue reading →