Hubble Sees a Horsehead of a Different Color NASA – Astronomers have used NASA’s Hubble Space Telescope to photograph the iconic Horsehead Nebula in a new, infrared light to mark the 23rd anniversary of the famous observatory’s launch aboard the space shuttle Discovery on April 24, 1990.

Looking like an apparition rising from whitecaps of interstellar foam, the iconic Horsehead Nebula has graced astronomy books ever since its discovery more than a century ago. The nebula is a favorite target for amateur and professional astronomers. It is shadowy in optical light. It appears transparent and ethereal when seen at infrared wavelengths. The rich tapestry of the Horsehead Nebula pops out against the backdrop of Milky Way stars and distant galaxies that easily are visible in infrared light.

Hubble has been producing ground-breaking science for two decades. During that time, it has benefited from a slew of upgrades from space shuttle missions, including the 2009 addition of a new imaging workhorse, the high-resolution Wide Field Camera 3 that took the new portrait of the Horsehead. Image Credit: NASA/ESA/Hubble Heritage Team

Even After the Lies of Boston, Twitter Probably Won’t Build an Edit Button

By Rebecca Greenfield – The two most damning falsehoods of the Boston frenzy–the unapologetic New York Post cover and the misbegotten outing of a 22-year-old missing Brown student–left many real-time enablers regretful, including many powerful Twitter users.

Just think of all the places a tweet will go: Your feed, your followers’ feeds, then–if it’s retweeted–to their followers feeds. And then there are all the apps and clients that serve all these functions on top of that. Going through each feed and inbox to change that data attached to each message would be a “dicey prospect,” says Evan Prodromou, founder of Status.Net, an opensourced social service. more> http://tinyurl.com/d2f3fzd 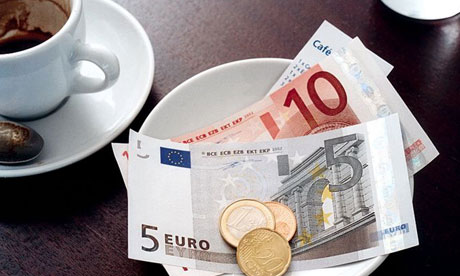 By Ian Traynor – JÃ¼rgen Habermas, the Frankfurt professor whose political thinking has helped shape Germany over the past 50 years, called for the EU to be turned into a supranational democracy and the eurozone to become a fully fledged political union, while lambasting the “technocratic” handling of the crisis by Brussels and European leaders.

“The German government holds the key to the fate of the European Union in its hands. The main question is whether Germany is not only in a position to take the initiative, but also whether it could have an interest in doing so,” he said. more> http://tinyurl.com/cjnf8ke

The Right Touch for Control

R&D – When not properly controlled or monitored, a scientific instrument is of little practical use. High-accuracy electrical signal test equipment such as oscilloscopes, voltage testers, and data acquisition sets require a high degree of control of multiple parameters simultaneously.

By Kamal Ahmed – Verizon‘s biggest problem is that Vodafone is in no hurry to sell. Even though many judge the present relationship “sub-optimal”, and Verizon is clearly agitating for a change, Verizon Wireless is posting growth rates at emerging market levels in the most important telecommunications sector in the world – America.

“I think the merger or full takeover scenario, although not at the forefront of discussions right now, could actually end up being the more palatable deal,” Ralph Brook-Fox, UK equities fund manager at Ignis Asset Management, a top 40 institutional shareholder in Vodafone, told Reuters this weekend. more> http://tinyurl.com/c7u6dte