Springtime in the Bay of Biscay NASA – Springtime in the Bay of Biscay, off the coast of France, as in most places, is a season of abundant growth. On April 20, 2013, the Moderate Resolution Imaging Spectroradiometer (MODIS) aboard NASA’s Aqua satellite captured this true-color image of the dynamic growth of a springtime phytoplankton bloom.

The swirling colors indicate the presence of vast numbers of phytoplankton – tiny plant-like microorganisms that live in both fresh and salt water. Although these organisms live year-round in the Bay of Biscay, it is only when conditions are right that explosive blooms occur. In spring, the lengthening sunlight, the increased nutrient load swept into the Bay from ocean currents and from snowmelt carried by freshwater rivers, combined with warming waters create the perfect conditions to spur phytoplankton in to tremendous growth. The result is a swirling, multi-hued discoloration that can be easily seen from space.

Each year, typically from March through April, such blooms occur in the Bay of Biscay. By May, however, conditions are not as favorable and the blooms fade, then disappear Image Credit: NASA GSFC 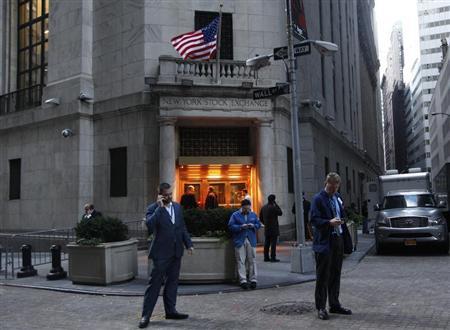 By James Saft – U.S. corporate earnings appear as if reflected in a distorting fun-house mirror: profits are huge but revenues strangely shrunken.

Corporate profits have grown strongly, up 2.1 percent among S&P 500 companies reporting first-quarter earnings so far, with 70 percent exceeding analysts’ expectations.  Revenues, however, are falling; down 0.6 percent compared to a year ago, marking the second quarter out of three that cash coming into corporate coffers has shrunk.

Understanding how this unsustainable state came to be and how long it might go on is the key to knowing not just what will happen with stock markets but perhaps with the economy itself. more> http://tinyurl.com/cx3oz6w

The Secrets to Becoming a Great Programmer

By Jacob Beningo – During the darkest hours of the design process when deadlines have passed, bugs are running rampant and the light at the end of tunnel is a dimly lit memory, the search for great programmers begins.

These fabled wizards of industry can turn a dying program into a thriving reconfigurable and bug-free product at the drop of a hat. Design teams lucky enough to have one of these magicians on staff hardly understand the pain of delivering a product late, over budget or bug-ridden. Lurking in the back of the minds of engineers familiar with these individuals is a burning question: “What are the secrets to becoming a great programmer?”

By Michael Cooney – Even the often far-reaching researchers at Defense Advanced Research Projects Agency (DARPA) seems to think this one is a stretch: Develop what’s known as mobile ad-hoc wireless technology that lets 1000- 5000 nodes connect simultaneously and securely connect in the field.

“A MANET of a thousand nodes could support an entire battalion without the need for manual network setup, management and maintenance that comes from ‘switchboard’-era communications,” said Mark Rich, DARPA Program Manager. more> http://tinyurl.com/cyl98qz

By Bill Schneider – Republicans had an immigration problem nearly 100 years ago. A huge wave of immigrants from southern and eastern Europe – Poles, Hungarians, Italians, Jews – came to this country during the first two decades of the 20th century, before strict national quotas were imposed in 1924. These immigrants were largely Catholic and Jewish. more> http://tinyurl.com/d386hlr