NASA – In October 2012, satellites measured subtle signals that suggested volcanic activity on remote Heard Island. These images, captured several months later, show proof of an eruption on Mawson Peak. By April 7, 2013, Mawson’s steep-walled summit crater had filled, and a trickle of lava had spilled down the volcano’s southwestern flank. On April 20, the lava flow remained visible and had even widened slightly just below the summit.

These natural-color images were collected by the Advanced Land Imager (ALI) on the Earth Observing-1 (EO-1) satellite.

By George Bradt – Leadership is conducted across a series of moments – moments of opportunity and opportunities to make an impact. Whether planned or unplanned, seen or unseen, known or unknown, they go by in a flash.

This is Brian Krzanich’s moment as Intel’s new CEO.

Intel is at a crossroads. As the PC market continues to decline, Intel either goes down with it or innovates in new areas like “ultra-mobility” to get on a new path to growth. By all accounts Krzanich is poised to lead that change. It’s not going to be a one-time shift, but will require an on-going set of iterative conversations and adjustments. more> http://tinyurl.com/ctqg8y3 IBM – Scientists from IBM (NYSE: IBM) today (May 01) unveiled the world’s smallest movie, made with one of the tiniest elements in the universe: atoms. Named “A Boy and His Atom,” the GUINNESS WORLD RECORDS -verified movie used thousands of precisely placed atoms to create nearly 250 frames of stop-motion action.

“Capturing, positioning and shaping atoms to create an original motion picture on the atomic-level is a precise science and entirely novel,” said Andreas Heinrich, Principle Investigator, IBM Research. “At IBM, researchers don’t just read about science, we do it. This movie is a fun way to share the atomic-scale world while opening up a dialogue with students and others on the new frontiers of math and science. more> http://tinyurl.com/cozxvvb

Autodesk – The Autodesk Partner Solutions Resource Catalog is the essential resource for all CAD professionals using Autodesk applications in North America. It covers all aspects of the CAD/CAM industry (digital edition).

The 6th edition of the Autodesk Media & Entertainment Technology Innovators publication is an essential resource for market leading innovation and technology for media and entertainment professionals (digital edition). 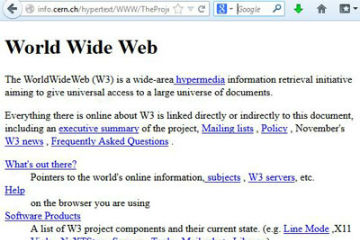 By Fox Van Allen – One very important webpage has been rescued from history. Yesterday (Apr 30), European particle physics laboratory CERN returned the first ever Internet website to its rightful place on the Web. more> http://tinyurl.com/clxmvy8