Sunrise Over the South Pacific Ocean NASA – The sun is about to come up over the South Pacific Ocean in this colorful scene photographed by one of the Expedition 35 crew members aboard the Earth-orbiting International Space Station between 4 and 5 a.m. local time, May 5, 2013.

The space station was at a point above Earth located at 27.4 degrees south latitude and 110.1 degrees west longitude, a few hundred miles east of Easter Island. 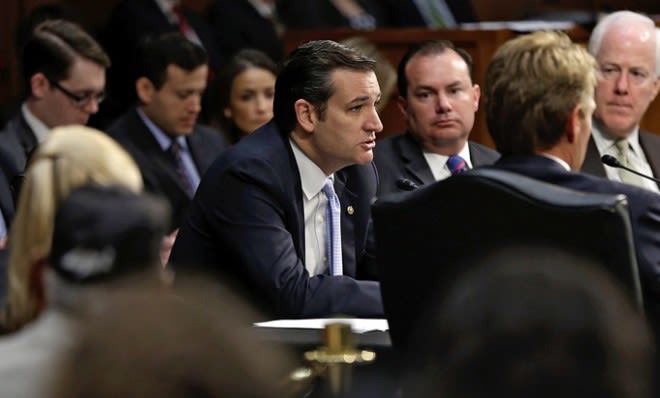 By Alexander Bolton – The Senate’s Gang of Eight fended off a slew of poison-pill amendments aimed at the immigration reform bill, building momentum for the legislation that has sparked strong opposition from conservatives.

The Senate Judiciary Committee voted down GOP-sponsored amendments to delay putting 11 million illegal immigrants on a path to citizenship and to dramatically increase the number of Border Patrol agents and surveillance vehicles. more> http://tinyurl.com/cbtopyp 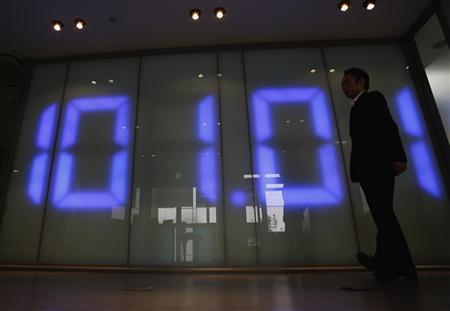 By Vidya Ranganathan – The yen’s fall past 100 per dollar highlights growing concerns about ultra-loose monetary policy around the globe and raises the prospect that policymakers elsewhere may take action to protect their economies from a tide of hot money.

Fears that a global currency war is brewing were fueled when the Reserve Bank of Australia and Bank of Korea both cut interest rates this week, citing the strength of their currencies as one of the reasons to act.

New Zealand’s central bank confessed for only the second time since 1985 that it had intervened in currency markets. more> http://tinyurl.com/d2gqkoq

New Live 3D Pipeline Between Cinema 4D and Adobe After Effects
Autodesk – The new live 3D pipeline between CINEMA 4D and After Effects, which eliminates intermediate rendering between applications, is made possible by CINEWARE, which establishes a bridge between the two applications. One of the biggest benefits to artists will be seen in a streamlined workflow, enabling them not only to import native CINEMA 4D scenes directly as assets into After Effects but also to utilize CINEMA 4D’s multi-pass workflow as layers. Users will benefit from decreased rendering time because CINEWARE makes CINEMA 4D’s Advanced Rendering Engine available directly inside After Effects. With access to this functionality, rather than having to render every revision, users will now be able to work on CINEMA 4D projects within After Effects and see the changes in real-time.

“This pipeline cannot be found anywhere else to this extent, and it will completely change the workflow of artists in the future,” says Harald Egel, MAXON’s co-founder and CEO. more> http://tinyurl.com/d8lxa29

Should Everyone Go To College?

By Stephanie Owen and Isabel V. Sawhill – For the past few decades, it has been widely argued that a college degree is a prerequisite to entering the middle class in the United States.

One way to estimate the value of education is to look at the increase in earnings associated with an additional year of schooling. However, correlation is not causation, and getting at the true causal effect of education on earnings is not so easy. The main problem is one of selection: if the smartest, most motivated people are both more likely to go to college and more likely to be financially successful, then the observed difference in earnings by years of education doesn’t measure the true effect of college. more> http://tinyurl.com/bus4sz8

CONGRESS WATCH< Macroeconomic Analysis of Legislative Proposals CBO’s Panel of Health Advisers A Description of the Immigrant Population–2013 Update Snapshot of the Unemployment Rate of People Ages 25 to 64, by Birthplace, 1994 to 2012 Snapshot of the Number of … Continue reading →