NASA – The Soyuz TMA-07M spacecraft is seen as it lands with Expedition 35 Commander Chris Hadfield of the Canadian Space Agency (CSA), NASA Flight Engineer Tom Marshburn and Russian Flight Engineer Roman Romanenko of the Russian Federal Space Agency (Roscosmos) in a remote area near the town of Zhezkazgan, Kazakhstan, on Tuesday, May 14, 2013. Hadfield, Marshburn and Romanenko returned from five months onboard the International Space Station where they served as members of the Expedition 34 and 35 crews.

Will Obama suffer the ‘second-term curse’? By Karen Tumulty and Philip Rucker – Recent events suggest that the 44th president may not be immune to the phenomenon that historians call the “second-term curse.”

Not four months after his ambitious inaugural address, President Obama finds himself struggling to move his legislative agenda through an unbudging Congress.

Over the past week, two flaring controversies — one over his administration’s handling of the killing of the U.S. ambassador and three other Americans in Libya, the other over Internal Revenue Service employees targeting tea party groups for special scrutiny — have dominated the discussion in Washington. more> http://tinyurl.com/cobll6x

By Charles R. Morris – This is the world of shale gas and oil — which has revolutionized the U.S. energy position. These particular wells are in Oklahoma and are owned by Devon Energy Inc., one of the country’s larger independent exploration and production companies. Drills go two miles straight down, then turn to go another mile through shale rock steeped with gas and gas liquids. The shale is “fractured” with a high-pressure burst of water, sand and chemicals to start the product flowing. Once the flow is stabilized, the rig is removed and the well is connected to a permanent gathering pipeline. It should produce hydrocabons for 15 to 20 years.

By 2020 or so, the United States is expected to surpass Saudi Arabia in oil output, and Russia in gas, according to the International Energy Association’s best estimate. more> http://tinyurl.com/d6plwhd

By Ann Steffora Mutschler – Chip interconnect protocol requirements are evolving as designs move to 20nm and below process geometries, and not always in predictable ways.

The basic concept behind cache is that data is stored closer to processor for faster access. Cache coherence allows copies of that data to be stored in multiple places. But to be coherent, it also has to be updated regularly at all places where it is stored, and that means the interconnects have to keep up with this whole process.

“So suddenly, instead of just talking to memory you’re talking to local memories, and those local memories are talking to other people’s local memories to try and make sure whenever you need something you’ve got the right version,” Drew Wingard, CTO at Sonics said. “That has a big impact on what happens at the interconnect fabric level on these chips.” more>

Weak yen a boon for investors, not Japan 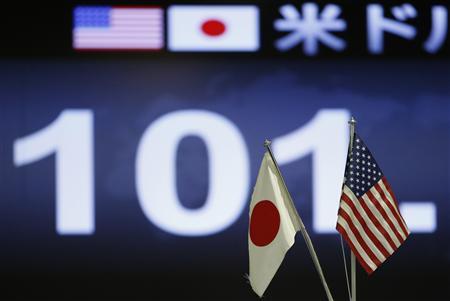 By James Saft – The yen has fallen by more than 20 percent since Prime Minister Shinzo Abe, who advocates aggressive monetary and fiscal policy, was elected in December, busting through the 100 yen to the dollar level last week.

But a look at the actual data shows Japanese companies, like British ones during a similar bout of currency weakness in 2008, appear to be more eager to use a newly competitive currency to pad profits through higher margins rather than higher export volumes.

“Japanese companies have not actually cut the foreign currency prices of their exports. Just as with the UK exporters, the Japanese have chosen to hold foreign prices constant, maintain market share, and increase the yen value and thus the yen profit associated with yen depreciation,” UBS economist Paul Donovan writes. more> ttp://tinyurl.com/ct2m38j