Saturn’s C and B Rings From the Inside Out NASA – On July 1, 2004, NASA’s Cassini spacecraft arrived at Saturn, marking the end of the spacecraft’s nearly seven-year journey through the solar system as well as the beginning of its tour of Saturn, its rings, moons and magnetosphere.

This image, taken on June 30, 2004 during Cassini’s orbital insertion at Saturn, shows, from left to right, the outer portion of the C ring and inner portion of the B ring. The B ring begins a little more than halfway across the image. The general pattern is from “dirty” particles indicated by red to cleaner ice particles shown in turquoise in the outer parts of the rings.

The ring system begins from the inside out with the D, C, B and A rings followed by the F, G and E rings.

This image was taken with the Ultraviolet Imaging Spectrograph instrument, which is capable of resolving the rings to show features up to 97 kilometers (60 miles) across, roughly 100 times the resolution of ultraviolet data obtained by the Voyager 2 spacecraft.

Is The Creative Economy Also In Trouble?

By Steve Denning – The first Industrial Revolution was that of steam and railroads from 1750 to 1830.

The second Industrial Revolution was that of electricity, internal combustion engine, running water, indoor toilets, communications, entertainment, chemicals, petroleum which went from 1870 to 1900.

The third Industrial Revolution was that of computers, the web, mobile phones went from 1960 to present.

Economic growth thus gradually accelerated after 1750, reached a peak in the middle of the 20th century, and has been slowing down since. His (Robert Gordon) thesis is that the economy is moving back to the “normal” state that it was in from 1300 to 1750, namely, zero growth. more> http://tinyurl.com/kzjj5kt

How To Use 10 Psychological Theories To Persuade People

How to Win Friends and Influence People, Author: Dale Carnegie. 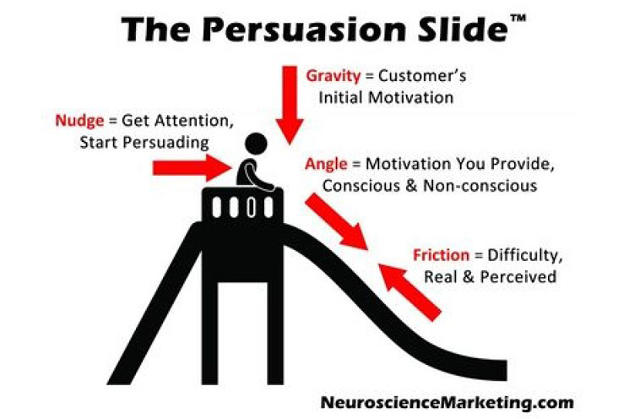 By Kevan Lee – The three steps in between the physiological needs and the fulfillment needs are where marketing most directly applies.

In Maslow’s pyramid [2, 3, 4], the descriptions for these needs don’t exactly have a marketing perspective to them, so it requires a little creativity to see how you can tailor your message to fit these needs. more> http://tinyurl.com/kwvygux GE – It could happen anywhere. An airline is about to send a jet to the gate, when a mechanic detects a possible crack in the fuselage during a routine check.

Bob Ward, a general manager at GE Inspection Technologies, whose specialty is electromagnetic eddy current testing, and his team recently developed a portable system connected to the Industrial Internet that allows mechanics to test parts and tap the wisdom of the crowd to analyze them.

“We saw that there was a need in the marketplace to lower the learning curve for young inspectors and transfer knowledge to them from older workers.”

The system records testing data, matches it with inspection guidelines developed by experienced inspectors, and displays the results on a tablet-like device. It also ditigizes the paper trail.

Technicians can use it to communicate with their peers around the world. “The customer can feel confident the data inspectors are getting when they need to decide whether a plane should fly,” Ward says.

Like other non-destructive diagnostic tools, the system uses eddy-current to detect tiny cracks inside parts or under layers of paint. The probe generates a complimentary magnetic field that induces eddy current in parts made from conductive materials. Defects change the flow of the current and alter the magnetic field.

Reading the signals, however, is a complex task that often requires years of expertise with the instrument. Even experts frequently rely on thick field manuals to read the data and compare notes with colleagues to interpret the results.

The best inspectors are not getting younger. Some 40 percent of them are 56 years old or older.

“There’s a problem with the pipeline of technicians.” more> http://tinyurl.com/k98wso9

The Machines Are Taking Over 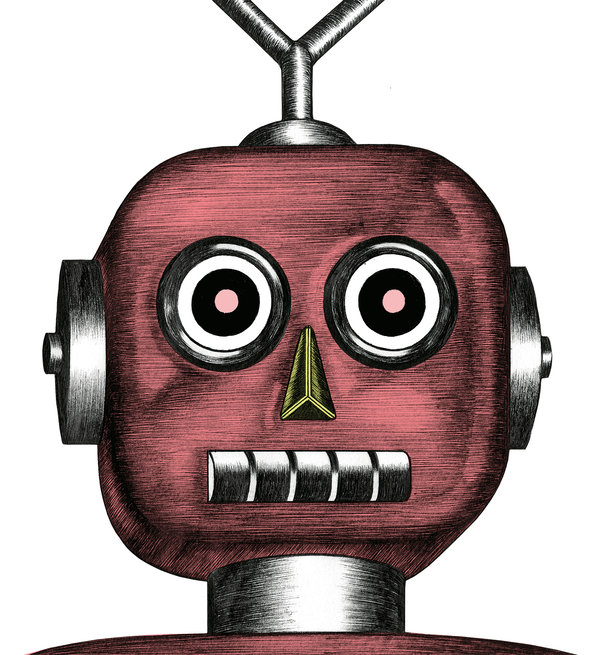 “The first thing we had to do is identify which emotions are important in tutoring, and we found that there are three that really matter: boredom, frustration and confusion,” Sidney D’Mello said.

“Then we had to figure out how to accurately measure those feelings without interrupting the tutoring process.” more> http://tinyurl.com/k26gckm