NASA – Taking center stage in this new NASA/ESA Hubble Space Telescope image is a galaxy known as NGC 3081, set against an assortment of glittering galaxies in the distance. Located in the constellation of Hydra (The Sea Serpent), NGC 3081 is located over 86 million light-years from us. It is known as a type II Seyfert galaxy, characterized by its dazzling nucleus.

NGC 3081 is seen here nearly face-on. Compared to other spiral galaxies, it looks a little different. The galaxy’s barred spiral center is surrounded by a bright loop known as a resonance ring. This ring is full of bright clusters and bursts of new star formation, and frames the supermassive black hole thought to be lurking within NGC 3081 — which glows brightly as it hungrily gobbles up in-falling material.

These rings form in particular locations known as resonances, where gravitational effects throughout a galaxy cause gas to pile up and accumulate in certain positions. These can be caused by the presence of a “bar” within the galaxy, as with NGC 3081, or by interactions with other nearby objects. It is not unusual for rings like this to be seen in barred galaxies, as the bars are very effective at gathering gas into these resonance regions, causing pile-ups which lead to active and very well-organized star formation.

Hubble snapped this magnificent face-on image of the galaxy using the Wide Field Planetary Camera 2. This image is made up of a combination of ultraviolet, optical, and infrared observations, allowing distinctive features of the galaxy to be observed across a wide range of wavelengths.

Markets Are Restacking the Building Blocks of a Financial Crisis

By William D. Cohan – The problem is that — just as in the year or so before September 2008 — the credit markets are once again badly mispricing risk.

Thanks to the easy-money policies in ascendancy among central bankers around the world, which have pushed down interest rates to historically low levels, investors are desperate for yield, or higher returns on their money. The ensuing feeding frenzy is causing otherwise intelligent people to lose their minds about the risks they are taking with their own and other people’s money.

In sum, in six short years we have rebuilt the proverbial house of cards that many thought could not happen again in our lifetimes, given what we collectively experienced in 2008. more> http://tinyurl.com/luakh97

Are You a Segmenter or an Integrator? 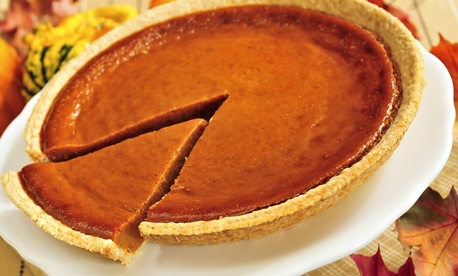 By Scott Eblin – What’s the difference?

Integrators, on the other hand, never really leave work even when they physically leave it. They use their smartphones to stay constantly connected to the information flow from work and never really give themselves a mental or emotional break from it. It’s that unending connection to their work that makes them feel overworked and overwhelmed. more> http://tinyurl.com/kw8t3e8

Model driven simulation and validation in the automotive industry
SIEMENS – SystemsVTrends in the automotive industry are driving demand for more fuel efficient vehicles and reduced emissions while consumer demands are driving increased product complexity. A model-based approach that leverages both 1D and 3D simulations can significantly improve the ability of design and engineering teams to validate system performance early in the development process.

Using a model-based systems engineering approach allows companies to more quickly assess the choices they make in the concept phase.  These models are typically in the form of 1D models and are modeled using LMS Imagine.Lab Amesim before any detailed geometry has been created.  These 1D system models capture performance capabilities of each subsystem and then can simulate the entire system together.  The benefit of a model-based simulation approach in early concept stages of systems engineering is that it enables:

The detailed design phase is where 3D simulation takes place on detailed geometry.  This is where more common computer aided engineering (CAE) techniques like FEA, CFD, thermal analysis, multi-body dynamics (motion), and other types of analyses can be performed using a modern simulation environment like NX CAE.

The challenge simulation faces today is how to cascade targets from systems down to subsystems and components, and how to leverage 1D simulations to deliver the necessary boundary conditions for more detailed simulation and analyses with 3D models. more>

America Is Dumb and on the Road to Getting Dumber

the resurgence of fundamentalist religion during the past 40 years, and

secondly, the low level of science education in American elementary and secondary schools, as well as many tertiary colleges.

The great obstacle to educational and rational enlightenment is America’s disparate educational system. The Constitution asserted no federal power over education. In other words, states are free to spend their own tax revenue as they see fit. more> http://tinyurl.com/kbuu7gx