NASA – On July 26, 2014, from 10:57 a.m. to 11:42 a.m. EDT, the moon crossed between NASA’s Solar Dynamics Observatory (SDO) and the sun, a phenomenon called a lunar transit. A lunar transit happens approximately twice a year, causing a partial solar eclipse that can only be seen from SDO’s point of view. Images of the eclipse show a crisp lunar horizon, because the moon has no atmosphere that would distort light. This image shows the blended result of two SDO wavelengths – one in 304 wavelength and another in 171 wavelength.

By Allison Schrager – Starting around 2001, American families put an increasing amount of their wealth in housing and took on more debt. This came at the expense of other kinds of investments, such as nonhousing wealth, which hasn’t returned to its 2001 peak.

As a result, real estate became a far bigger part of household wealth: Its value increased, and people bought more of it. The disproportionate investment is a big reason median wealth fell almost 40 percent when the housing bubble burst, and also a big reason we still haven’t fully recovered. more> http://tinyurl.com/pmdcp9x By John Lanchester – Every detail of Egyptian life was shaped by the flood. Even the tax system was based on the level of the water, which dictated how successful farmers would be in the subsequent season. Priests performed complicated rituals to divine the nature of that year’s flood and the resulting harvest.

But the priests were cheating, because they had something else, too: Nilometers. These were devices that consisted of large, permanent measuring stations, with lines and markers to predict the level of the annual flood, situated in temples to which only priests and rulers were granted access.

The world is full of priesthoods. On the one hand, there are the calculations that the pros make in private; on the other, elaborate ritual and language, designed to bamboozle and mystify and intimidate. To the outsider, the realm of finance looks a lot like the old Nile game. more> http://tinyurl.com/qhwu27o

Getting a charge out of water droplets

By David L. Chandler – In attempting to develop an improved heat-transfer surface to be used as a condenser in applications such as power plants—that droplets on a superhydrophobic surface convert surface energy to kinetic energy as they merge to form larger droplets.

This sometimes causes the droplets to spontaneously jump away, enhancing heat transfer by 30% relative to other techniques.

They later found that in that process, the jumping droplets gain a small electric charge—meaning that the jumping, and the accompanying transfer of heat, could be enhanced by a nearby metal plate whose opposite charge is attractive to the droplets.

Now the researchers have shown that the same process can be used to generate power. more> http://tinyurl.com/qdf7oot 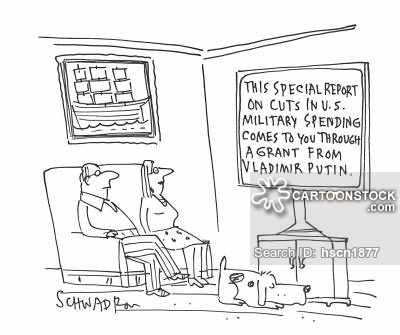 By Annika Breidthardt and John O’Donnell – If endorsed by ambassadors from 28 European Union countries, Europe could limit access to capital markets by Russian state banks, impose an embargo on arms sales and restrict trade of high-tech energy technologies and “dual use” technology that has both civilian and defence applications.

“A spiral of sanctions together with the loss of overall confidence could be enough to bring the already fragile economic recovery in Europe to a halt,” Gregor Eder, an economist with Allianz, said. more> http://tinyurl.com/nx4umn4 NASA – The Sunshield on NASA’s James Webb Space Telescope is the largest part of the observatory—five layers of thin membrane that must unfurl reliably in space to precise tolerances. Last week, for the first time, engineers stacked and unfurled a full-sized test unit of the Sunshield and it worked perfectly.

The Sunshield is about the length of a tennis court, and will be folded up like an umbrella around the Webb telescope’s mirrors and instruments during launch. Once it reaches its orbit, the Webb telescope will receive a command from Earth to unfold, and separate the Sunshield’s five layers into their precisely stacked arrangement with its kite-like shape.

The Sunshield test unit was stacked and expanded at a cleanroom in the Northrop Grumman facility in Redondo Beach, California.

The Sunshield separates the observatory into a warm sun-facing side and a cold side where the sunshine is blocked from interfering with the sensitive infrared instruments. The infrared instruments need to be kept very cold (under 50 K or -370 degrees F) to operate.   The Sunshield protects these sensitive instruments with an effective sun protection factor or SPF of 1,000,000 (suntan lotion generally has an SPF of 8-50).

In addition to providing a cold environment, the Sunshield provides a thermally stable environment. This stability is essential to maintaining proper alignment of the primary mirror segments as the telescope changes its orientation to the sun.

For more information about the Webb telescope, visit:  www.jwst.nasa.gov or www.nasa.gov/webb

For more information on the Webb Sunshield, visit:  http://jwst.nasa.gov/sunshield.html By Ev Ehrlich – Think about a newspaper – it works the same way. The Chronicle attracts readers so it can attract advertisers. It also attracts advertisers so it can attract readers. What if The Chronicle weren’t allowed to accept money from advertisers because “newspaper neutrality” made it impossible to let some stores advertise and others not? The price of the paper would go up, because the reader would have to carry the entire cost of the paper.

The Internet works the same way. Users – you and I – carry more than our fair share, while the mega-sites pay less than they should given the congestion they cause and the value of a connection to them.

That’s part of the reason why the profit margins of companies like Google and Facebook and Yahoo are six to eight times those of the companies such as Verizon or AT&T or Comcast.

When you get right down to it, you and I and Selby are subsidizing these behemoths; no wonder they’re the biggest proponents of neutrality. more> http://tinyurl.com/n7wxlnw

By Wesley Morris – Once upon a time, women in successful romantic comedies were warriors battling men. They fought for love, parity, and respect — to be taken seriously while wearing unserious hats. The man had a position that the woman finds appalling.

Or was it the other way around? But to be appalled was to be attracted.

All Katharine Hepburn did with Spencer Tracy was fight. And you never doubted that they equally wanted to win the exasperation contest. They were both only half-surprised to end up with each other. The mutual skepticism resolved because each realized the ultimate perfection of the match.

We call them rom-coms now, which seems apt. The romance is gone. The romance of banter, of competition, of surrender, of personal style: It’s over. more> http://tinyurl.com/pzz93ej

The Micro Kitchen from the Microfactory Could Go Big GE – The online design community FirstBuild recently launched a design challenge to develop a “micro kitchen,” the culinary equivalent of the Swiss Army knife that holds everything required to prepare a late night snack as well as a Thanksgiving feast. Today, it cut the ribbon on an open-design “microfactory” to produce it.

The microfactory will tap FirstBuild’s global, collaborative group of designers, fabricators and enthusiasts to crack engineering and design challenges. The plant’s small size will allow it to customize appliances through small-batch production and fast-track them to market. “FirstBuild will able to create, design, build and sell new innovations for the home faster than ever before,” says Venkat Venkatakrishnan, R&D director at GE Appliances. more> http://tinyurl.com/lgqsnea

Bloomberg – It’s rare for a prominent politician to publicly rethink his position on one of his signature issues. Paul Ryan has just done so.

It is certainly a foundation on which conservatives can build. One of the plan’s proposals would combine 11 current programs — including food stamps, child care, housing subsidies and what remains of traditional welfare — into something called Opportunity Grants. It sounds like a block-grant program, the anathema of liberals because they distrust the states’ ability (or will) to distribute grants fairly, and it comes with a big exception: States can opt in only if their plans pass federal-government muster. more> http://tinyurl.com/l8v5hk4