Why Central Banks Should Offer Bank Accounts to Everyone

By Nicholas Gruen – As much as your bank presents itself as the very essence of competitive, private enterprise, it’s actually part of a public private partnership. The central bank – in the US the Fed, in the UK the Bank of England, in Europe the European Central Bank ECB) – sits at the apex of the banking system providing two fundamental services to your bank.

First each bank is connected to the monetary system with an ‘exchange settlement account’ with the central bank. So if you want to pay me, you get your bank to pay mine, with the net difference between all payments to and from each bank at the end of the day being squared up via counterbalancing payments between each commercial bank’s exchange settlement account with the central bank.

Secondly, because the deposits banks hold are such a tiny fraction of the loans they write, the central bank goes ‘lender of last resort’ to banks if they can’t meet withdrawals.

The central bank could also provide ‘iquidity in a more competitively neutral way. It couldn’t practicably assess everyone’s creditworthiness, but it could specify a set of super-safe assets against which it would automatically lend as a matter of right. more> https://goo.gl/AU8bZi

How Trump Has Changed the Financial Outlook for 2017 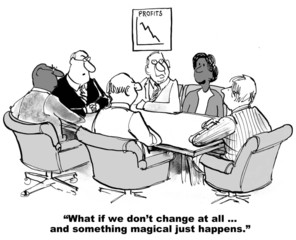 By Mark Whitehouse – U.S. President-elect Donald Trump has given the world ample reason for concern about what the new year might look like. So far, though, financial markets appear to be assuming that everything will be awesome.

So why the optimism?

Trump has promised a major fiscal stimulus, including investment in infrastructure, that the Organization for Economic Cooperation and Development estimates might add 0.4 percentage point to U.S. economic growth in 2017 (and more than 0.8 percentage point in 2018). Together with the corporate-tax cuts that the president-elect has also proposed, this could improve corporate profits, justifying higher stock prices and lower default-insurance costs.

That said, much depends on the execution. Trump’s plans remain sketchy, and could go terribly wrong in myriad ways. Right now, markets seem to be placing a very low probability on such an undesirable outcome — at least in the short term. If they prove wrong, 2017 might be a very interesting year indeed. more> https://goo.gl/Yg9fM8

By Tomas Kellner – Last year, Indian Railways (IR) awarded GE Transportation a contract to build 1,000 new diesel-electric locomotives. These next-generation machines will start the process of upgrading the IR’s 5,000 older engines — mostly from the 1970s and 1980s — that currently haul freight over its railroad network. The state-run railroad operator, which holds a 26 percent stake in the joint venture, had already had Marhaura in mind.

It typically opens new factories in underserved parts of the country. For example, GE also is building a maintenance shop for the new locomotives in Roza, Uttar Pradesh, a town in another populous state racing to catch up to the rest of the country. France’s Alstom, which won a large contract from IR for electric locomotives at the same time as GE, is building in Bihar. “They want these contracts to be catalysts for economic development,” says Nalin Jain, the CEO of GE’s Transportation and Aviation businesses in the country.

The team designing the locomotive sits at the Indian outpost of GE Global Research in Bangalore. The machine will be based on GE’s Evolution-series locomotives, which are best in class on fuel efficiency and emissions, but it will have to meet specific local requirements. For example, the six-axle locomotive can only weigh 22 tons per axle, while its heavier American cousins typically clock in between 25 and 30 tons. “You are talking about taking out as much as 48 tons for the whole locomotive,” Jain says. “That’s a lot of weight.” more> https://goo.gl/qUhBc2

Lessons From a Dark Year in Syria 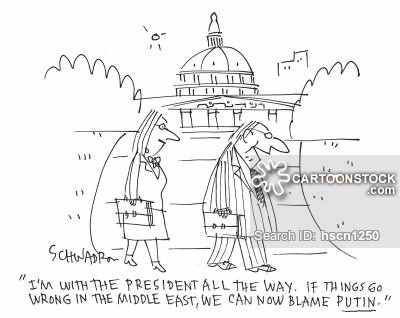 By Noah Feldman – The fall of Aleppo at the close of 2016 signals an especially depressing future for the civil war, the region, and the vast number of refugees within Syria and beyond. For all practical purposes, the end of this battle means that the Syrian dictatorship has, with Russian help, won its war for survival.

However, there is no clear path for the Assad regime to wipe out the last of the rebels.So fighting will continue, and a rump Syrian Sunni statelet will persist. And because displaced Sunnis will remain deeply wary of going home to places now controlled by the hostile regime, the long war’s refugee problem may become permanent. That’s no small matter. In scope it dwarfs the Palestinian refugee crises of 1948 or 1967.

The human rights failure in Aleppo is on par with other failures in recent decades, from Srebrenica to Rwanda. more> https://goo.gl/VzovDA