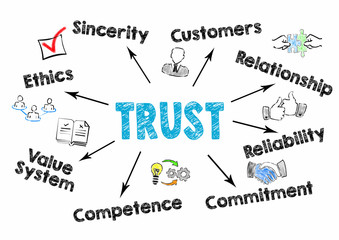 By Donald F. Kettl – The foundation for building trust begins with the argument for transparency. The central idea, developed during the Enlightenment, is that government’s legitimacy builds on the consent of the governed. But, to give consent, citizens must know what government is doing and find effective levers of influence.

James Madison, one of America’s most distinguished founders, and later the country’s fourth president, wrote in Federalist 51, part of a series of papers devoted to making the case for the new American Constitution: “If angels were to govern men, neither external nor internal controls on government would be necessary. In framing a government which is to be administered by men over men, the great difficulty lies in this: you must first enable the government to control the governed; and in the next place oblige it to control itself.”

Of course, men are not angels, so democracy requires ways of helping the governed to control government. That begins, in the minds of many theorists and citizens alike, with the most important and fundamental tool to build trust: transparency.

The underlying assumption is that the more information that’s available to the public, the more accountable and better-performing government will be.

In the United States, the Sunlight Foundation is singularly devoted to making all government information open and available in real time. more> https://goo.gl/m71Cs4

READ  What Keeps the Rich and Powerful up at Night, and Why They're Happy You Don't Care
Powered by Inline Related Posts
This entry was posted in Business, CONGRESS WATCH, Economy, History, Leadership, Media and tagged foundation, Government, History, Transparency, Trust. Bookmark the permalink.