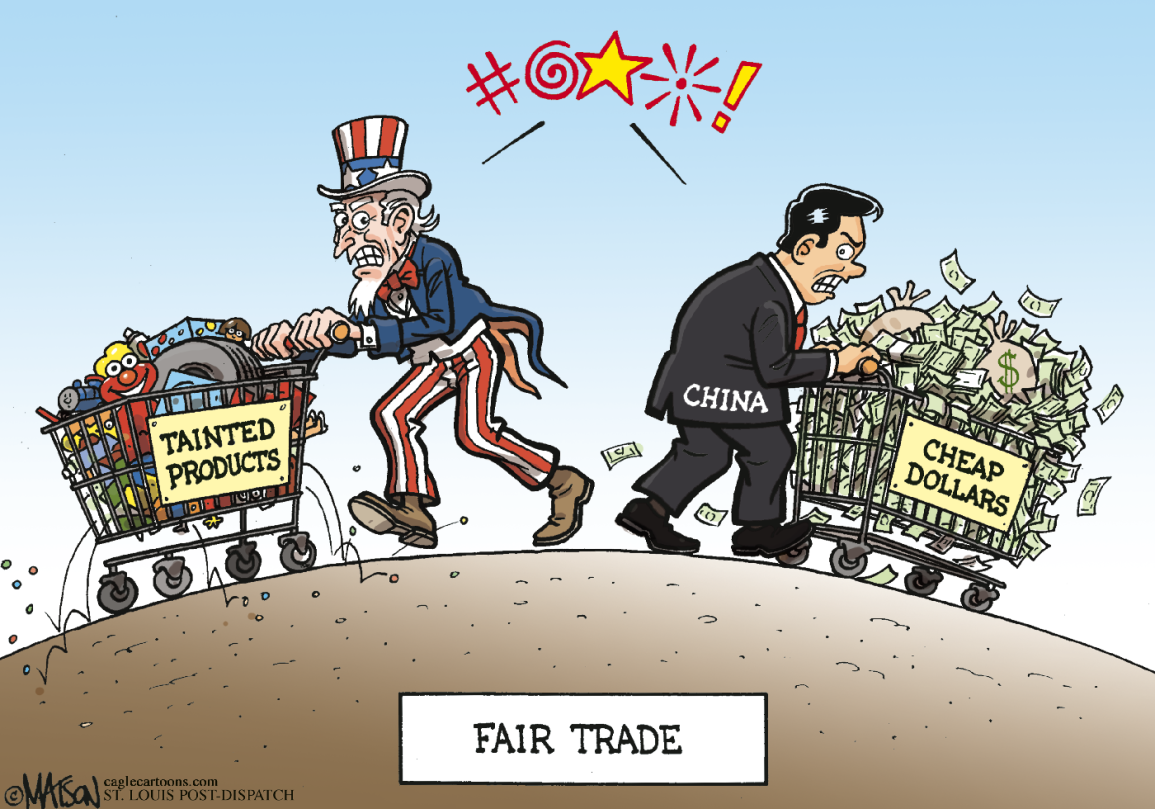 By Liz Mair – Not everyone in the U.S. feels that they’ve personally benefited from free trade. But the odds are, they have – they just don’t recognize it. The trend toward globalization is irreversible and tariffs designed to try will only cause pain for consumers in the form of lost jobs and higher prices for basic goods.

Remember that Trump sees an incomplete picture of free trade. He sees only people who have overwhelmingly lost thanks to free trade, instead of the more accurate picture of an America that has overwhelmingly won thanks to trade deals. And anyone who has studied Trump’s public pronouncements regarding policy over many decades knows that Trump really is anti-free trade at his core – and has been for a long, long time now.

Though his natural tendencies can be temporarily parked by persuasive arguments by people he trusts on economic policy topics.

Within the administration, the only people who seem to fit that bill, where trade is concerned, are economic adviser Gary Cohn and Treasury Secretary Steven Mnuchin, who are committed to reminding Trump especially of the link between free trade and a robust stock market, and how moderation on trade protectionism ties into stock market resilience.

Basically everyone else is protectionist, neutral, or their opinion on financial matters doesn’t carry that much weight with Trump. more>

Five Skills Everybody Will Need For The Jobs of The Future

By Amy X. Wang – The Institute for the Future, a California-based think tank, paired up with the talent-management software company Cornerstone OnDemand to identify certain core traits and attitudes that workers will need in order to prepare for the next wave of “work,” whatever it means and however it comes. Five skills recommended in their Feb. 22 report—broad, but helpful as launching points for further thought and consideration.

Posted in Business, Economy, Education, History, How to, Net, Technology

GE Is Set To Dispatch Its Trains Into the Future
By Dorothy Pomerantz – Today (Feb 23, 2018), the Ukrainian government announced it will buy 30 new GE locomotives, which will be built in the U.S. and will arrive in Ukraine for final assembly by the end of the year. The framework agreement, which is valued at over $1 billion, also includes the modernization of existing locomotives in Ukrainian Railways’ fleet, plus additional new GE units over the next decade and a long-term service contract to help maintain them.

The deal is part of a rail-system upgrade the country is undertaking to make sure its $2 billion agricultural sector, which the U.S. Department of Commerce calls “the most promising sector” of the country’s economy, can continue to sell and export the food it produces.

Crucial to this plan: locomotives that work better and don’t break down.

Modernizing a locomotive is like gut-renovating a house, stripping it down to the bare studs and putting in all new walls, stairways and appliances. For Ukrainian Railways, the modernization process will start with the old Soviet-built locomotives that the national rail company has been using for decades.

Workers from GE and local companies will take out the locomotive’s insides, the control system, radiator and engine, until only the bare metal skeleton is left. Then each locomotive will be rebuilt with a shipment of GE equipment, known as a kit. more>

By Santosh Desai – In most cases, the nature of the intervention was either to ensure that the rules that already existed were followed, or to step in and help break the rules using one’s privileged position.

The legislative and administrative systems in India are subservient to the social ecosystem, and work within its ambit. Power thus becomes a social instrument that needs to be brokered keeping the dominant interests in mind.

The disinterested application of the law is not possible in a context where these interests take priority. Hierarchies are respected, networks are nurtured, money speaks loudly, and settlements are negotiated.

The idea of the ‘settlement’ which finds a measure of mutual self-interest being catered to is only thinly related to abstract notions of justice. The poor and weak ‘accept’ an unfair resolution because the alternative is much worse.

What are otherwise their rights become favors that they seek from the powerful for a price. The powerful build constituencies by creating a cumbersome system and then offering a way to navigate the same.

The ability to negotiate a solution to mutual advantage is a mark of a functioning social system, but when the same occurs under the threat of the use of power, it serves often to perpetuate a skewed and unjust arrangement.

A system of governance must provide instruments of continuity and change. Currently, there is too much of the former and too little of the latter. more>

Freedom And Equality In Democracies: There Is No Trade-off!

By Heiko Giebler and Wolfgang Merkel – There is little disagreement among political philosophers, democratic theorists or empirical researchers that freedom and equality are the two core principles of liberal democracy.

What is highly disputed, however, is the meaning of these two democratic principles and the proper relation between them that makes for a good political order.

In his opinion the relentless drive towards political and social equality in democracies raises the threat of a tyranny of the majority, confronting the people with the choice between democratic freedom and democratic tyranny.

The problem of America’s democracy, in particular, is the unrestricted power of the majority. Too much political equality in politics, society and economy weakens the institutional guarantees for individual and minority rights.

Rousseau’s work On the Social Contract constitutes the antipode to the trade-off argument in classical political philosophy. His argument is that people can only be free if they remain politically equal. Political equality, in turn, can only be achieved if social inequality is as meager as possible.

Men are essentially free and equal in the ‘state of nature’, but the progress of civilization and the inequality arising from private property destroyed both – first equality and then freedom.

Here, we also find a clear distinction between two types of equality: political equality, in the form of direct democracy incorporating all citizens, and socio-economic equality, which is endangered by private property. more>

Leadership is about Hard Decisions By Alan Pentz – I’ve become increasingly convinced that good organizational leadership is relatively simple but not easy. In other words, unless you work at NASA, good leadership and management isn’t rocket science. You can argue around the edges but most gurus preach that leaders should:

Warren Buffett famously urged investors with an IQ of 150 to sell 30 points. He wrote:

“To invest successfully does not require a stratospheric IQ, unusual business insights, or inside information. What’s needed is a sound intellectual framework for making decisions and the ability to keep emotions from corroding the framework.”

Replace “invest” with “lead” and the statement is equally as true. more>

Why Adaptive is the biggest story in networking Maybe 2018 is the year “aspirational” starts to become “actuality.”

Like no other time in our industry’s history, a collection of technologies and advancements is bringing the long-desired goal of a more automated network closer to reality.

By Edward Kolla – Throughout medieval and early modern Europe, rulers possessed their realms much like people now might own their house. Title existed, and could change hands, according to dynastic principles: lands were inherited by descendants, came together when royal houses married, and could even be sold.

A major difference existed, nonetheless, between pre-modern Europe and the real-estate transactions of today – war. Success in battle also determined who controlled lands, aside from birthright.

Then, in 1789, women and men in France started to make an incendiary claim. They argued that the French people, not the king, ought to be the source of political authority. This position is encapsulated in Article 3 of the ‘Declaration of the Rights of Man and of the Citizen’, the French Revolution’s foundational document.

In it, the French people asserted that, henceforth, ‘all sovereignty resides essentially in the nation’. The previous bearer of this authority, Louis XVI, would soon go on to lose his head as well.

One of the beauties of the old system was that dynastic inheritance, or clear victory in war, lent a certain degree of stability to the territorial order. more>

Knee-jerk cynicism is a failure of critical reasoning “Since the time of the Hebrew prophets, who blended their social criticism with fore-warnings of disaster, pessimism has been equated with moral seriousness,” Pinker writes.

“Journalists believe that by accentuating the negative they are discharging their duty as watchdogs, muckrakers, whistle-blowers, and afflicters of the comfortable. And intellectuals know they can attain instant gravitas by pointing to an unsolved problem and theorizing that it is a symptom of a sick society.” more>

Leaders Focus on the Trends, Not the Data Points 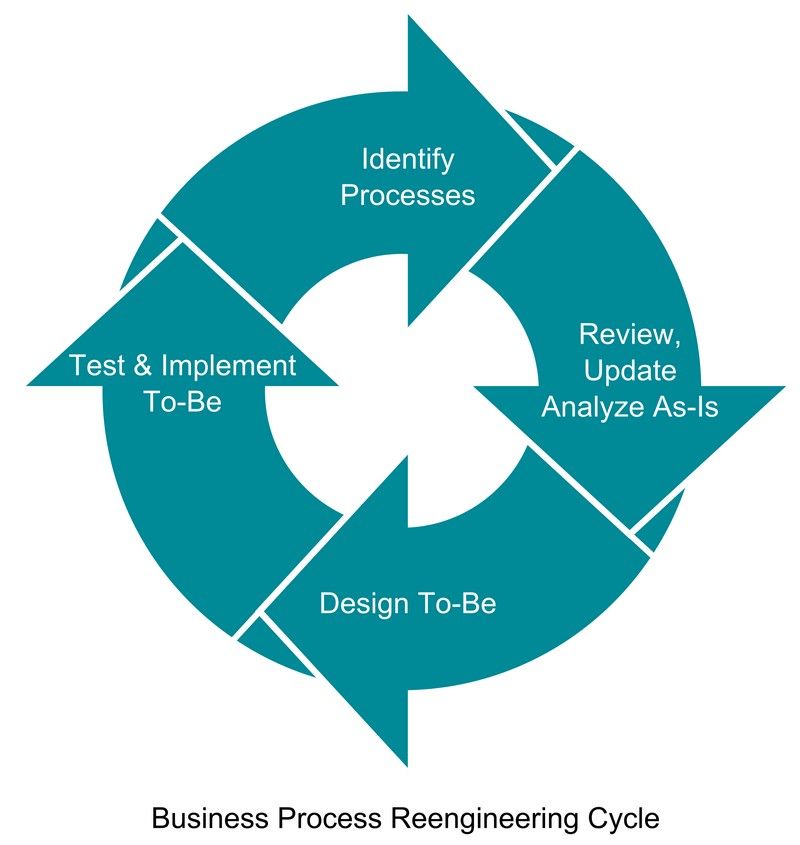 By Scott Eblin – One of the reasons annual performance reviews suck so much is that they too often deal in data points, not trends. Too many managers don’t provide meaningful performance feedback on a real-time basis so when performance review time rolls around (as it always and predictably does), they find themselves scrambling for points to make in the review conversation. That’s where the data points come in.

In the absence of any meaningful thought or preparation, whatever happened recently suddenly becomes a trend. That meeting you nailed? Good job on that—you had a great year! That presentation you muffed? You know, I’m not sure you’re really a good fit for us.

A data point does not a trend make. It’s a cognitive bias. Don’t fall for it. Great leaders assess on the trends, not the data points. more>

Posted in Book review, Business, Education, How to, Leadership