The future of political warfare: Russia, the West, and the coming age of global digital competition

By Alina Polyakova and Spencer Phipps Boyer – The Kremlin’s political warfare against democratic countries has evolved from overt to covert influence activities. But while Russia has pioneered the toolkit of asymmetric measures for the 21st century, including cyberattacks and disinformation campaigns, these tools are already yesterday’s game. Technological advances in artificial intelligence (AI), automation, and machine learning, combined with the growing availability of big data, have set the stage for a new era of sophisticated, inexpensive, and highly impactful political warfare.

In the very near term, it will become more difficult, if not impossible, to distinguish between real and falsified audio, video, or online personalities. Malicious actors will use these technologies to target Western societies more rapidly and efficiently. As authoritarian states such as Russia and China invest resources in new technologies, the global competition for the next great leap in political warfare will intensify.

As the battle for the future shifts to the digital domain, policymakers will face increasingly complex threats against democracies. The window to mount an effective “whole-of- society” response to emerging asymmetric threats is quickly narrowing. more>

More Democracy At Work? Do We Need That? 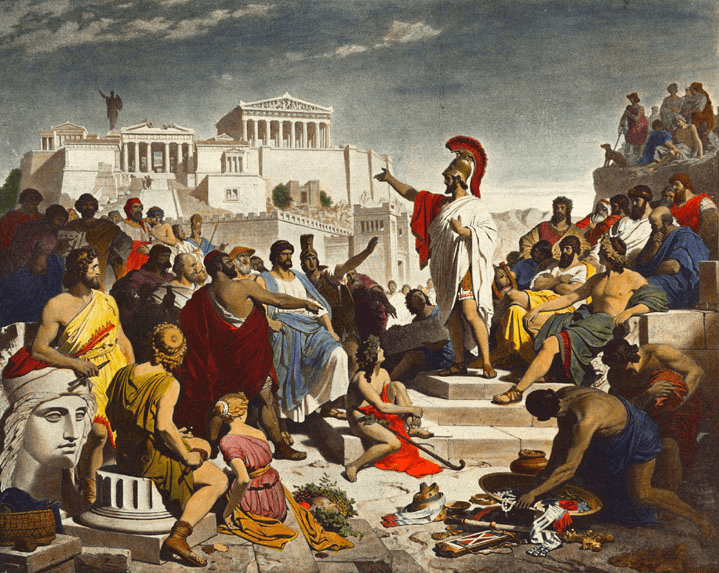 By Peter Scherrer – It is, in my view, more necessary now than ever before to put the fight for more democracy at work on the political agenda. But at the same time, it is an issue to which neither the general public nor the EU political élite pays much, if any, attention, even though it is of great importance for millions of working people. The European Trade Union Confederation (ETUC), at its Executive Committee meeting this week, went ahead in that spirit and adopted the strategy.

ETUC members are deeply convinced that a European approach to democracy at work can directly improve working life, collective labor rights and the concrete participation of workers in society and the economy.

The performance of EU Member States like Sweden, Denmark, Germany and Austria demonstrates that extending workers’ participation rights in companies and in administration is not an obstacle to a productive and profitable economy.

A glance at the current situation shows that democracy at work is being eroded by e.g. increasing centralization of company decision-making in all areas and increased concealment of real ownership etc. This widening gap could be partly closed by European legislation on workers’ participation.

But a huge danger to the options for more democratic labor/industrial relations comes from the rapid growth in the proportion of ‘digital’ workers and employees in the so-called sharing economy. more>

Densifying the Network, One Small Cell at a Time By Wayne Hickey – Mobile network usage is growing at an astounding rate of 42% CAGR, as data rates rise driven by an insatiable customer appetite for video, gaming, social media, and live streaming. With the omnipresence of smartphone technology, advancement towards 5G, and mobile data as the major use cases – MNOs (Mobile Network Operators) struggle to maintain with growing customer demands.

There are three primary ways that MNOs can add capacity to their wireless network:

A mobile network must be designed to physically reach the intended number of subscribers and adapt to the changing capacity needs of those subscribers. To do so, MNOs segment their networks by base station coverage by using macro cells and small cells (ex. micro cells, pico cells, nano cells, femtocells, and even WiFi cells, or hotspots).

Macro cell sites use high powered radios, generally for large coverage areas. Small cells use much lower power radios, require less space, and increase data capacity by proliferation or densification of the network. Densification of the network means deploying lots of small cells to enable more overall users, lower latency, better mobile device battery life, and expanded coverage. The approach is to basically reuse spectrum over and over again, by keeping the coverage area small, and managing the interference between cells using a variety of techniques. more>

Once a prestigious career path, heading to Washington to work in government is losing its luster.

It includes long hours, a boss who might ridicule you on Twitter, give you a humiliating nickname and make you constantly worry about your job security. Pay is less than you’d make in the private sector – even lower when you subtract the amount you’ll have to pay a lawyer, even if you did nothing illegal.

The big payoff is notoriety – or a return to your old job in the private sector, assuming they’ll have you.

Looking for something a little less high-profile?

You can work in the civil service, where you’ll have better job security (assuming congressional efforts to weaken your employment protections as a federal worker don’t succeed). But you’ll be denigrated as a member of the “Deep State,” and quite possibly be without a real boss, instead working for an “acting” leader with no real authority.

This is what it means now to choose public service in Washington, where White House turnover is at record levels and uncertainty rules at federal agencies employing career workers. And it has many worried about the impact not only on the day-to-day operations of the U.S. government, but on the very integrity of public service as a profession.

Why, after all, would an educated, experienced person elect to take on such a low-results job?

“There’s no question that it not only demeans the value of public service, but undermines the trust the public has in public institutions,” says Max Stier, president of the Partnership for Public Service, a nonpartisan group dedicated to making government more efficient and effective.

“Those are all bad for democracy.” more>