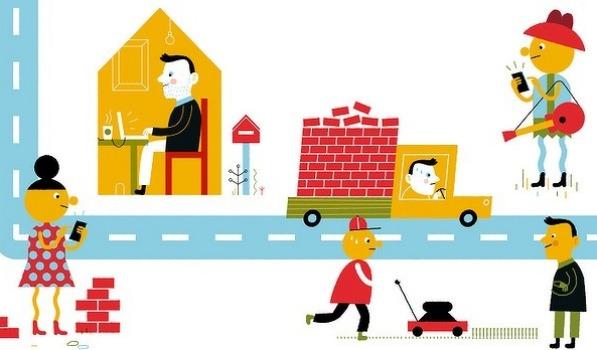 By Guy Standing – Fostering globalization in the context of the ongoing technological revolution has been favorable for economic growth globally. But governments and international bodies have signally failed to counter adverse distributional outcomes within countries.

Similarly, in advocating labor market flexibility, negligible attention has been given to the widespread economic insecurities this has generated.

Meanwhile, the neo-liberal phase of globalization has evolved into ‘rentier capitalism’, in which more and more income is going to those possessing physical, financial, or so called intellectual property. Rental income has been boosted by increased firm concentration in many economic sectors – epitomized by the rise of ‘superstar firms’ = and by government action, most notably the strengthening of intellectual property rights protection and the growth of the subsidy state, as governments have chosen to compete by throwing subsidies at large corporations and rich individuals. In so doing, they have regressively depleted public budgets.

One term to describe this conventional fiscal policy is pluto-populism, hereby tax cuts and subsidies are concentrated on so-called entrepreneurs and ‘wealth creators’ while state benefits and public services are cut for low-income groups, ostensibly to reduce the budget deficits that result from the fiscal generosity to the rentiers.

If we wish to escape from the regressive economic paradigm, we must nurture a narrative and vocabulary that focuses on emerging socio-economic groups. In that regard, a global class structure has been taking shape, in which the new mass class is the ‘precariat’. more>

By Charles Purdy – Jordon Bourgeault (the owner and founder of JBo Airbrush) paints on surfaces of all kinds: motorcycles, guitars, shoes, human bodies, and a lot more—surfaces as large as three-story murals and as small as glasses frames. His business is growing fast, and his recent work on Olympian skeleton riders’ helmets has caught the attention of an international audience.

Bourgeault says he drew “all the time” as a kid and teenager, and he took up airbrushing as a hobby when he was introduced to it through a job as an automotive painter. That hobby led him to a job painting sets and props for films and events, then to many side projects, and eventually to opening his own studio about eight years ago.

These days, commissions of all kinds keep him very busy, but he has a special interest in painting hockey goalie masks and helmets for athletes, including skeleton riders. more>

Posted in Broadband, Business, Education, How to, Media, Net, VIDEO Boeing – The Boeing 737 MAX family brings the latest technology to the most popular jet aircraft of all time, the 737. The 737 MAX is designed to provide passengers with a comfortable flying experience and more direct routes to their favorite destinations.

Airlines are taking advantage of the MAX’s incredible range and flexibility, offering passengers connections to smaller cities around the globe including transatlantic and trans-continental routes.

The unmatched reliability of the MAX means more 737 flights depart on time with fewer delays. And technological advances plus powerful LEAP-1B engines are helping to redefine the future of efficient and environmentally friendly air travel. more>

By Andrew Soergel – The legislation heaped new debt onto a country already saddled with more than $20 trillion in outstanding obligations. But the overhaul was touted as an economic growth engine likely to drive investment and wage growth in America, eventually allowing the cuts to pay for themselves by virtue of a stronger economy.

The benefits of the income tax cut are really only now really beginning to hit and have yet to really show up in any significant way in spending figures or retail sales. It’s been estimated that, probably, the annual impact of all of that is somewhere north of $100 billion. And all of that money needs to go somewhere, so some of that will move into the spending category.

But we’re advocating on behalf of consumers and investors that they need to be thinking about how to maximize their finances so that they’re taking advantage of saving opportunities and to pay down debt.

Right now, we do see the benefits of the tax cut coming into individuals’ and corporations’ coffers. But as one who came from the Midwest, I’d seize upon a corny line and say “You need to make hay while the sun shines.” We’re in the ninth year of the economic expansion, and the bull market is nine years old as well. And these things will not last forever.

And we’re in a rising interest rate environment, where the cost of borrowing is rising and likely to rise. more>