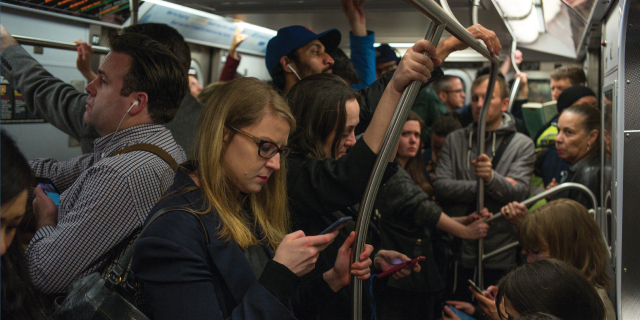 By Aaron Smith and Kenneth Olmstead – Americans tend to view the impact of the internet and other digital technologies on their own lives in largely positive ways, Pew Research Center surveys have shown over the years. A survey of U.S. adults conducted in January 2018 finds continuing evidence of this trend, with the vast majority of internet users (88%) saying the internet has, on balance, been a mostly good thing for them personally.

But even as they view the internet’s personal impact in a positive light, Americans have grown somewhat more ambivalent about the impact of digital connectivity on society as a whole. A sizable majority of online adults (70%) continue to believe the internet has been a good thing for society. Yet the share of online adults saying this has declined by a modest but still significant 6 percentage points since early 2014, when the Center first asked the question. more>

Globalization is close to its ‘holy cow’ moment. Why we must rethink our outdated ideas about international trade.

By Richard Baldwin – Globalization has changed.

That globalization was based on the movement of goods across borders—measurable, limited by physical infrastructure, and parried by policies such as tariffs. But globalization today is about more than trading goods; it’s about trading ideas and, increasingly, services.

Our 20th-century paradigms of globalization are ill-equipped to understand what cross-border trade means for the present and near future. Globalization has changed, but the way we think about it hasn’t.

The one thing that hasn’t changed about globalization is that it is a phenomenon with the power to change the world. If you trace the share of world income going to two groups of countries—India and China in one group and the G7 countries in the other group—back to the year 1000, you’ll see that back then, India and China had about half the world’s GDP, and the G7 had less than 10 percent of it.

Starting around the 1820s—the decade economists Kevin H. O’Rourke of Oxford and Jeffrey G. Williamson of Harvard have pegged as the start of modern globalization—the G7 share starts to swell. Over the course of about 170 years, it goes from about one-fifth up to about two-thirds of world income. That’s how powerful globalization—the movement of goods across borders—was.

Globalization is arbitrage. What is arbitrage? It’s taking advantage of a variation in price between two markets. When the relative prices of some goods are cheap in Mexico, that’s what they sell to us, and when other goods are relatively cheap in the US, that’s what we sell to them. A two-way, buy-low/sell-high deal—that’s arbitrage, and trade theory is all about what the direction of arbitrage, and especially arbitrage in goods, is. more> 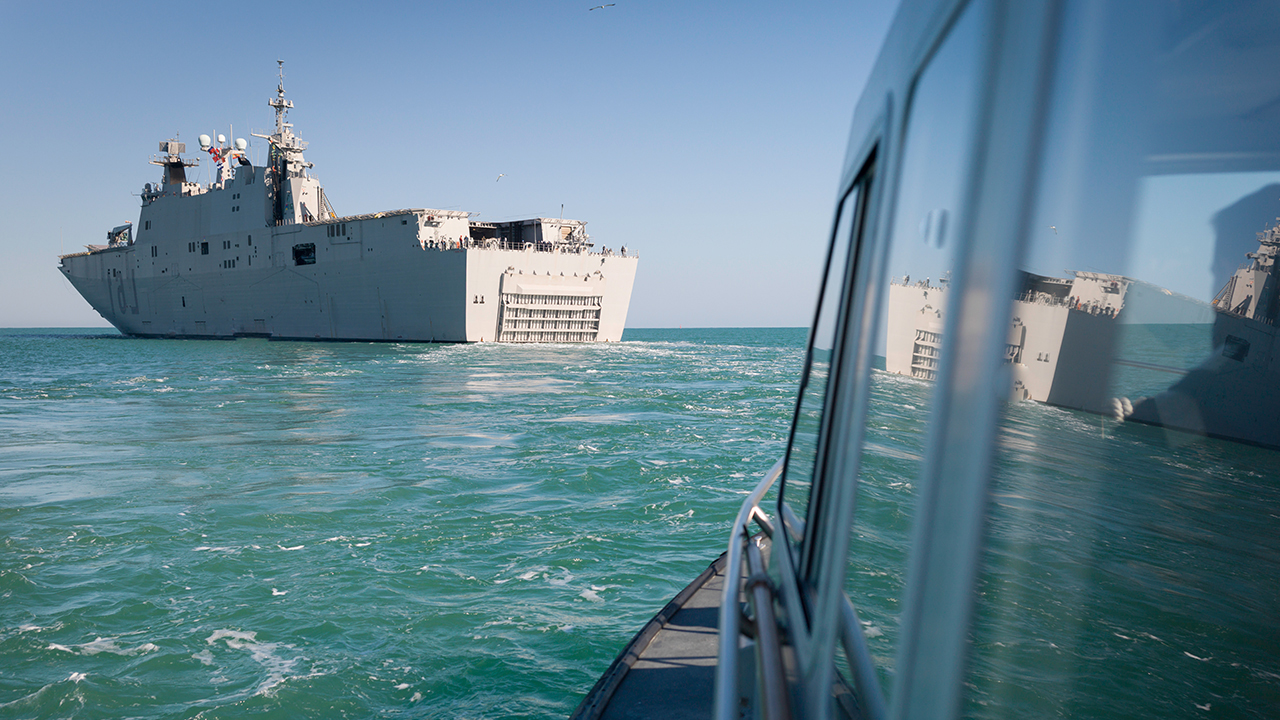 The increasing complexity of products, development processes, and design teams challenges you to find new tools and methods to deliver greater innovation and higher quality at lower cost. NX product design software from Siemens PLM Software delivers power, efficiency and cost savings that extend beyond the design process to all phases of product development.

Additive manufacturing is changing the way products are designed as well as how they are manufactured, by enabling optimized designs that were previously impossible or too expensive to make. Design, optimize, and build metal and plastic components using the latest additive manufacturing methods. more>

How Internet of Things (IoT) will change data centers 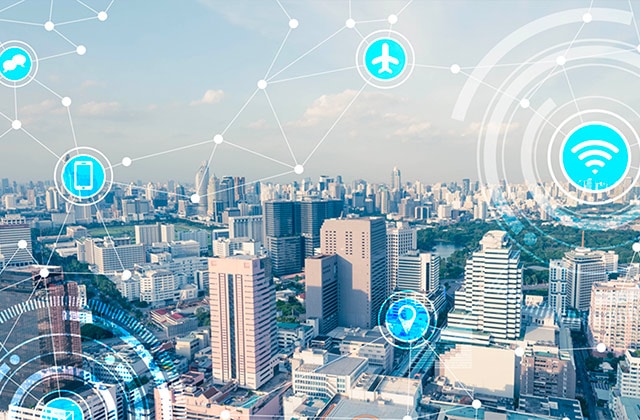 datacenter.com – The world of Internet is steadily merging with the world of physical ‘things’. Because of this convergence the Internet of Things (IoT) has arisen, a giant global network connecting all web-enabled things, including people, in the World. From your fridge to your car to the cosmonaut orbiting around the earth, our virtual world will connect billions of smart devices with each other, creating an ecosystem where these ‘things’ will have ability to sense, interact and communicate with each other and influence actions with or without human intervention.

As of the year 2011, there are more Internet enabled devices in the world than actual human beings.

What is the impact on Data Centers? By Robert Kuttner – Why is democracy under siege throughout the West? How much of the story is cultural or racial, and how much is economic? And can the slide into authoritarianism be reversed? I think it can.

In the remarkable three decades after World War II, the economy delivered for ordinary people and there was broad support for democracy. That era was unique in two key respects.

First, the economy not only grew at record rates for peacetime, but it also became more equal. Second—and not coincidentally—this was a period when raw capitalism was tightly regulated, on both sides of the Atlantic, economically and politically.

Banking was very limited in what products it could offer, and at what prices. It was almost like a public utility. There were no exotic securities like credit derivatives to deliver exorbitant profits and put the whole economy at risk. Globally, there were fixed exchange rates and capital controls, so bankers could not make bets against currencies and entire economies.

Organized labor was empowered. Unions were accepted as legitimate social partners and had substantial influence. This was true in both Europe and America.

In the years since then, political and financial elites have redefined trade agreements to mean not just reciprocal cuts in tariffs but broader changes in global rules to make it easier for banks and corporations to evade national regulation.

Laissez-faire, discredited and marginalized after 1929, got another turn at bat(ting). Hyper-globalization was a key instrument. And that reversion had economic and ultimately political consequences. more>

How to get more people to support, approve, and act on your ideas. 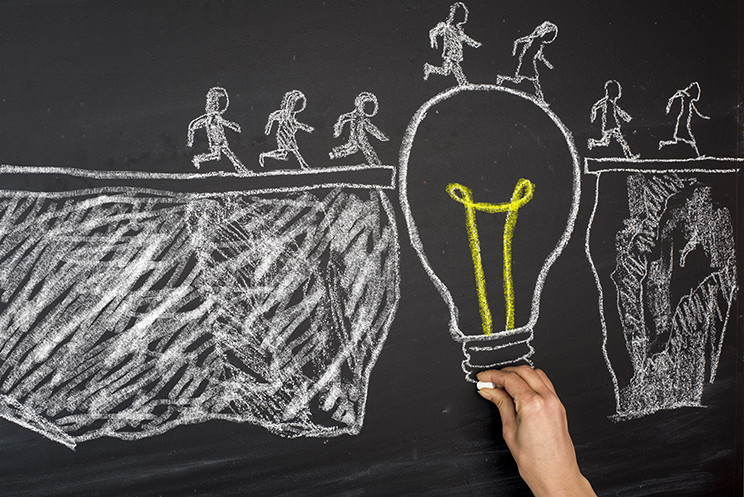 By Ron Bates – Regardless of your role—from building stakeholder relationships to securing a desired agreement or commitment—we all need to be able to get others to support, approve, or act—based on our ideas.

So how do you get more people to support, approve, and act on your ideas?

It starts with understanding the perception gap you’re trying to close. The only reason someone is going to support, approve, or act on your idea is that they perceive it in a favorable light. What changes someone’s perception? They learn something new.

How often do we consider the other person’s perception and perspective when we attempt to communicate our ideas, insights, or observations? How often do we anticipate the conversation, questions, and objections? Do we practice articulating our message—prior to any conversation?

Are we trying to change someone’s perspective by enrolling them through the questions we ask—or—are we in pure output mode? Are we assuming anything? Have we thought about what the other person’s perspective needs to be to for them to act in our favor? Do we understand the gap we’re trying to close? more>

By J Thompson – Use of 3D Printing technology to create medical devices has been widely publicized over the past several years. Most of these stories illustrate the unique ability for 3D Printing (aka Additive Manufacturing / AM) technology to produce highly complex organic shapes.

Despite past success with AM, and very promising growth opportunities, there are significant risks with the current AM practices for workflows in device design and manufacturing. These risks must be recognized and addressed by device makers to fully realize the potential of AM, and avoid failure modes inherent in current practices.

Today, the biggest risks are caused by software “tool chains” in which different, specialized software applications are used sequentially to yield finished devices. A fundamental problem with serial tool chains is rework. What happens when you get off the “happy path”, and issues are discovered in the fourth, fifth, or tenth tool in the chain, and resolution requires a change in the first or second tool in the chain? That typically means serially reworking the entire workflow from the point of change.

This kind of rework should be viewed as expected, normal, necessary, commonplace, and even desirable since it theoretically leads to an improved final result. However, as AM attempts to enter an “industrial” stage of maturity, there are several risks associated a serial tool chain, especially if rework is manual and requires experts to re-do knowledge-intensive rework. more>

By John Cassidy – Since Donald Trump entered the White House, American democracy has sometimes been described as dangerously fragile, but that isn’t necessarily true. Having survived for two hundred and forty-two years, American democracy is more like a stoutly built ocean liner, with a maniac at the helm who seems intent on capsizing it. Every so often, he takes a violent tug at the tiller, causing the vessel to list alarmingly. So far, some members of the ship’s crew—judges, public servants, and the odd elected official—have managed to rush in, jag the tiller back, and keep the ship afloat. But, as the captain’s behavior grows more erratic, the danger facing the ship and its passengers increases.

All that concerns him is discrediting the Russia investigation and saving his own skin. To this end, he will do practically anything he can get away with. And, judging by the deathly silence from the Republican leadership over the past couple of days, he won’t receive any resistance from that quarter. To repeat, the danger is increasing. more>

How to Save the Human Race

By Gabrielle Levy – Until only recently, the whole of human history has been marked by population growth, first gradual and then, in the past two hundred years, a sudden explosion. But in the last decades of the 20th century, population growth began to slow, and eventually, it will plateau or even decline.

The moment at which growth goes from accelerating to decelerating, according to a theory posited by Dr. Salk is called an inflection point – and would be filled with turmoil and conflict, but also opportunity.

Salk characterizes the time before the inflection point as Epoch A, and in that period, people were focused on their own betterment and achievement as necessary to capitalize on the potential for great growth. But going forward, after the inflection point in Epoch B, people will need to be more collaborative and sustainability-oriented. This plays out now in issues like climate change, where the world must work together to combat the issue.

We Don’t Have Elections

How tech companies merge with the nation-state

By Jacob Silverman – It should shock no one if Facebook emerges from its latest privacy imbroglio with a meager fine and a promise to do better—even as our elected leaders, whose lack of knowledge of Facebook’s workings reflected their advanced age, tut-tutted that this time Facebook has to do better.

The canon of American regulatory practices tends toward the ceremonial, with extreme deference shown toward corporations that may one day hire former regulators. Senator Lindsey Graham even invited Zuckerberg to submit possible regulations—an example of regulatory capture so blatant that “corruption” doesn’t even seem like the proper word.

Playing along, Zuckerberg expressed an openness to regulation, though he asked for a light touch, which, barring another data spillage, he should expect.

Beyond a few mild critiques, Congress’s overriding opinion of Zuck seems to be that he was a classic American success story, and perhaps—in his cunning acquisition of ungodly riches on the backs of others’ labor—he is.

To better understand Silicon Valley’s politics, we might return to the nation-state metaphor and consider technology companies as recently ascendant great powers. Endowed with impressive resources, making themselves known in assorted global capitals, their CEOs are greeted in the manner of heads of state. Their vast offshore cash reserves resemble sovereign wealth funds, whose investments have the power to shape politics. more>