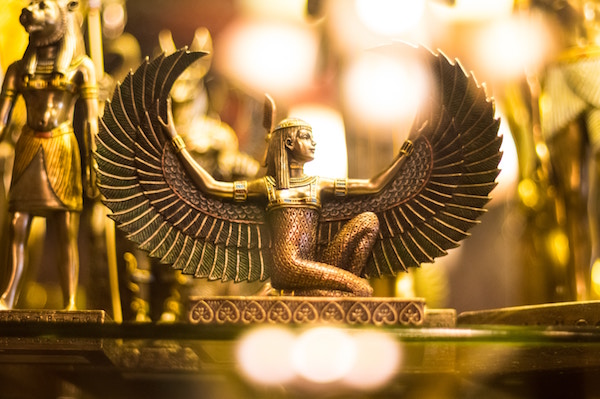 By Michael Hudson – My book “And forgive them their debts”: Lending, Foreclosure and Redemption from Bronze Age Finance to the Jubilee Year  is about the origins of economic organization ad enterprise in the Bronze Age, and how it shaped the Bible. It’s not about modern economies. But the problem is – as the reviewer mentioned – that the Bronze Age and early Western civilization was shaped so differently from what we think of as logical and normal, that one almost has to rewire one’s brain to see how differently the archaic view of economic survival and enterprise was.

Credit economies existed long before money and coinage. These economies were agricultural. Grain was the main means of payment – but it was only paid once a year, at harvest time. You can imagine how awkward it would be to carry around grain in your pocket and measure it out every time you had a beer.

We know how Sumerians and Babylonians paid for their beer (which they drank through straws, and which was cleaner than the local water). The ale-woman marked it up on the tab she kept. The tab had to be paid at harvest time, on the threshing floor, when the grain was nice and fresh. The ale-woman then paid the palace or temple for its advance of wholesale beer for her to retail during the year.

If the crops failed, or if there was a flood or drought, or a military battle, the cultivators couldn’t pay. So what was the ruler to do? If he said, “You owe the tax collector, and can’t pay. Now you have to become his slave and let him foreclose on your land.”

Suddenly, you would have had a slave society. The cultivators couldn’t serve in the army, and couldn’t perform their corvée duties to build local infrastructure.

All this was spelled out in the Clean Slate proclamations by rulers of Hammurabi’s dynasty in Babylonia (2000-1600 BC), and neighboring Near Eastern realms. They recognized that there was a cycle of buildup of debt, reaching an unpayably high overhead, followed by a cancellation to restore the status quo ante in balance.

This concept is very hard for Westerners to understand. more>

ITU News – More and more people worldwide have access to and are using the Internet. At the same time, ICT prices have dropped globally in the last decade. However, stronger information and communication technology (ICT) skills are needed to connect people everywhere.

These are some of the top highlights in ITU’s new Measuring the Information Society Report 2018, released today.

The MIS Report also finds that improved ICT regulation and policy-making have played a pivotal role in creating the conditions for the reduction of prices, ensuring that part of the efficiency gains of higher ICT adoption are passed on to consumers.

“This year’s report shows how increased investment in broadband technologies is driving the global digital transformation and enabling more people to access a myriad of services at the click of a button,” says ITU Secretary-General Houlin Zhao.

The report finds that there continues to be a general upward trend in the access to and use of ICTs. Most importantly, the world has crossed the halfway line in terms of Internet use, with 51.2 per cent of the world population using the Internet by the end of 2018. more>

Sharing Bandwidth with the Neighbors

By Wayne Hickey – Neighbors, when asked, will typically share a cup of sugar. In some cases, the ‘cup of sugar’ request was, and is, a great way to meet or start a friendly conversation with our neighbors. Waving from 50 feet away, or over a fence, isn’t as inviting or approachable. While being a good neighbor has its benefits, most draw the line for sharing with things like Internet access, typically by simply adding a security key to their home WiFi network. After all, now we’re talking bandwidth, and not sugar!

But with the Internet, every connection is a ‘shared’ connection. Sometimes sharing is done close to your house, a fiber node, headend, or Border Gateway Protocol (BGP) router. BGP is the routing protocol used to route traffic across the Internet Wide Area Network (WAN).

For cable operators today, coaxial cable is used to deliver broadband services to their existing customers, and will continue for many years. In the cable operator coaxial access network, cable bandwidth is shared among all subscribers in a service group. Service group sizes can vary, but typical coaxial access networks can range in the hundreds (300-500), depending on region. more>

By Enisaurus – I’m Enisaurus, a professional freelance illustrator from the sunny land of Valencia, Spain.

My works are usually based on geometry. There, between simple shapes and bright colors, is where I feel most comfortable. I’m always pushing myself to try new ways to communicate ideas and thoughts through my illustrations, constantly seeking ways of being a better storyteller and professional.

When I’m not at the climbing gym, I’m usually working on private commissions for clients from around the world, like BMW, Movistar, the Henry Ford Museum, TED, Bespoke Post, and Cabify, to name just a few. And between climbing and private commissions are my beloved side projects—what would I do without them! This is the time that I use for experimentation purposes and just for having fun; they are excellent exercises that help me develop my illustration skills and allow me to to step out of my comfort zone.

It’s the only way to avoid the dreadful feeling of being creatively stuck. more>

Posted in Business, Economy, Education, How to, Media, Net, Technology