How the market is betraying advanced economies

The idea that ‘the market’ must be the organizing principle for collective decision-making should be abandoned.

By Diane Coyle – Despite ever-improving conditions for millions of people around the world—documented by entities like the University of Oxford’s Our World in Data and highlighted by scholars like Steven Pinker—popular discontent is on the rise in many places.

Throughout the developed world, conditions for many workers are deteriorating, with no recovery in sight. Income inequality is near historic highs, wealth inequality is even higher and economic insecurity is widespread.

As the United Kingdom tears itself apart politically and constitutionally over Brexit, many of its citizens struggle with low-quality jobs, inadequate housing and poverty so severe that they rely on food banks.

France’s yellow-vest protests have been hijacked by violent extremists, but they reflect real grievances about the growing challenge of maintaining living standards.

In the United States, the Economic Report of the President touts the supposed elimination of poverty, but life expectancy does not decline in a prosperous country.

In short, the post-World War II social contract in many of today’s developed economies is breaking down. And even more uncertainty and insecurity are on the way, as new technologies such as artificial intelligence and robotics take root.

Given the depth of the transformation ahead, however, it is not just the policies themselves that must change, but the very framework on which they are based. This means abandoning the idea—which has shaped public policy for more than a generation—that the ‘market’ must be the organizing principle for collective decision-making. more>

What is a Converged Interconnect Network (CIN)?
The term, Converged Interconnect Network (CIN), has been around for a few years now – but it is only now with its importance in enabling MSOs to deploy Distributed Access Architectures that it is getting more attention. Still not sure what it is? Well Ciena’s Fernando Villarruel, explains how it has evolved, and what is next for the CIN. 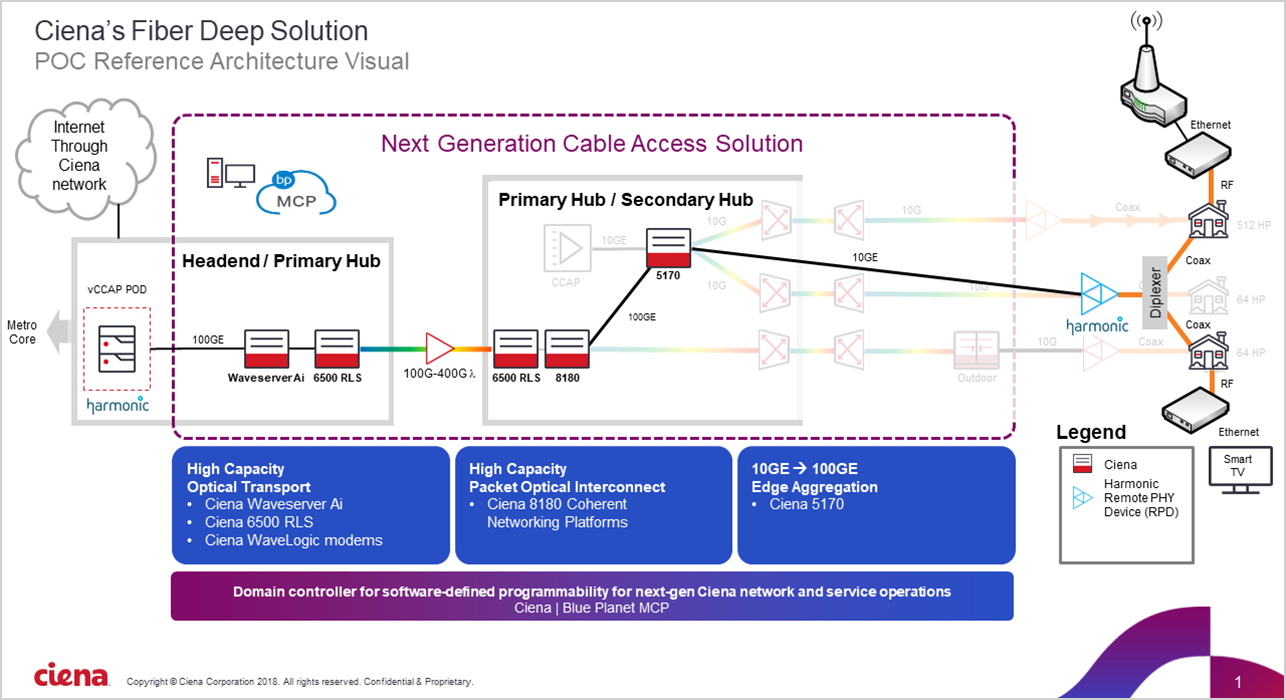 By Fernando Villarruel – The Internet & Television Association (NCTA), CableLabs®, and Cable Europe organizations kicked off 2019 by sharing the cable industry’s vision for delivering 10 gigabit/second networks, or 10G. 10G – ‘The Next Great Leap for Broadband’ – is at least 10 times faster than today’s consumer experience.

10G will be fully enabled as MSOs deploy Distributed Access Architectures (DAA) extending Digital Fiber Nodes (DFNs) closer to the end user and turning legacy functions into cloud services. A foundational part of this transition is overhauling the access network between the CCAP core and DFNs – a packet-based network the industry refers to as the Converged Interconnect Network (CIN), a strategic area of focus for Ciena.

Four years later, and on route to massive DAA deployments, the CIN definition merits another look to make sure it provides the right foundation for new opportunities available to MSOs while also ensuring they continue to thrive in their competitive environment.

Looking forward, the CIN needs to cover more than just connections from a centralized MAC to Remote PHY devices, for example some MSOs are now pursuing remote and flexible MAC and PHY solutions. Consequently, the CIN must serve all variations of MAC and PHY topologies.

Ciena is working with industry bodies and cable MSOs, to ensure the evolving CIN will support the requirements of DAA and extending fiber deeper to the network edge. At Ciena, we offer a comprehensive CIN solution and roadmap supporting a variety of architectures based on interoperable products and software-enabled automation for lifecycle management. more>

Motorsports is speeding the way to safer urban mobility
A novel Siemens partnership will apply the advanced automated and connected vehicle technologies to boost safety – first in motorsports and eventually in urban environments. The partnership brings together Siemens, with its broad, chip-to-city transportation technology portfolio, and the Fédération Internationale de l’Automobile (FIA), the world leader in the most advanced forms of motorsports.
By Edward Bernardon – The World Rally Championship is a fast, exciting and spectacular event, but it can also be dangerous, even for spectators. Some people risk their lives for a perfect photo or the perfect view. Spectators often cross barriers or suddenly jump out of scrubs just to take the ultimate photo of a passing Rally car – risking their own life and potentially endangering fellow-spectators, drivers and co-drivers.

Last year more than four million spectators attended Rally events, which take place on stages that can stretch across more than 25 kilometers. This can make it difficult for race organizers to monitor an entire stage, which are often on relatively narrow dirt and gravel roads that cut through diverse terrain, further hampering efforts of marshals or spotters to watch for fans who may be in harm’s way.

Rally organizers want the ability to quickly detect people in these unsafe areas. They need a solution that provides complete situational awareness of spectator location and flow in order to ensure that all spectators can safely enjoy an event. more> 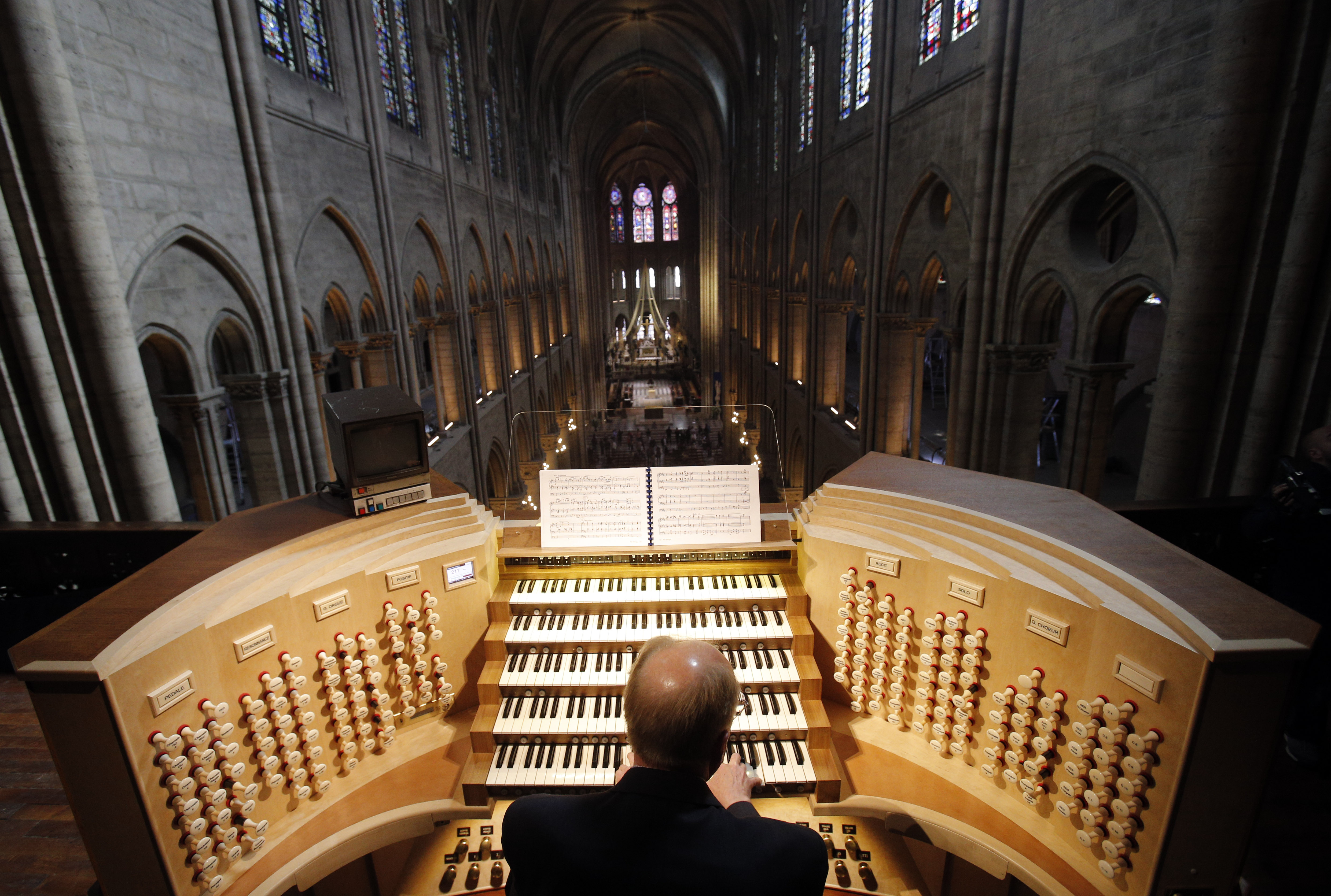 By Natasha Frost, Ephrat Livni, Whet Moser, Jessanne Collins, Adam Pasick and Luiz Romero – Far more than a postcard-ready icon of the city of Paris, the 13th-century building is beloved by people of all faiths, is a trove of art and relics, and has been immortalized in numerous works of literature. It has also been through dramatic ups and downs over the years.

But the reverberations of Monday’s fire spread as quickly as the blaze itself, transcending the physical damage. The blaze revealed fault lines in European politics, flaws in social media’s algorithm-driven fact-checking efforts, the usefulness of drones in firefighting, and just how personally humanity can feel the pain of a cultural tragedy.

In so many people’s imaginations, Paris is not supposed to change. Monuments such as Notre Dame are not supposed to be affected by the passage of time; but neither were the National Museum of Brazil, the treasures of Palmyra, the Glasgow School of Art, nor any other cultural treasures we’ve had snatched from us recently. more>