The Surveillance Threat Is Not What Orwell Imagined 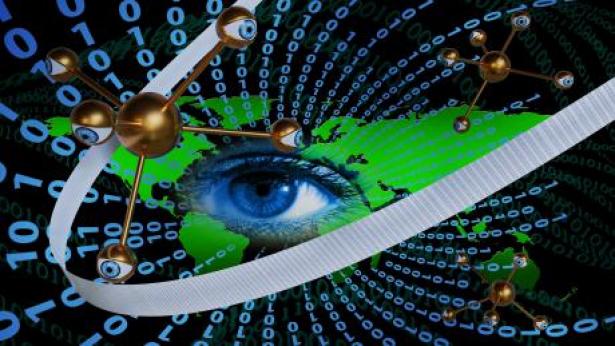 By Shoshana Zuboff – George Orwell repeatedly delayed crucial medical care to complete 1984, the book still synonymous with our worst fears of a totalitarian future — published 70 years ago this month.

Since 1984’s publication, we have assumed with Orwell that the dangers of mass surveillance and social control could only originate in the state. We were wrong. This error has left us unprotected from an equally pernicious but profoundly different threat to freedom and democracy.

For 19 years, private companies practicing an unprecedented economic logic that I call surveillance capitalism have hijacked the Internet and its digital technologies. Invented at Google beginning in 2000, this new economics covertly claims private human experience as free raw material for translation into behavioral data. Some data are used to improve services, but the rest are turned into computational products that predict your behavior.

These predictions are traded in a new futures market, where surveillance capitalists sell certainty to businesses determined to know what we will do next. This logic was first applied to finding which ads online will attract our interest, but similar practices now reside in nearly every sector — insurance, retail, health, education, finance and more — where personal experience is secretly captured and computed for behavioral predictions. By now it is no exaggeration to say that the Internet is owned and operated by private surveillance capital.

In the competition for certainty, surveillance capitalists learned that the most predictive data come not just from monitoring but also from modifying and directing behavior. more>

By Michael Maiello – As big financial institutions such as Lehman Brothers fell into distress in 2008, a credit contagion spread through the financial industry, creating a credit drought for the economy as lenders retrenched and hoarded capital.

Ağca, Babich, Birge, and Wu examined daily changes in credit default swap (CDS) spreads for all contracts with a five-year maturity between 2003 and 2014. A CDS is a derivative contract guaranteeing the owner a payout in the event that the borrower defaults. The contract’s price is known as the spread, which is the cost to insure against the default of $100 of the issuer’s debt. A widening spread signals that the market believes the issuer is more likely to default. Because the CDS market is deep and liquid, with information priced rapidly into the spread, the researchers argue that it is a better indicator of default expectations than laggard credit ratings or notes from bond analysts.

Take Ford Motor Company’s November 2008 earnings report, which highlighted massive losses, looming layoffs, and drastic cuts in capital spending. The CDS spreads linked to the company’s debt quickly widened, as one might expect. CDS spreads of American Axle & Manufacturing, a major Ford supplier, did the same, the researchers find. It makes sense that if Ford was slashing spending, its suppliers would have been suffering, they note.

But by contrast, CDS spreads were unchanged for companies with no relationship to either Ford or American Axle, such as semiconductor manufacturer Advanced Micro Devices. This suggests the mechanism by which contagion spreads is based on quantifiable business relationships, the researchers find. more>

Posted in Broadband, Business, Economy, Education, History, How to, Technology 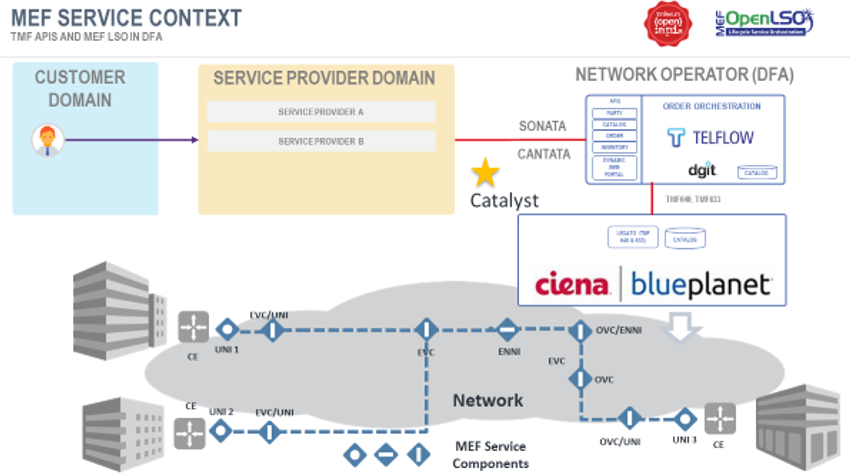 By Thomas DiMicelli – Communications service providers introduced Ethernet-based services almost 20 years ago as a more flexible and cost-effective alternative to TDM-based services. These services have been continuously enhanced over the years and are widely deployed today; however, traditional Ethernet service activation processes are increasingly out of alignment with market requirements.

I asked Andreas Uys, CTO at Dark Fibre Africa (DFA), an innovative open-access fibre optic company that operates in South Africa, to outline some of the issues concerning Ethernet service activation, and how CSPs can overcome them.

“The limitations of traditional Ethernet service activation processes are quite significant,” Andreas said. “Some of this is due to the way SPs are organized, and some is due to the reliance on manual operations; taken together, these issues dramatically slow the order to service process and delay time to revenue.”

Andreas continued: “Ethernet service activation naturally involves different departments… customer service reps generate work-orders, engineering designs the services, and the operations team provisions and manages the services. Each department has its own ‘siloed’ systems and rely on emails and spreadsheets to track workflow progress. This results in a time-consuming process, even to generate a simple quote.”

“Engineers design the service using stale data from multiple offline inventory systems,” Andreas added, “which results in non-optimal designs that waste network resources. Similarly, the operations team uses multiple tools to manually configure each element or domain in the service path, which adds cost and the potential for errors into the process.”

With fragmented systems and workflows, offline service design tools and error-prone manual provisioning, it is clear that the Ethernet service activation process needs to be updated. So what is the way forward? more>

How Adam Smith became a (surprising) hero to conservative economists By Glory M Liu – People like to fight over Adam Smith. To some, the Scottish philosopher is the patron saint of capitalism who wrote that great bible of economics, The Wealth of Nations (1776). Its doctrine, his followers claim, is that unfettered markets lead to economic growth, making everyone better off. In Smith’s now-iconic phrase, it’s the ‘invisible hand’ of the market, not the heavy hand of government, that provides us with freedom, security and prosperity.

To others, such as the Nobel prizewinning economist Joseph Stiglitz, Smith is the embodiment of a ‘neoliberal fantasy’ that needs to be put to rest, or at least revised. They question whether economic growth should be the most important goal, point to the problems of inequality, and argue that Smith’s system would not have enabled massive accumulations of wealth in the first place. Whatever your political leanings, one thing is clear: Smith speaks on both sides of a longstanding debate about the fundamental values of modern market-oriented society.

But these arguments over Smith’s ideas and identity are not new. His complicated reputation today is the consequence of a long history of fighting to claim his intellectual authority.

Smith’s first biographer, Dugald Stewart, deliberately portrayed him in the 1790s as an introverted, awkward genius whose magnum opus was an apolitical handbook of sorts. Stewart downplayed Smith’s more politically subversive moments, such as his blistering criticism of merchants, his hostility towards established religion, and his contempt for ‘national prejudice’, or nationalism. Instead, Stewart shined a spotlight on what he believed was one of ‘the most important opinions in The Wealth of Nations’: that ‘Little else is requisite to carry a state to the highest degree of opulence from the lowest barbarism, but peace, easy taxes, and a tolerable administration of justice; all the rest being brought about by the natural course of things.’

Stewart’s biography (first delivered as an eulogy in 1793, then published in 1794 and 1795) appeared in the wake of major events that terrified British audiences: the French Revolution of 1789, the Reign of Terror that followed and the sedition trials that followed in both England and Scotland. As the British historian Emma Rothschild has shown, Stewart’s depiction of Smith’s ideas cherrypicked in order to imbue political economy with scientific authority. She writes that he wanted to portray political economy as ‘an innocuous, technical sort of subject’, to help construct a politically ‘safe’ legacy for Smith during politically dangerous times. Stewart’s effort marked the beginning of Smith’s association with ‘conservative economics’.

Smith would soon earn a reputation as the father of the science of political economy – what we now know as economics. more>