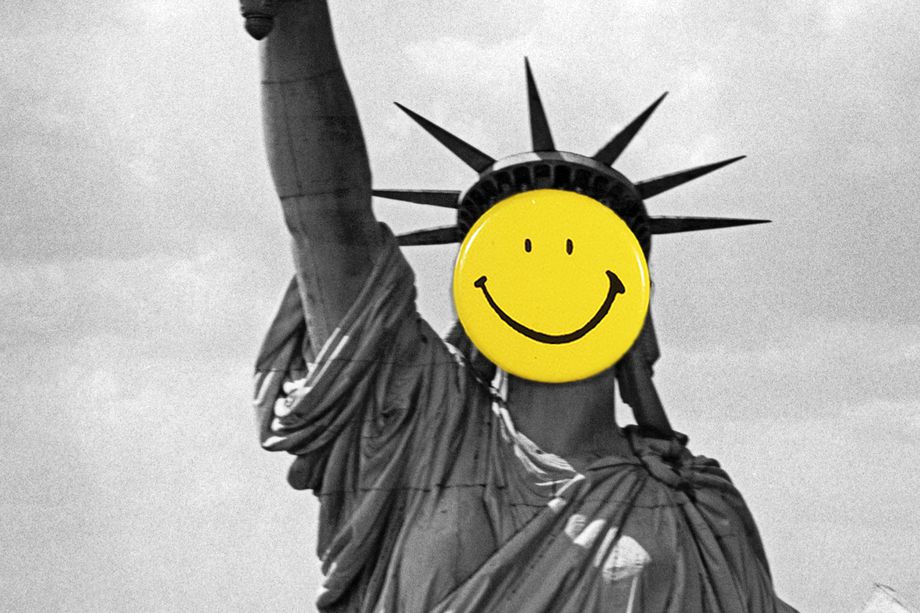 By Mariana Alessandri – I once ended up at a Boy Scout ceremony in the northeast United States, where I inhaled the American spirit unfiltered. The boys’ uniforms had Stars-and-Stripes patches sewn on next to their badges. We recited the Pledge of Allegiance in front of an oversize US flag, and we prayed to America’s vague God, giving thanks for this and that, and asking for some strength or protection. The boys recited their Scout Law: to be trustworthy, loyal, helpful, and… cheerful.

As a philosopher influenced by Friedrich Nietzsche, I’d always imagined cheerfulness was a sickly child, born nine months after a Tinder date between Stoicism and Christianity. But that night I learned that cheerfulness was a British orphan smuggled into the US in the early 20th century, and was now making a living spreading itself all over contemporary American kitsch: throw pillows, coffee mugs and slippers. Cheerfulness has planted deep roots in US soil, and the poor Boy Scouts are made to believe she’s a virtue.

The Ancient Greeks named four virtues: temperance, wisdom, courage and justice. Aristotle added more, but cheerfulness wasn’t one of them. The Greek philosophers didn’t seem to care about how we felt compared with how we acted.

The Roman Stoics inched closer to prescribing cheerfulness when they decided that we should pay attention to our feelings. They believed that we could control our attitudes.

To the Stoic list of virtues, the Christians added faith, hope and love. These are a gift from God, unlike patience and justice, which can be achieved on our own. Faith is the belief that with God all things are possible; hope is risking that belief in real time; and love is willing to be wrong about it. These three add an undeniably emotional element to the mix of virtues, but even Jesus didn’t ask for cheer.

It’s no surprise that cheerfulness was embraced not only by Boy Scouts but by the greater American culture too: the US is a melting pot of Christianity, Stoicism, cognitive behavioral therapy, capitalism and Buddhism, all of which hold, to varying degrees, that we are responsible for our attitudes and, ultimately, for our happiness. more>