differencebetween.netWhy the New Autocrats Are Weaker Than They Look 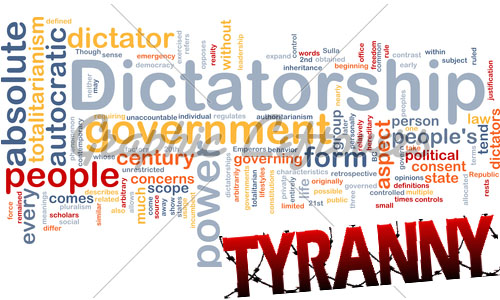 By Yascha Mounk – It has been a good decade for dictatorship. The global influence of the world’s most powerful authoritarian countries, China and Russia, has grown rapidly.

For the first time since the late nineteenth century, the cumulative GDP of autocracies now equals or exceeds that of Western liberal democracies. Even ideologically, autocrats appear to be on the offensive: at the G-20 summit in June, for instance, President Vladimir Putin dropped his normal pretense that Russia is living up to liberal democratic standards, declaring instead that “modern liberalism” has become “obsolete.”

Conversely, it has been a terrible decade for democracy. According to Freedom House, the world is now in the 13th consecutive year of a global democratic recession. Democracies have collapsed or eroded in every region, from Burundi to Hungary, Thailand to Venezuela. Most troubling of all, democratic institutions have proved to be surprisingly brittle in countries where they once seemed stable and secure.

In 2014, I suggested in these pages that a rising tide of populist parties and candidates could inflict serious damage on democratic institutions. At the time, my argument was widely contested. The scholarly consensus held that demagogues would never win power in the long-established democracies of North America and western Europe. And even if they did, they would be constrained by those countries’ strong institutions and vibrant civil societies.

Today, that old consensus is dead. The ascent of Donald Trump in the United States, Matteo Salvini in Italy, and Jair Bolsonaro in Brazil has demonstrated that populists can indeed win power in some of the most affluent and long-established democracies in the world. And the rapid erosion of democracy in countries such as Hungary and Venezuela has shown that populists really can turn their countries into competitive authoritarian regimes or outright dictatorships. The controversial argument I made five years ago has become the conventional wisdom.

But this new consensus is now in danger of hardening into an equally misguided orthodoxy. Whereas scholars used to hope that it was only a matter of time until some of the world’s most powerful autocracies would be forced to democratize, they now concede too readily that these regimes have permanently solved the challenge of sustaining their legitimacy.

The new orthodoxy is especially misleading about the long-term future of governments that promise to return power to the people but instead erode democratic institutions. These populist dictatorships, in countries such as Hungary, Turkey, and Venezuela, share two important features: first, their rulers came to power by winning free and fair elections with an anti-elitist and anti-pluralist message. Second, these leaders subsequently used those victories to concentrate power in their own hands by weakening the independence of key institutions, such as the judiciary; curtailing the ability of opposition parties to organize; or undermining critical media outlets.

It is too early to conclude that the populist dictatorships that have arisen in many parts of the world in recent years will be able to sustain themselves in power forever. In the end, those who are subject to these oppressive regimes will likely grow determined to win back their freedom. more> 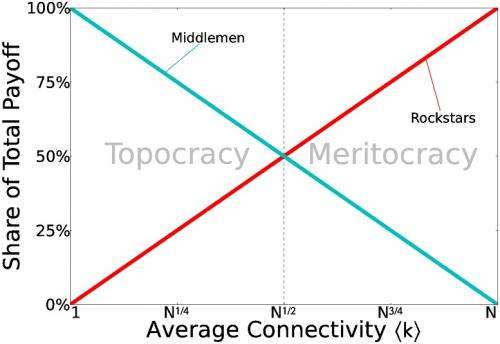 By David V Johnson – We live in an age of excessive praise for the wealthy and powerful. The upper echelons of society bathe in a sea of honors, awards and celebrity. We see it in the glossy magazines and at the so-called ideas festivals, where billionaires are fawned over for their bons mots. We applaud philanthropists for their largesse, even if their charity will do little ultimate good for society, and even if their conduct in acquiring their fortune was reprehensible. We commend them for dabbling in politics or pushing school reform, before we see any results, and even if we have reason to doubt the good that they will do.

To criticize our praise for the wealthy and powerful as excessive inevitably raises the question of meritocracy. To what extent do we live in a meritocracy, and is that a good or a bad thing? Meritocracy is a form of social organization that is founded on praise and blame. People signal who deserves power and status by praising them for their character, their talent, their productivity and their actions, and who merits demotion in status and power by blaming them for their vices, their ineptitude and their failings.

Insofar as people’s assessments of praise and blame are accurate, they will promote those deemed better up in the hierarchy of power and status, and demote those deemed worse down. Better people will do better things with their superior power and status. When the system works, we have an aristocracy – rule by the finest people. Or so thinkers from Aristotle onward have thought.

This system doesn’t work and can’t work on its own terms. Assessments of praise and blame tend to reflect existing hierarchies of power and status, thereby reifying them. This is because praise and blame have as much to do with the person judging as the person being judged. If everyone in a meritocracy wants to get ahead, assessments of praise and blame will be influenced by whatever helps people to get ahead – namely heaping praise on the powerful and respected, and castigating those without power and status. more> 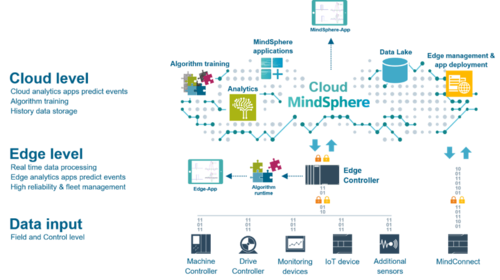 By Gunter Beitinger – In October 2017, Siemens launched their Lean Digital Factory (LDF) program. Combining a group of experts from different business functions and technology units, its purpose is to define a conceptual holistic digital transformation roadmap for all factories of the operating company Digital Industries (DI).

To fully capture the value of using big data in manufacturing, the plants of DI needed to have a flexible data architecture which enabled different internal and external users to extract maximum value from the data ecosystem. Here, the Industrial Edge layer comes into the picture, which processes data close to the sensors and data source (figure).

The Industrial Edge and data lake concept will enable a more powerful solution than any other data storage and utilization concept:

In DI, it can be challenging to harness the potential of digitalization at full scale due to installed proprietary software solutions, customized processes, standardized interfaces and mixed technologies. However, at Siemens, this doesn’t mean that we ran a large standardization program before leveraging the possibilities of data analytics and predictive maintenance in our plants.

To get rubber on the road at large scale, we required an architectural concept which allowed us to develop applications, scale up and transfer solutions from plant to plant, from engineering to shop floor as well as supplier to customer and reuse identified process insights from one application to another. more>

By Doreen Bogdan-Martin – By 2030 there will be an estimated two billion young people seeking opportunities for a bright future. If we give these young people the right skills, they will each have the chance to reach their full potential – and their personal success can begin to translate into sustained economic success for their local economies.

Education is the tool that empowers us all. Building digital skills and leveraging young people’s natural affinity with technology is a powerful way to help nations around the world grow and strengthen their economic base and become more competitive in today’s globalized markets.

Right now, however, we know that investments in building digital skills are falling far short of needs. Even in the world’s wealthy nations, millions of students still aren’t getting access to technology in the classroom and at home.

In the developing world, access is even more limited. Without digital skills, these young people are being left behind in a world that grows ever more digital by the day.

Empowering populations with digital skills and literacy is also vitally important to connecting the remaining half the world’s population that is still offline. Digital skills generate demand for the Internet, and drive deployment of broadband. And new ITU research confirms that higher broadband penetration translates into a boost for GDP, particularly in developing countries.

In ITU’s new edition of Digital Skills Insights (formerly Capacity Building in a Changing ICT Environment), we bring together the latest information and perspectives in the fast-growing field of digital learning and skills development. more>