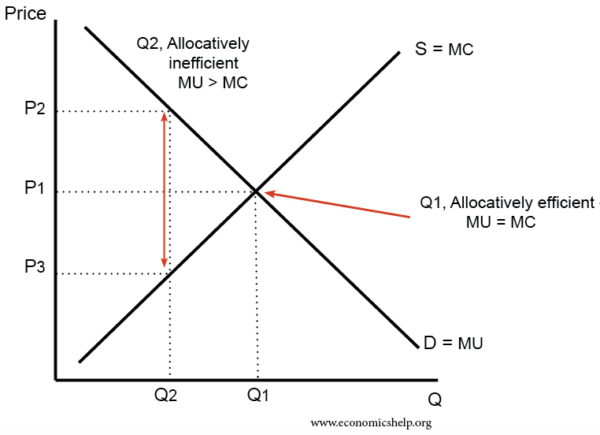 By Blair Fix – Through years of schooling, mainstream economists are trained to ignore the obvious facts about human nature. The theories that economists learn make it impossible for them to understand human sociality.

Economists are trained that humans are asocial ‘globules of desire’. This is Thorstein Veblen’s satirical term for ‘homo economicus’, the economic model of man.

As Veblen makes clear, economists’ model of human behavior is bizarre. Indeed, the assumptions are so far-fetched that one wonders how this ‘theory’ ever gained acceptance. I’ve spent years trying to make sense of homo economicus as a scientific theory. I’ve concluded that this is a waste of time. Economists’ selfish model of humanity is best treated not as science, but as ideology.

Unlike scientific theories, ideologies are not about the search for ‘truth’. Instead, they are about rationalizing a certain worldview — usually the worldview of the powerful. Economists’ selfish model of humanity is a textbook example.

The discipline of economics emerged during the transition from feudalism to capitalism. During this period of social upheaval, business owners battled to wrench power from the landed aristocracy. To supplant the aristocracy, business owners needed to frame their power as legitimate (and the power of aristocrats as illegitimate). Their solution was devilishly clever. The new business class appealed to autonomy — the mirror opposite of the ideals of feudalism.

Feudalism was based on ideals of servitude and obligation. Serfs were obligated to perform free work for feudal lords. And these lords, in return, were obligated to protect serfs from outside attackers. This web of obligation was rationalized by religion — it was a natural order ordained by God.

To upend this order, business owners championed the ideals of autonomy and freedom. Business owners claimed to want nothing but to be left alone — to pursue profit unfettered by government or aristocratic power. From this world view, the autonomous model of man was born. It had nothing to do with how humans actually behaved. It was about rationalizing the goals of business owners. They wanted power, but they framed it as the pursuit of freedom and autonomy. “Power in the name of freedom” is how Jonathan Nitzan puts it. more>

By Cristina Daura – llustrator Cristina Daura grew up steps away from an amusement park. A trail led straight from her house to the top of Barcelona’s Tibidabo mountain, where a large church looms over a colorful theme park full of twinkly lights, charming roller coasters, creepy vintage animatronics, and sweet-smelling air. Daura’s family held an annual pass, so she could pop in any time. Today, the artist’s playful but dark illustrations are clearly inspired by the kitsch, the bright colors, and her memories of this extraordinary place.

A bit of an outcast when she was younger, Daura found her community at comic book stores. Always with a sketchbook in hand, she thought she wanted to design comic books for a living. When she found out that illustration work paid better, she switched gears—but she continues to take inspiration from the way comics tell a story.

Daura also uses symbols and an intentionally limited color palette to communicate, with many symbols repeated in multiple works. With the symbols, Daura has created her own representational language—and because she doesn’t like to explain her work, the viewer is left to interpret meaning on their own. more> 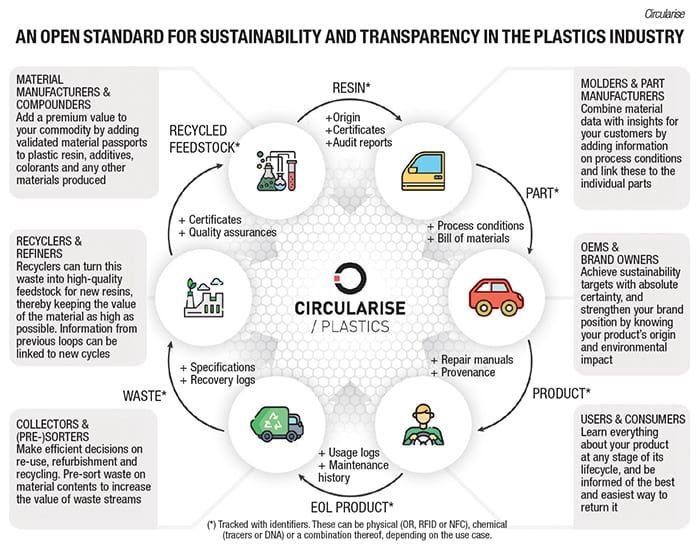 From palm oil to plastics, the global supply chains of many critical raw materials are evolving as consumers and manufacturers increasingly seek sustainable and renewable options. Digital technologies, including blockchain, Internet of Things (IoT) sensors and modeling tools, are facilitating these supply-chain transitions by enabling unprecedented data visibility and analyses. At the same time, chemical manufacturers are turning toward process and chemistry innovations to improve the sustainability of their raw materials.

Blockchain, in particular, provides many specific capabilities that are helping manufacturers realize more sustainable sourcing practices. In the plastics sector, for instance, DOMO Chemicals (Ghent-Zwijnaarde, Belgium; www.domochemicals.com) and Covestro AG (Leverkusen, Germany; www.covestro.com), along with the Circularise initiative (www.circularise.com/plastics), are partnering to implement blockchain technology to improve traceability and transparency in plastics manufacturing.

“Blockchain can be applied to many challenges in the plastics value chain, such as complex record keeping and tracking of products. Blockchain serves as a less corruptible and better automated alternative to centralized databases,” says Jordi de Vos, founder of Circularise. Blockchain provides encoded information storage on a network-to-network chain, which validates data to protect business dealings and prevents the theft or manipulation of documents – a unique combination of transparency and security.

The Circularise platform creates a digital twin of a material, component or product to build end-to-end traceability by integrating audit reports, certifications, material parameters and more. In addition to making materials traceable, Circularise aims to protect stakeholders’ privacy – the protocol is specifically developed to enable the disclosure of relevant supply-chain information without having to share sensitive data. more>

The ICT industry relies on technical standards to an extent rivalled by few other industry sectors.

Our networks and devices interconnect and interoperate thanks to the tireless efforts of thousands of experts worldwide who come together to develop international standards.

International standards provide the technical foundations of the global ICT ecosystem – today’s advanced optical, radio and satellite networks are all based on ITU standards.

95 per cent of international traffic runs over optical infrastructure built in conformance with ITU standards. Video will account for over 80 per cent of all Internet traffic by 2020, and this traffic will rely on ITU’s Primetime Emmy winning video-compression standards.

Standards create efficiencies enjoyed by all market players, efficiencies and economies of scale that ultimately result in lower costs to producers and lower prices to consumers. more>