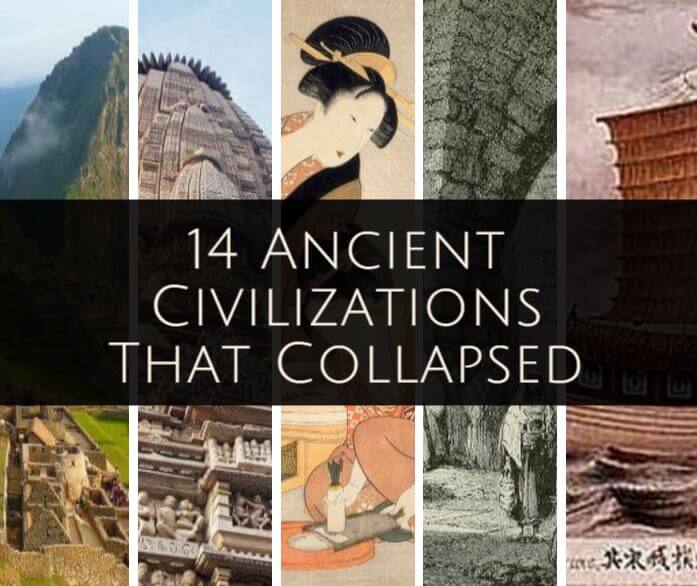 By Guy D Middleton – We also need to think about what we apply the term ‘collapse’ to – what exactly was it that collapsed? Very often, it’s suggested that civilizations collapse, but this isn’t quite right. It is more accurate to say that states collapse. States are tangible, identifiable ‘units’ whereas civilization is a more slippery term referring broadly to sets of traditions. Many historians, including Arnold Toynbee, author of the 12-volume A Study of History (1934-61), have defined and tried to identify ‘civilizations’, but they often come up with different ideas and different numbers. But we have seen that while Mycenaean states collapsed, several strands of Mycenaean material and non-material culture survived – so it would seem wrong to say that their ‘civilization’ collapsed. Likewise, if we think of Egyptian or Greek or Roman ‘civilization’, none of these collapsed – they transformed as circumstances and values changed. We might think of each civilization in a particular way, defined by a particular type of architecture or art or literature – pyramids, temples, amphitheatres, for example – but this reflects our own values and interests.

It is the same with the Maya and with the Easter Islanders. In both cases, civilization and state have been confused and conflated. The Maya world was spread across a huge area with many different environments, from the dry northern Yucatán Peninsula to the river-fed lowlands in the south, and beyond into the mountains. It was an old and interconnected world of cities and kings, divided up among super-states of wide influence and more modest kingdoms that could fall under their spell. There were probably 60 to 70 ‘independent’ states; the fortunes of all waxed and waned. It was a bigger and more complex world than Late Bronze Age Greece.

he idea of a collapse of Maya civilization seems just wrong – and it carries with it the wrong kind of implications – that the Maya all disappeared or that their post-collapse culture is less important or less worthy of our attention. Via many individual collapses, Classic Maya society transformed through the Terminal Classic and into the Postclassic – a development that is hardly surprising when compared with the changing map of Europe across any five-century period. Maya society continued to change with the arrival of the Spanish, and through the colonial and modern eras. If we value the Maya’s so-called Classic period more than their culture at other times, this is our choice – but it is one that should be recognized and questioned. more>