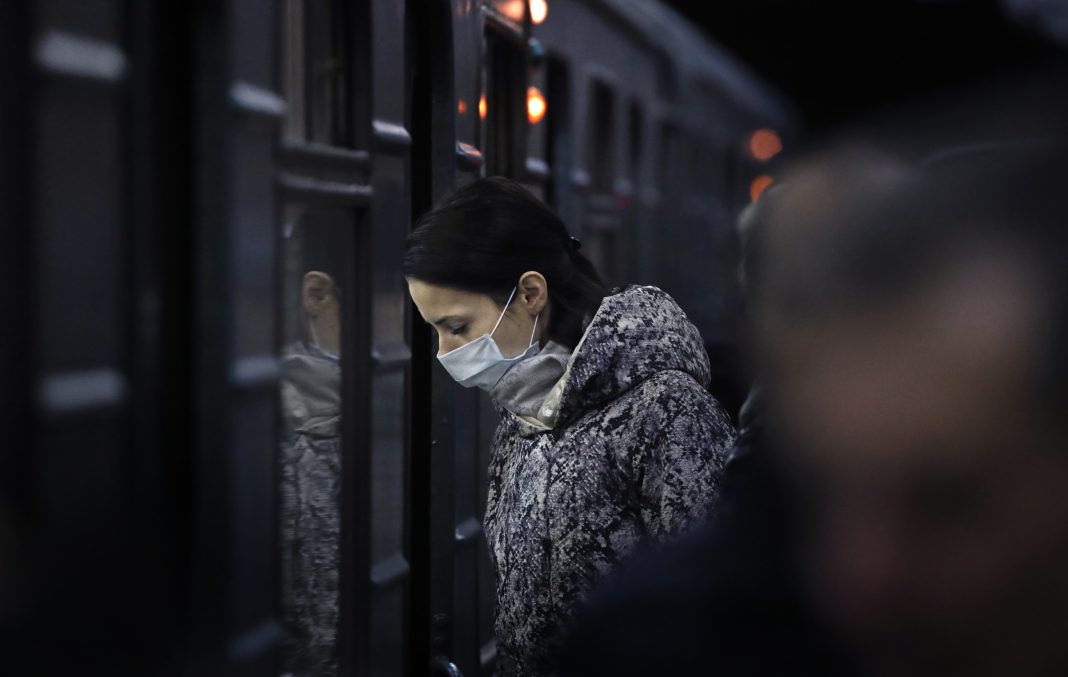 By Nicholas Waller – In the space of just a few weeks, the COVID-19 pandemic has plunged much of the world into a state suspended paralysis. What’s more, this crisis has laid bare just how unprepared we in the developed world are when a major global catastrophe strikes at the very heart of our way of life. But if the coronavirus pandemic has taught us anything, it is that delaying prudent policymaking has deadly and economically ruinous consequences.

When the first signs of an outbreak began in China in late 2019, the earliest warnings were first covered up by a paranoid Communist regime that was intent on keeping the world uninformed about the deadly nature of the disease. Despite multiple alarms in Europe and the United States shortly after the new year, those warnings went unheeded.

While the lessons to be learned from the COVID-19 pandemic await an in-depth review once the worst phase of the crisis passes, the world is now left with finding a way to somehow tame the disease while at the same time picking up the pieces of the world’s economies and forging ahead with a more secure post-pandemic existence.

In order to do that, the world’s democracies must acknowledge the disturbing speed by which aggressive and heavy-handed measures were enacted by officials in nations with little-to-no-history of authoritarianism as part of their efforts to combat the spread of the virus. This has led to many of the core tenants of modern liberal democracy becoming the main casualties of the COVID-19 crisis as strict lockdowns, curfews, restrictions on the press, public shaming of those who question the authorities, and restrictions on the right to assemble became the order of the day.

The distinctly Orwellian character of each of the aforementioned acts is impossible to ignore. This means that each of the leading nations of the free world must come to the harsh realization that once certain inalienable rights are stripped away, it is nearly impossible to ever recoup what has been forever lost – the post-9/11 world taught each and every one of us that simple but fundamental lesson.

When the world moves into the next uncharted phases of the post- COVID-19, Europeans must be at the forefront of how to demonstrate the means by which democratic principles can be preserved.

As national economies contract, resources will shrink, and governments will struggle to provide for their own populations. But by pooling together the vast scientific, manufacturing, and innovative resources that the EU possesses – and working in tandem with its close allies in the US, UK, and Canada – Europe can produce and store vital medical and telecommunications resources that would wean itself off a destructive dependence on Chinese supplies, part of which contributed to the sense of malaise and outright hubris that contributed to the severity of the pandemic. more>

From surviving to thriving: Reimagining the post-COVID-19 return
For many, the toughest leadership test is now looming: how to bring a business back in an environment where a vaccine has yet to be found and economies are still reeling.

By Kevin Sneader and Bob Sternfels – The 1966 World Cup marked a low point for Brazilian soccer. Although the winner of the previous two tournaments, the team was eliminated in the first round, and its star player, Pelé, failed to perform. Fouled frequently and flagrantly, he threatened never to return to the World Cup. Many wondered if Brazil’s glory days were over. Four years later, however, Brazil won again, with such grace and style that the 1970 team is not only widely regarded as the best team ever to take the pitch but also as the most beautiful. And Pelé was named the player of the tournament.

Making this turnaround required innovation, in particular, the creation of a unique attacking style of soccer. It required building a cohesive team, even as most of the roster changed. And it required leadership, both in management and on the field. The result: by reimagining everything, Brazil came back stronger.

As businesses around the world consider how they can return from the torment inflicted by the coronavirus, Brazil’s journey from failure to triumph provides food for thought. In a previous article, McKinsey described five qualities that will be critical for business leaders to find their way to the next normal: resolve, resilience, return, reimagination, and reform. We noted that there would likely be overlap among these stages, and the order might differ, depending on the business, the sector, and the country.

In this article, we suggest that in order to come back stronger, companies should reimagine their business model as they return to full speed. The moment is not to be lost: those who step up their game will be better off and far more ready to confront the challenges—and opportunities—of the next normal than those who do not.

There are four strategic areas to focus on: recovering revenue, rebuilding operations, rethinking the organization, and accelerating the adoption of digital solutions. more>

Driving towards an open and smarter RAN
What are the benefits of opening the Radio Access Network (RAN) and what is the industry doing to drive this change? 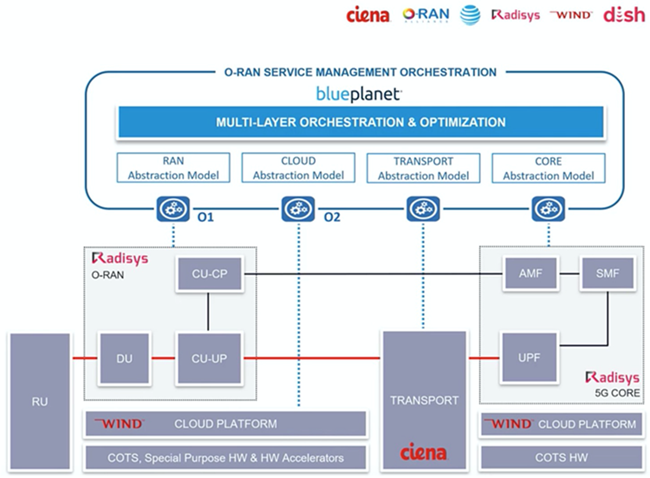 By Brian Lavallée – Since the dawn of mobile networking, the Radio Access Network (RAN) has been closed and proprietary. It remains one of the last parts of the global network infrastructure yet to be opened. Doing so will allow Mobile Network Operators (MNOs) to pick-and-choose radios, Baseband Units (BBU) components, and the transport networks that interconnect them, from one or more vendors.

Opening the RAN, via a broad adoption of open specifications, will yield benefits related to new market entrants with new ideas and mindsets, faster innovation fueled by increased competition, a broader and more secure supply chain, as well as expected price reductions driven by increased competition. The benefits of openness are simply too enticing to ignore and is why the movement continues to gain momentum.

An open RAN also comes with tradeoffs to be addressed, because great openness comes with great responsibility. Building best-in-breed RANs composed of different vendors means someone has to do the integration of the radios, BBU components, and transport network that interconnects them, since this was previously done by the sole turnkey vendor.

Interworking issues tend to be more involved, especially as the number of vendors grows, but there’s work being done by such groups as the O-RAN Alliance, Small Cell Forum, 3GPP, and Telecom Infra Project (TIP) to alleviate the challenges associated with an open RAN. The number of groups working on opening the RAN is a good indication of the will of the industry, especially the MNOs, to eliminate decades old vendor lock-in. This is because the time to open the RAN is now, as 5G systems are just starting to be rolled out with increasing velocity, worldwide. more>

No one has all the answers for COVID-19 policy By Joseph L. Pagliari, Jr. – The COVID-19 epidemic and the policy response to it have already become a wellspring for new economic research, and economics will no doubt emerge from this unprecedented global moment with new evidence for important macroeconomic phenomena. But however the crisis informs economics, it has also reaffirmed one of the science’s core tenets: important decisions involve trade-offs.

The notion of trade-offs, or the idea that there is an opportunity cost to any choice, is central to much of economics. The study of these trade-offs is often associated with traded quantities (the dollar value of things such as domestic production, interest rates, workers’ salaries, etc.), but the COVID-19 pandemic places economists in the uncomfortable position of examining things such as the economic value of human life, the quality of such lives, and the human stresses related to attending to a pandemic. Despite the natural discomfort most people (many economists included) feel about quantifying these things, these economic exercises still play an important role in our understanding of the situation and our crafting policy to address it.

Consider this illustration highlighting the trade-offs inherent in the current pandemic: (see diagram).

As has been much discussed elsewhere, the intention of the stay-at-home (or shelter-in-place) measures in effect throughout the United States is to “flatten the [epidemiological] curve,” or to slow the rate at which the virus spreads, thereby reducing the likelihood of a surge in demand for medical services that leads to sorrowful, triage-like decisions about whom to treat. The “COVID-19-related costs” curve illustrates the all-in costs of mitigating the adverse effects of the coronavirus as a function of the length of the government’s quarantine measures. These all-in costs include not only those who unfortunately perish due to the virus, but also the economic and human costs of providing these medical services, including the extraordinary efforts of the medical community in responding to the pandemic. To state the obvious, these costs are exceedingly difficult to quantify. more>