When machines think for us: consequences for work and place

The one sure way not to forecast the impact of artificial-intelligence technologies is technological determinism. 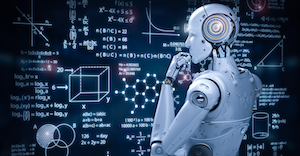 By Judith Clifton, Amy Glasmeier and Mia Gray – Will artificial intelligence affect how and where we work? To what extent is AI already fundamentally reshaping our relationship to work? Over the last decade, there has been a boom in academic papers, consultancy reports and news articles about these possible effects of AI—creating both utopian and dystopian visions of the future workplace. Despite this proliferation, AI remains an enigma, a newly emerging technology, and its rate of adoption and implications for the structure of work are still only beginning to be understood.

Many studies have tried to answer the question whether AI and automation will create mass unemployment. Depending on the methodologies, approach and countries covered, the answers are wildly different. The Oxford University scholars Frey and Osborne predict that up to 47 per cent of US jobs will be at ‘high risk’ of computerisation by the early 2030s, while a study for the Organisation for Economic Co-operation and Development by Arntz et al asserts that this is too pessimistic, finding only 9 per cent of jobs across the OECD to be

In a new paper, we argue that the impact of AI on work is not deterministic: it will depend on a range of issues, including place, educational levels, gender and, perhaps most importantly, government policy and firm strategy.

First, we challenge the commonly held assumption that the effects of AI on work will be homogeneous across a country. Indeed, a growing number of studies argue that the consequences for employment will be highly uneven. Place matters because of the importance of regional sectoral patterns: industrial processes and services are concentrated and delivered in particular areas. At present AI appears to coinhabit locations of pre-existing regional industry agglomerations.