Challenges for international institutions during COVID 19 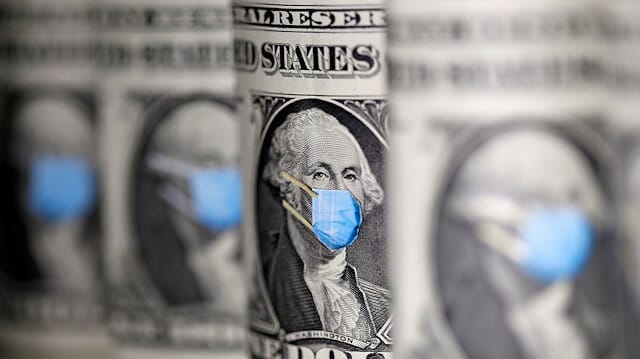 By Erol User – International institutions still represent a compromise between the power capabilities of their participants and the need for relative civilizational interaction between them. Institutions cannot be effective or on their own. It always depends on the ability of states to agree and the presence of objective structural prerequisites.

In the latter half of April, disputes between China and the United States led to the disruption of a tele-meeting by the G20 countries.

Due to the fact that this grouping is considered the most representative and, at the same time, the least binding in terms of decision-making, until recently it was considered the most promising in the context of a crumbling world order and the growth of national egoism.

However, the first round of the most important interstate confrontation of the new era already called into question the very possibility of discussions between the leaders of the 20 most economically and politically important countries of the world. Somewhat earlier, the US government announced that it plans to stop funding the World Health Organisation, where it is the main donor. Washington does not like much at the WHO. But the main thing is that China has so far been able to exert more influence on its work than the United States itself. Donald Trump is trying to correct this imbalance in the ways characteristic of his policymaking. The result is not yet obvious.

Mankind went without constant norms and rules for most of its political history. Since the formation of the first states, collectives of individuals have reflected nothing but their own conscience and the strength of other collectives in their actions. In Europe, the role of arbiter was for a short time, less than 1,000 years, played by the Catholic potentate in Rome. The church did not have its own armies, but it did have moral authority. Moreover, the popes’ lack of their own military power, as well as their claim to the universality of spiritual power, did not allow the Holy See to become one of the ordinary states.

Accordingly, the values ​​and rules that Rome tried to impose during the Middle Ages did not directly express anyone’s values ​​or interests. Therefore, they were relatively fair, for the most part. At the beginning of the 16th century, European states became so strong that they became nonplussed with the power of Rome. Over the next 400 years, they lived practically without any institutions embodying the need to follow the rules. As a result of the Thirty Years’ War of 1618 – 1648, at least general rules of conduct appeared, therefore Kissinger in his book World Order defined the Westphalian system as “having not a substantive, but a procedural character.” This was a great achievement for its time, but it was far from an attempt to establish genuine, civilized relations between peoples. more>

Why US unemployment is even worse than the official numbers say

By Rebecca Stropoli – The COVID-19 crisis has sent the US jobs market reeling. As of April 16, more than 22 million workers had filed unemployment claims since the shutdowns began in March.

But the real unemployment figures are likely higher than reported, suggests research by University of Texas’s Olivier Coibion, University of California at Berkeley’s Yuriy Gorodnichenko, and Chicago Booth’s Michael Weber. Despite catastrophic job losses, an increase in workers dropping out of the labor force altogether may mean the official unemployment rate is misleadingly low, they argue.

To track the pandemic’s effect on unemployment, the researchers used an ongoing survey, conducted by Nielsen, of households that participate in its Homescan panel, studying three key measures typically tracked by the Bureau of Labor Statistics (BLS): the unemployment-to-population ratio, the unemployment rate, and the labor-force-participation rate.

During recessions, as the employment-to-population ratio falls, the unemployment rate typically rises, and vice versa. But in more severe recessions, a higher number of discouraged out-of-work people may stop looking for employment. In this case, while the employment-to-population ratio is low, the unemployment rate doesn’t rise at the same rate, as there are fewer people who are an active part of the labor force.

The researchers tracked surveys prior to and during the pandemic. They find that the employment-to-population ratio had fallen by around 7.5 percent in April, which meant almost 20 million jobs had been lost as of April 6, far more than the estimated 16.5 million that had been reported. State governments’ inability to process such a crushing number of claims, coupled with the fact that many workers aren’t eligible for unemployment benefits, may account for the underestimation, the researchers note. more>

A CEO’s guide to reenergizing the senior team
In today’s tough and fast-changing environment, CEOs must help their top leaders to work through fear and denial and to learn new rules.

By Derek Dean – When business conditions change as dramatically as they have in the past year, CEOs need to be able to rely on their best leaders to adapt quickly. But what should they do when their strongest executives seem unable to play a new game? The costs—organizational drift, missed opportunities, unaddressed threats—are so big that it’s tempting to replace leaders who are suffering from paralysis. But this is a mistake when, as is often the case, these executives possess valuable assets, such as superior market knowledge, relationships, and organizational savvy, that are difficult to replace.

Before sending promising executives off the field, CEOs should try to help them learn to play by new rules. While part of the task—making a compelling case for change, helping him or her meet new job demands—involves appealing to an executive’s rational side, there’s also frequently an emotional element that is at least as important. Empathizing with the complex emotions executives may be feeling as the assumptions underlying their business approach unravel can be a critical part of overcoming the fear, denial, and learning blocks keeping them stuck.

Helping senior managers swim through this thick stew of challenges is a perennial problem that has become more acute for many organizations over the last year. The credit crunch and global economic slowdown didn’t just cause the unraveling of many business models. They also unsettled the assumptions and confidence of many senior managers. Mopping up the collateral damage in the executive suite is now a mission-critical task for many CEOs and is likely to remain one even when business conditions begin to recover.

Among the many emotions that can influence how executives interpret and respond to events, there’s one worth addressing on its own: plain old white-knuckled fear. In times of rapid change, when the actions that used to lead to success don’t any more, even strong leaders can experience intense, unproductive levels of fear caused by threats to their identity, their reputations, their social standing, and even their basic survival needs of a job and a paycheck. Ironically, leaders with the strongest track records are often more susceptible to fear during tumultuous periods because they have less experience facing adversity than their colleagues with more checkered pasts do. more>

Ryan Brown Is on the Move

By Terri Stone – Ryan Brown isn’t one for sitting still. Whether he’s running a brand’s creative strategy or running marathons, the art director is always on the move. “It just feels good to learn and grow,” he says.

Brown’s diverse client roster includes everything from Chelsea Football Club to an underwriting company. He’s even been his own customer as the head of brand and creative for the Aaron Lewis Foundation. (Brown founded the charity to honor a friend killed in action in Afghanistan.)

The Londoner is well-versed in brand strategy. “It’s an area I’ve always loved,” Brown says. “If you create a brand that has purpose and is authentic, then you create a believable, trustworthy brand, and there’s something so rewarding about that.” While at Chelsea Football Club, his role expanded from senior designer to being involved in the club’s repositioning worldwide. “It gave me a front row seat on how to create and implement a strategic positioning of a brand on a global scale.”

But Brown takes care not to lose touch with the hands-on work. “One of my skills is that I can support my team by jumping in at any phase of a project if need be, from ideation through artwork,” he says. “I think it helps keep the lines of communications open with the team.” more>