The Coronavirus Crisis in the U.S. Is a Failure of Democracy 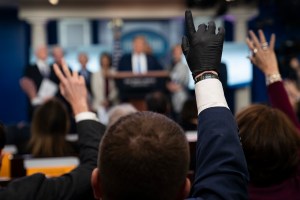 By David Litt – It’s become commonplace to refer to COVID-19 as “the worst public health crisis of our lifetimes.” But what has cost the United States so many lives and jobs during the pandemic is not, at root, a failure of public health. It’s a failure of democracy.

Despite our political polarization, and in the face of an unprecedented threat, the American people have been in remarkable agreement about what they expect from their government. From the time the virus was discovered, our scientists and public health officials urged aggressive action and put forward plans to save lives. Poll after poll has shown that a clear majority of Americans trust want our leaders to heed the experts’ advice. Yet that hasn’t happened. We were far too slow to implement social-distancing guidelines – a delay epidemiologists found is responsible for 90% of U.S. coronavirus deaths – and now we’re acting far too quickly to reopen the economy.

In other words, with lives on the line, our elected leaders are ignoring the people’s will, and Americans are dying as a result. In our shining city on a hill – the global model for representative government – how could this possibly happen? more>