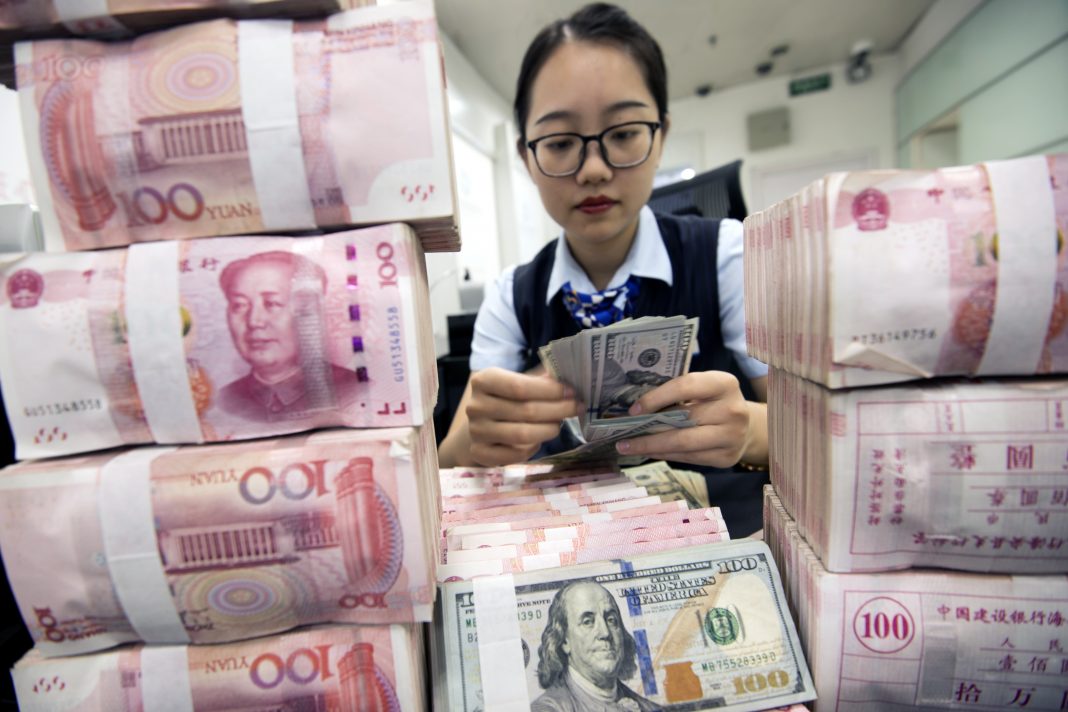 By Lena Deros – The Chinese as people have proven to be very creative and have given the world many things that we use today, including silk, gunpowder, porcelain, and other more specialized items were initially produced in China.

There is also a rumor in some theoretical historical and political analyses that the Chinese have never tried to conquer or take over other nations as other countries have done in the past.

But how true is that theory?

Our research, based on a comprehensive new data set, shows that China has extended many more loans to developing countries than previously known. This systematic underreporting of Chinese loans has created a “hidden debt” problem – meaning that debtor countries and international institutions alike have an incomplete picture on how much countries around the world owe to China and under which conditions.

In total, the Chinese state and its subsidiaries have lent about $1.5 trillion in direct loans and trade credits to more than 150 countries around the globe. This has turned China into the world’s largest official creditor — surpassing traditional, official lenders such as the World Bank, the IMF, or all OECD creditor governments combined.

Despite the large size of China’s overseas lending boom, no official data exists on the resulting debt flows and stocks. China does not report on its international lending and Chinese loans literally fall through the cracks of traditional data-gathering institutions.

Credit rating agencies, such as Moody’s or Standard & Poor’s, or data providers, such as Bloomberg, focus on private creditors, but China’s lending is sponsored by the Communist Party, and therefore off their radar. Debtor countries themselves often do not collect data on debt owed by state-owned companies, which are the main recipients of Chinese loans. In addition, China is not a member of the Paris Club (an informal group of creditor nations) or the OECD, both of which collect data on lending by official creditors. more>

Will ‘ship, then fix’ become obsolete in the next normal?
COVID-19 will likely accelerate remote working and the need for companies to speed up their efforts to digitize support functions—improving efficiency and user experience without increasing cost.

By Hiren Chheda, Jonathan Silver, Samir Singh, and Amit Vashisht – Faced with ever-growing pressures to optimize costs and improve performance, most companies have taken steps to increase the efficiency of their support functions. An estimated 80 percent of Fortune 500 companies report using some form of a centralized shared-services operating model—but most companies have only scratched the surface of the potential value available. Worse, many have wasted significant time debating the right approach. Should they focus on centralizing processes and functions to increase efficiency, or automate processes through digital technology?

The COVID-19 pandemic has forced companies to act fast. It has also created a window for companies to reimagine the way support functions operate. In the next normal, we believe that the answer to long-debated question is ‘yes’ to both. Companies that centralize processes and functions first are still likely to find that they need to automate them—the “ship then fix” approach. Conversely, other companies may make faster progress by automating processes first and then centralizing them—“fix then ship.”

The right sequence depends on the organization’s starting point and its unique combination of circumstances and needs. And, regardless of the path a company chooses, there are a set of foundational measures that will lead to better results. Rather than continuing to debate, companies can take action now to capture value that otherwise may slip away.

For companies improving their support functions, ship-then-fix has been the default option for several reasons—starting with the fact that historically it offered the fastest path to value. Centralizing functions through a shared-services model typically requires far less upfront investment than trying to digitize processes first, and therefore offers a more straightforward business case. Because many organizations have used this approach to reduce costs and increase efficiencies, the approach is perceived (with some reason) as relatively low-risk: the changes are often self-funding, with the savings then available for reallocation toward digitizing select processes. more>

Delivering true 5G: are we ready?
It’s already been an exciting year for 5G technology, as we finally move the needle on commercial deployments and early adoption of new use cases. We discussed with Ciena’s Joe Marsella how mobile and wholesale network operators are gearing up to capitalize on the benefits and opportunities of 5G – and how technologies such as Network Slicing will play a key role.

By Joe Marsella – What many may not realize is that 5G will initially leverage 4G and coexist with it for many years to come, rather than immediately obsolete it. Consumers will have plenty of time to swap out their 4G-enabled devices for 5G-capable ones with the pace of change largely dictated by how attractive the new 5G enable apps and monthly plans will be. However, we simply can’t discount the amazing network performance that 5G will provide.

Operators globally have been focused on 5G rollouts in densely populated metro areas in an effort to offer the base solution to their masses of customers as quickly as possible. It always comes down to bandwidth – and more of it! And, numerous city centers are on the brink of 5G transformation. In the future, we’ll see metro areas morph into Smart Cities, adopt driverless vehicles, embrace tech-powered emergency responder services, and fuel hubs for new innovation centers and businesses.

On the other hand, the outlook in rural areas – with lower end-user densities – will lag metro 5G rollouts. While government entities have taken steps in the right direction to help close the digital divide by offering funding to deliver high-speed bandwidth service to rural communities, there’s still a long way to go. more>

US small businesses have little cushion against prolonged disruptions 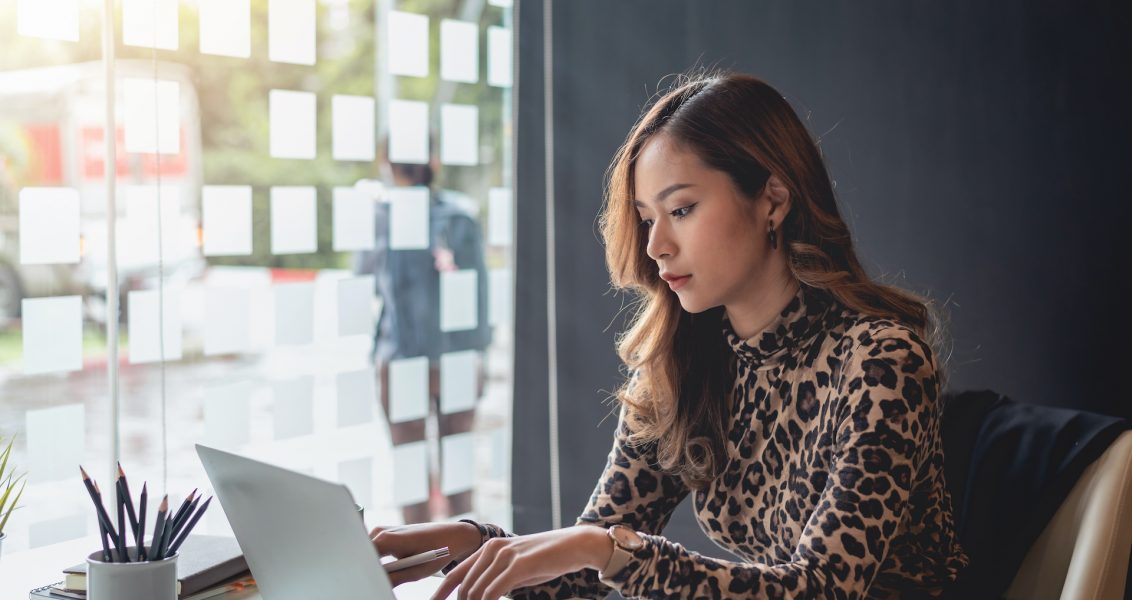 By Michael Maiello – Even in a growing economy, most small businesses in the United States lack sufficient reserve capital to endure a prolonged business interruption, so a natural disaster, pandemic, or any condition that interrupts normal operations can quickly lead to job cuts and business failures. If the government wants to keep small businesses afloat, its support must be enacted quickly and generously and be easy to access, according to a survey of 5,800 small businesses conducted early during the COVID-19 outbreak in the US.

University of Illinois’s Alexander W. Bartik, Chicago Booth’s Marianne Bertrand, and Harvard’s Zoë Cullen, Edward Glaeser, Michael Luca, and Christopher Stanton have been studying small-business behaviors, decision-making, and attitudes. Their research provides a detailed look at the financial health of small businesses heading into COVID-19 and underscores the need for fast and easy-to-access government interventions when businesses are interrupted.

The researchers conducted their survey as the Coronavirus Aid, Relief, and Economic Security (CARES) Act was signed into law in late March and implemented in April. By then, small-business owners, who employ 48 percent of American workers, had already cut their workforces massively, a sign of their precarious finances even ahead of the outbreak. Three quarters of survey respondents, who are all members of Alignable, a small-business network, reported they had cash on hand to cover expenses for no more than two months.

Survey respondents who believed the pandemic would last longer were more pessimistic about their companies’ chances of surviving. The researchers estimated that business closures could lead to almost 33 million job losses if the pandemic were to last four months, 35 million if it were to extend six months. more>