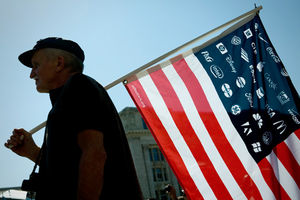 By Nouriel Roubini – The mass protests following the killing of George Floyd by a Minneapolis police officer are about systemic racism and police brutality in the United States, but also so much more.

A vast underclass of increasingly indebted, socially immobile Americans—African-Americans, Latinos and, increasingly, whites—is revolting against a system that has failed it.

This phenomenon is not limited to the US, of course. In 2019 alone, massive demonstrations rocked Bolivia, Chile, Colombia, France, Hong Kong, India, Iran, Iraq, Lebanon, Malaysia and Pakistan, among other countries. Though these episodes each had different triggers, they all reflected resentment over economic malaise, corruption, and a lack of economic opportunities.

The same factors help to explain populist and authoritarian leaders’ growing electoral support in recent years. After the 2008 financial crisis, many firms sought to boost profits by cutting costs, starting with labor. Instead of hiring workers in formal employment contracts with good wages and benefits, companies adopted a model based on part-time, hourly, gig, freelance and contract work, creating what the economist Guy Standing calls a ‘precariat’. Within this group, he explains, ‘internal divisions have led to the villainization of migrants and other vulnerable groups, and some are susceptible to the dangers of political extremism’.

The precariat is the contemporary version of Karl Marx’s proletariat: a new class of alienated, insecure workers who are ripe for radicalization and mobilization against the plutocracy (or what Marx called the bourgeoisie). This class is growing once again, now that highly leveraged corporations are responding to the Covid-19 crisis as they did after 2008: taking bailouts and hitting their earnings targets by slashing labor costs.

One segment of the precariat comprises younger, less-educated white religious conservatives in small towns and semi-rural areas who voted for Trump in 2016. They hoped that he would actually do something about the economic ‘carnage’ that he described in his inaugural address. But while Trump ran as a populist, he has governed like a plutocrat, cutting taxes for the rich, bashing workers and unions, undermining the Affordable Care Act (‘Obamacare’), and otherwise favoring policies that hurt many of the people who voted for him. more>

This entry was posted in Economy. Bookmark the permalink.