FBI director: China is the “greatest long-term threat” to the US 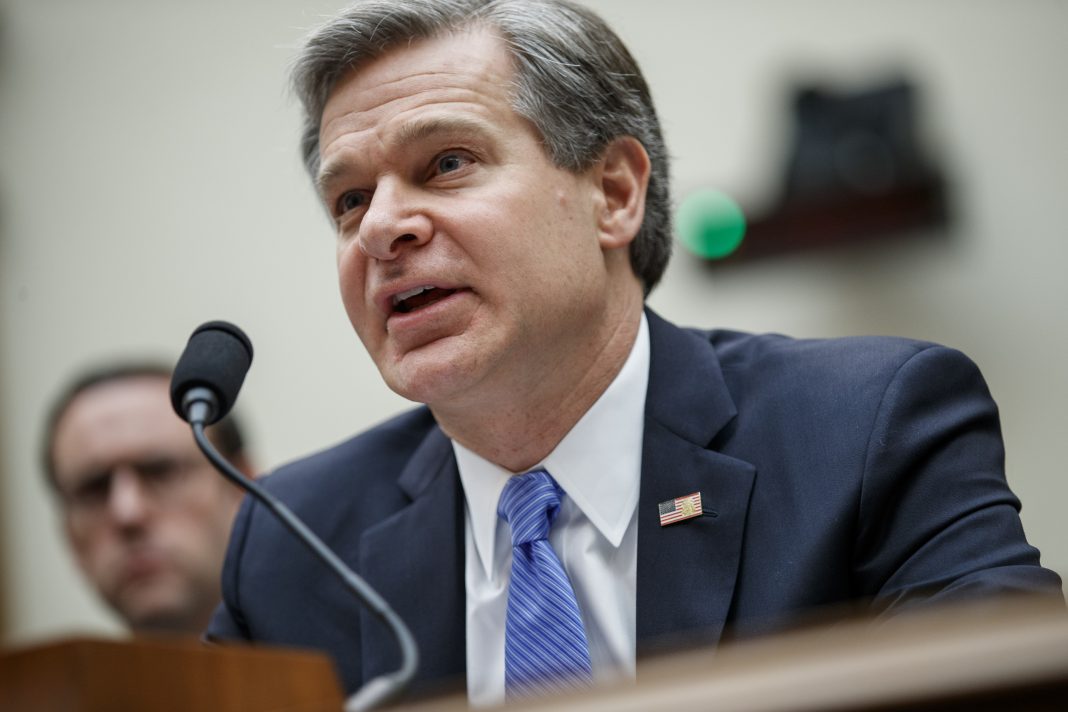 New Europe – New Europe has, in the past, sounded the alarm on multiple occasions in an effort to caution the public about China’s flagship projects, including its Belt and Road initiative, as well as its numerous financial and technological investments around the world, all of which are aimed at ensuring that the Chinese Communists’ vital interests become so irreversibly intertwined with the order of business in the community that they guarantee that Beijing replaces the United States and its allies to become the arbiter of a new, Chinese-model, world order.

While speaking to the Hudson Institute in Washington on July 7, FBI Director Christopher Wray confirmed what New Europe has been concerned about, saying that acts of espionage and theft by China’s government pose the “greatest long-term threat” to the future of the United States.

As National Security Advisor O’Brien said in his recent remarks, we cannot close our eyes and ears to what China is doing—and today, in light of the importance of this threat, I will provide more detail on the Chinese threat than the FBI has ever presented in an open forum. This threat is so significant that the attorney general and secretary of state will also be addressing a lot of these issues in the next few weeks. But if you think these issues are just an intelligence issue, or a government problem, or a nuisance largely just for big corporations who can take care of themselves—you could not be more wrong.

It’s the people of the United States who are the victims of what amounts to Chinese theft on a scale so massive that it represents one of the largest transfers of wealth in human history.

In 2017, the Chinese military conspired to hack Equifax and made off with the sensitive personal information of 150 million Americans—we’re talking nearly half of the American population and most American adults—and as I’ll discuss in a few moments, this was hardly a standalone incident.

Our data isn’t the only thing at stake here—so are our health, our livelihoods, and our security.

We’ve now reached the point where the FBI is opening a new China-related counterintelligence case about every 10 hours. Of the nearly 5,000 active FBI counterintelligence cases currently underway across the country, almost half are related to China. And at this very moment, China is working to compromise American health care organizations, pharmaceutical companies, and academic institutions conducting essential COVID-19 research.

To understand this threat and how we must act to respond to it, the American people should remember three things.

First: We need to be clear-eyed about the scope of the Chinese government’s ambition. China—the Chinese Communist Party—believes it is in a generational fight to surpass our country in economic and technological leadership.

That is sobering enough. But it’s waging this fight not through legitimate innovation, not through fair and lawful competition, and not by giving their citizens the freedom of thought and speech and creativity that we treasure here in the United States. Instead, China is engaged in a whole-of-state effort to become the world’s only superpower by any means necessary.

The second thing the American people need to understand is that China uses a diverse range of sophisticated techniques—everything from cyber intrusions to corrupting trusted insiders. They’ve even engaged in outright physical theft. And they’ve pioneered an expansive approach to stealing innovation through a wide range of actors—including not just Chinese intelligence services but state-owned enterprises, ostensibly private companies, certain kinds of graduate students and researchers, and a whole variety of other actors working on their behalf.

To achieve its goals and surpass America, China recognizes it needs to make leaps in cutting-edge technologies. But the sad fact is that instead of engaging in the hard slog of innovation, China often steals American intellectual property and then uses it to compete against the very American companies it victimized—in effect, cheating twice over. They’re targeting research on everything from military equipment to wind turbines to rice and corn seeds.

Through its talent recruitment programs, like the so-called Thousand Talents Program, the Chinese government tries to entice scientists to secretly bring our knowledge and innovation back to China—even if that means stealing proprietary information or violating our export controls and conflict-of-interest rules. more>