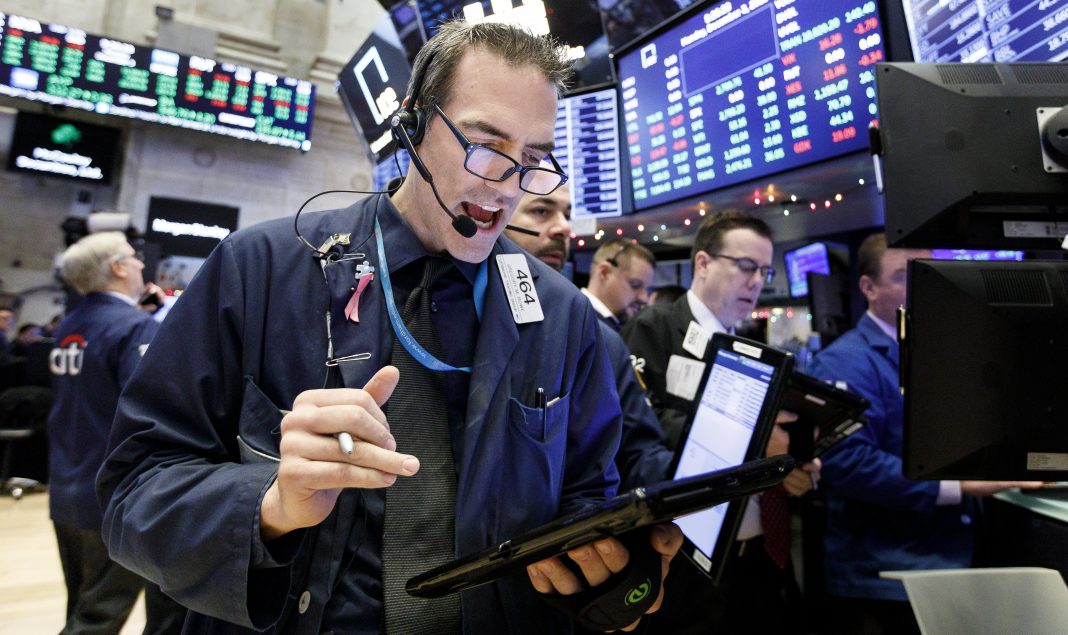 By Marshall Auerback and Jan Ritch-Frel – Former U.S. Treasury Secretary Lawrence Summers has recently conceded: “In general, economic thinking has privileged efficiency over resilience, and it has been insufficiently concerned with the big downsides of efficiency.” Policy across the globe is, therefore, moving in a more overtly nationalistic direction to rectify this shortcoming.

COVID-19 has accelerated a process that was well underway before it, spreading beyond U.S.-China-EU trade negotiations and into the world’s 50 largest economies. As much as many defenders of the old order lament this trend, it is as significant a shift as the dawn of the World Trade Organization global trade era.

Economists, politicians, and leading pundits are often tempted to see new economic patterns through the prisms of the past; we are therefore likely to hear that we’re back in an era of 19th-century mercantilism, or 1970s-style stagflation. But that misses the moment—the motives are different, and so are the outcomes.

What we are experiencing is the realisation by state planners of developed countries that new technologies enable a rapid ability to expand or initiate new and profitable production capacity closer to or inside their own markets. The cost savings in transport, packaging and security and benefits to regional neighbours and these countries’ domestic workforces will increasingly compete with the price of goods produced through the current internationalized trade system. U.S. national politicians from President Donald Trump to Senator Elizabeth Warren will be joined by a growing chorus who see the long-term domestic political benefit of supporting this transition.

The combination of high-speed communication, advances in automated manufacturing and computing combined with widespread access to the blueprints and information necessary to kick-start new production capacity increasingly makes the current international network of supply chains resemble a Rube Goldberg contraption, and it lightens the currency outflow challenge that many economies have had to deal with for the past seven decades.

Growing political will to restore manufacturing capacity in the national interest will have a shattering effect on countries that built up their economies through a labour price advantage over the past 40 years. No amount of currency depreciation or product dumping can overcome the reality of a country’s foreign customer base suddenly opting to produce and buy their own goods at competitive prices.

The rationales provided by governments to escape the strictures of the existing trade arrangements and into the new era are fairly easy: a mix of opportunism and need, tied to the exigencies of the moment, such as the current pandemic, and long-term national security, which of course can ultimately amount to any economic activity of scope. Senator Elizabeth Warren’s introduction in July of her sweeping Pharmaceutical Supply Chain Defense and Enhancement Act demonstrates that the U.S. power establishment is beginning to reach a consensus on this issue—no longer the sole province of Trump-era nationalism. “To defeat the current COVID-19 crisis and better equip the United States against future pandemics, we must boost our country’s manufacturing capacity,” Warren said, recasting the consequences of decades of policy to offshore our economic production as an “overreliance on foreign countries.” Likewise, Senator Tom Cotton has introduced a new bill focusing on domestic production of semiconductors, titled the “American Foundries Act of 2020,” which aims to rebuild the country’s semiconductor capacity. This bill too has significant bipartisan backing.

The government of Japan’s newly defined restrictions on foreign investment as reported by the Financial Times of around a dozen sectors including “power generation, military equipment, [computer] software [and technology]” in effect prioritize the claims of domestic manufacturers on national security grounds.

The government of Australia has likewise outlined new powers to scrutinize new overseas investment, as well as forcing foreign companies to sell their assets if they pose a national security threat. The proposals come in the wake of an intensifying trade war between the governments of Beijing and Canberra, alongside “a dramatic increase in the number of foreign investment bids probed by Australia’s spy agency ASIO, over fears that China was spying on sensitive health data,” according to news.com.au. This is happening at the same time that there has been an overhaul of thought with regard to manufacturing, something Australia hasn’t typically done much of. The headlines from Australia are beginning to look a lot like the Area Development stories in the United States.

The Canadian government has also announced plans to enhance foreign investment scrutiny “related to public health or critical supply chains during the pandemic, as well as any investment by state-owned companies or by investors with close ties to foreign governments,” according to the Globe and Mail. This attempt to disaggregate beneficial foreign investment flows from those deemed contrary to the national interest used to be a common feature of government policy in the post-World War II period. Canada established the Foreign Investment Review Agency in 1973 as a result of mounting concerns about rising overseas investment, notably the domination of U.S. multinationals, in the Canadian economy. Its provisions were repeatedly downgraded as globaliaation pressures intensified, but its value is now being reassessed for compatibility with national health policy and resiliency in manufacturing chains. Predictably, pharmaceutical independence is high on the list.

Taiwan, “a net importer of surgical masks before the pandemic, [has] created an onshore mask-manufacturing industry in just a month after registering its first infections in January,” reports the Financial Times. “Taiwan’s President Tsai Ing-wen… said Taipei would repeat that approach to foster other new industries.” And world economists have noted that Taiwan and Vietnam lead the world in growth of global market share in exports, at the expense of larger economies like China.

In Europe, the EU leadership is publicly indicating a policy of subsidy and state investment in companies to prevent Chinese buyouts or “undercutting… prices.” This was supposed to represent a cross-European effort, but the coronavirus policy response is increasingly driven at the national level. Consequently, it is starting to fracture the EU’s single market, which has long been constructed on an intricate network of cross-border supply chains and strict rules preventing state subsidies to national champions.

Even Germany, with a vibrant export sector that has long made it a beneficiary of globalization, has also signaled a move toward greater economic nationalism.

Economic nationalist considerations are also driving a shift in Britain’s negotiating stance in the current Brexit trade negotiations with the EU, with the UK clearly prioritizing national sovereignty over frictionless free trade with its former single-market partners, even if that means a so-called “Hard Brexit.” The EU’s single-market rules specifically preclude state aid to specific industries if it undermines the operation of the single market. But the UK’s chief negotiating officer, David Frost, has made it clear that the ability to break free from the EU’s rulebook was essential to the purpose of Brexit, even if that meant reverting to the less favorable WTO trade relationship that exists for other non-EU countries.

Over the past 40 years, this kind of overt economic nationalism, especially as it has pertained to domestic manufacturing capabilities, has generally been eschewed by the United States, at least until the ascension of Donald Trump to the White House. In part, this is a product of the fact that as global hegemon, the United States used to be able to dominate global institutions (such as the International Monetary Fund and the WTO) and shape them toward U.S. national interests. But when necessary, national security considerations have intervened.

More recently, national security considerations in the semiconductor industry have again revived in the wake of the Trump administration’s growing dispute with Chinese 5G telecommunications equipment maker Huawei. The U.S. Commerce Department has now mandated that all semiconductor chip manufacturers using U.S. equipment, IP, or design software will require a license before shipping to Huawei. This decision has forced the world’s biggest chipmaker—Taiwan Semiconductor Manufacturing Company (TSMC)—to stop taking fresh orders from Huawei, as it uses U.S. equipment in its own manufacturing processes. Paradoxically, then, the Trump administration has exploited pre-existing global supply linkages in the furtherance of a more robust form of economic nationalism. The same policy attitude is now visible with regard to pharmaceuticals (as it is in other parts of the world, to the likely detriment of China and India).

READ  With no debt deal, Obama would face tough choices Aug. 3 about what bills to pay
Powered by Inline Related Posts

A shift like this will have a knock-on effect that will reverberate to the other parts of the world that for centuries have been forcibly limited—by arms and finance—to being sources of raw material export, refined if they were lucky. They will watch closely what happens with Australia, which for the majority of the past 150 years has been an exporter of food and minerals, but is now jumping on the project to establish a national manufacturing base.

As dozens of countries build their own manufacturing base—something only a handful of countries controlled for most of modern history—big questions will emerge about geopolitical stabilization and the classical tools of foreign influence. The world today in some respects resembles the 19th century’s balance-of-power politics, even as the majority of countries understand that some minimal level of state collaboration is essential to combat shared challenges. China is party to a growing number of global disputes, as emerging great powers typically experience: the U.S. vs. China, China vs. India, Japan vs. China, China vs. Australia, and the EU vs. China. But hot wars are unlikely to feature as prominently as they did two centuries ago.

Expect to see Cold War-style conflict intensify, however, albeit in new forms. Instead of the old geopolitical arenas including access to vital commodities or stable petroleum markets, the new forms of the competition will put greater weight on access to advanced research and technologies, such as the collection, transfer and storage of data and the quantum computing power to process it.

The speed at which global supply chains can potentially shift to accommodate the rise in economic nationalism is considerable. The success with which we manage the transition will largely settle the debate as to whether it is, in fact, the better path to greater prosperity and global stability. more>