How Leaders Can Regain Trust in Untrusting Times

By Gregory P. Shea – Google employees protest an attempt to silence their activism. Facebook employees stage a virtual walkout. Amazon employees protest over workplace safety, and a company vice president resigns over their firings. Employees at Target and Walmart protest as well. Print and broadcast media struggle with various policies, and prominent journalists resign at the The Philadelphia Inquirer and The New York Times. The Washington Post reports on research findings that the COVID-19 pandemic will undermine trust in government for decades.

Isolated data points? Maybe. A sign of the times? Perhaps. Regardless, leaders should take note.

First, leadership is a relationship. No relationship, no leadership. One or more people allow another person to influence their behavior in a manner or direction that the other wishes. That influence can and does come from a wide variety of sources. But regardless of source, no such relationship means no followers, and no followers means no leaders and no leadership. As one Wharton Executive Education participant put it: “We refer to a person who sets the direction for our travel as a ‘leader.’ We refer to a person traveling without followers as ‘a bloke out for a walk.’”

Second, societal and organizational elites have, for decades, chiseled away at their relationship with followers. Systematic shredding of long-standing “do your job, keep your job” cultures in the last 20 to 30 years of the 20th century eviscerated the psychological contract between employer and employee, even as employers complained about the remarkable demise of employee loyalty. Since 1978, CEO pay has increased 1,000%, compared with 11.9% for average workers. CEOs now make 278 times as much as the average worker, up from 20 times in 1965. Trust in government has fallen from about 70% to under 50% over the same period.

Few visible elites paid any appreciable price in the wake of the financial crisis (unlike after the S&L crisis of the 1980s and 1990s), and those who did were frequently seen loading up their wagons with gold before heading out of town and into “retirement.” more>

india’s turning point: An economic agenda to spur growth and jobs
A clarion call is sounding for India to put growth on a sustainably faster track and meet the aspirations of its growing workforce.

By Shirish Sankhe, Anu Madgavkar, Gautam Kumra, Jonathan Woetzel, Sven Smit, and Kanmani Chockalingam – India is at a decisive point in its journey toward prosperity. The economic crisis sparked by COVID-19 could spur reforms that return the economy to a high-growth track and create gainful jobs for 90 million workers to 2030; letting go of this opportunity could risk a decade of economic stagnation. A new report from the McKinsey Global Institute identifies a reform agenda that could be implemented in the next 12 to 18 months. It aims to raise productivity and incomes for workers, small and midsize firms, and large businesses, keeping India in the ranks of the world’s outperforming emerging economies.

A clarion call is sounding for India to put growth on a sustainably faster track and meet the aspirations of its growing workforce. Over the decade to 2030, India needs to create at least 90 million new nonfarm jobs to absorb the 60 million new workers who will enter the workforce based on current demographics, and an additional 30 million workers who could move from farm work to more productive nonfarm sectors. If an additional 55 million women enter the labor force, at least partially correcting historical underrepresentation, India’s job creation imperative would be even greater.

For gainful and productive employment growth of this magnitude , India’s GDP will need to grow by 8.0 to 8.5 percent annually over the next decade, or about double the 4.2 percent rate of growth in fiscal year 2020. Given the uncertainties about economic outcomes during the COVID-19 pandemic, our analysis looks at scenarios beginning in fiscal year 2023, although many of our proposed actions would start well before then, and in fact be implemented in the next 12 to 18 months.

Net employment would need to grow by 1.5 percent per year from 2023 to 2030, similar to the average rate that India achieved from 2000 to 2012, but much higher than the flat net employment experienced from 2013 to 2018. At the same time, India will need to maintain productivity growth at 6.5 to 7.0 percent per year, the same as it achieved from 2013 to 2018. The two objectives are not contradictory; indeed, employment cannot grow sustainably without high productivity growth, and vice versa.

If India fails to introduce measures to address prepandemic trends of flat employment and slowing economic growth, and does not manage the shock of the crisis adequately, its economy could expand by just 5.5 to 6.0 percent from 2023 to 2030, with a decadal growth of just 5 percent and absorb only about six million new workers, marking a decade of lost opportunity. more>

There have been some changes in the rankings of the world’s longtime auto leaders and you won’t believe the revenue per second. 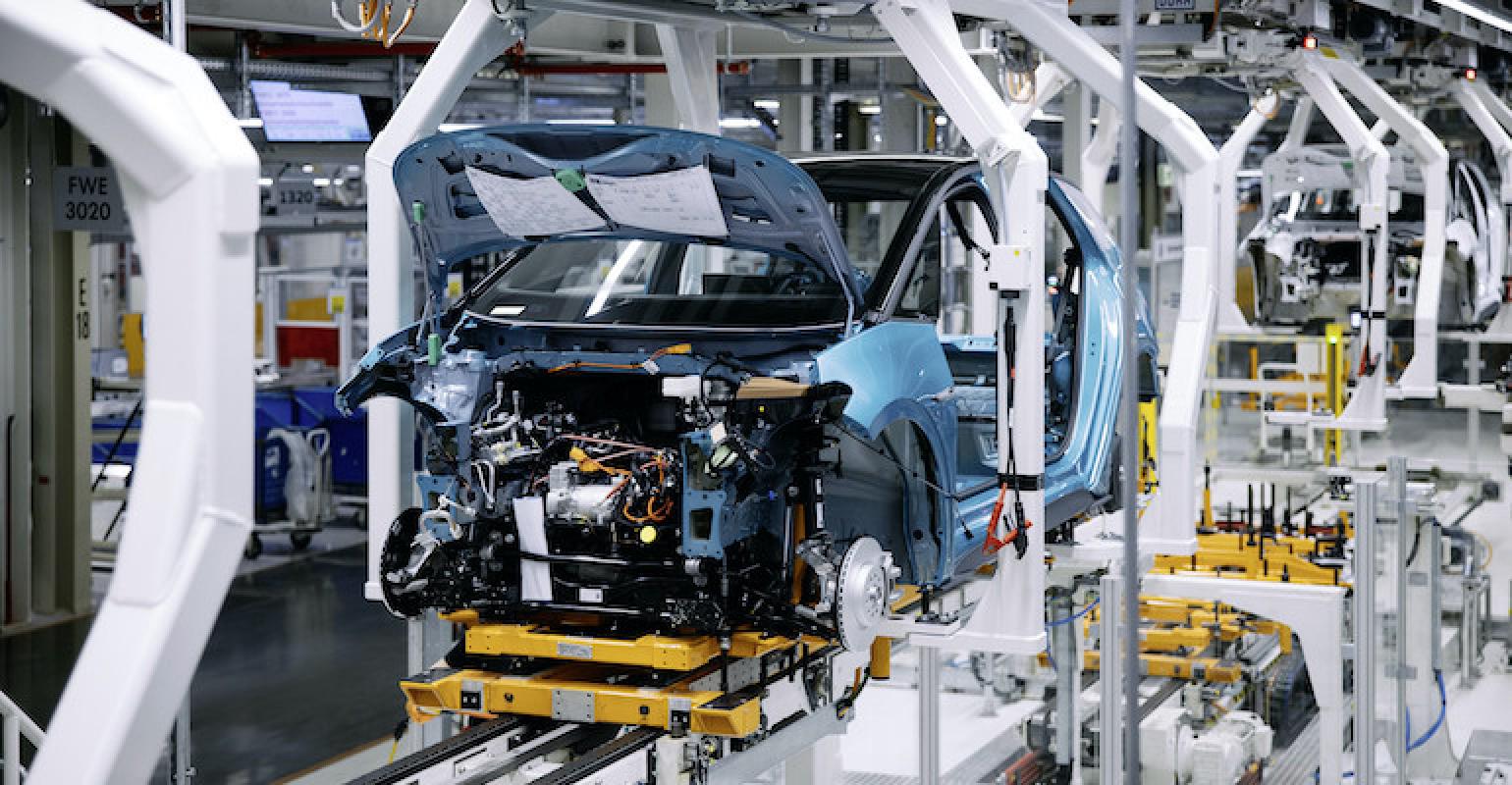 By Dan Carney – Business data aggregation and analysis site VisualCapitalist.com sifted through the annual results of the world’s car companies and ranked them by total revenues. For novelty, they’ve also included the total revenue per second of each company, with some eye-opening numbers at the top of the list. Even small-fry Tesla brings in $780 every second of the day! This list is based on last year’s sales numbers and represents the carmakers’ corporate entities as they existed last year. Since then, Fiat-Chrysler Automobiles has merged with Peugeot to form the head-scratchingly named Stellantis. So next year we should see some shuffling of the rankings.

BMW and PSA Peugeot Citroen have entered into a 50:50 venture to produce components for hybrids and electric vehicles, says a story in the Financial Times.

The two companies, which will launch the new operation in the second quarter of this year, will team up on the development of battery packs, electric motors, power electronics, generators, chargers and software to run the new breed of vehicles.

The German and French carmakers said that the components would be used in their own vehicles, and will also be sold to other automakers. The joint operation will begin equipping vehicles in 2014, the newspaper said. more>

Systemic Racism Is a Cybersecurity Threat By Camille Stewart – For years there have been well documented discussions about the need to expand gender and racial diversity in cybersecurity. People have argued that if we address social and systemic issues separately, we will get the technology right. However, the social and the technological are mutually constitutive. Bringing in new points of view is crucial to cybersecurity, but we also have to change the systems in which technology is embedded and review technology against the backdrop of larger systemic issues to reduce vulnerabilities.

Technical and policy mitigations in cybersecurity need to account for the weaknesses of our society, systems, and institutions in their implementations. The places where democracy breaks down and the ugliness of our past sins are laid bare and unaddressed are where we are most vulnerable. Technical and policy mitigations to cybersecurity challenges will never reach their full potential until systemic racism is addressed and diverse voices are reflected among our ranks at all levels.

The spread of disinformation that capitalizes on racial tensions in the United States, by both foreign and domestic actors, is an important but classic reminder of the need to address race. The narratives of the disenfranchised are the best tool and target for disinformation operations designed to incite the majority and further alienate minority groups. Crucially, exploiting the narratives of disenfranchised groups, especially Black Americans [PDF], is a powerful tactic used to radicalize minorities, one we have seen Iran and other countries use. Addressing inequality and systemic racism reduces if not eliminates the efficacy of this tactic. more>