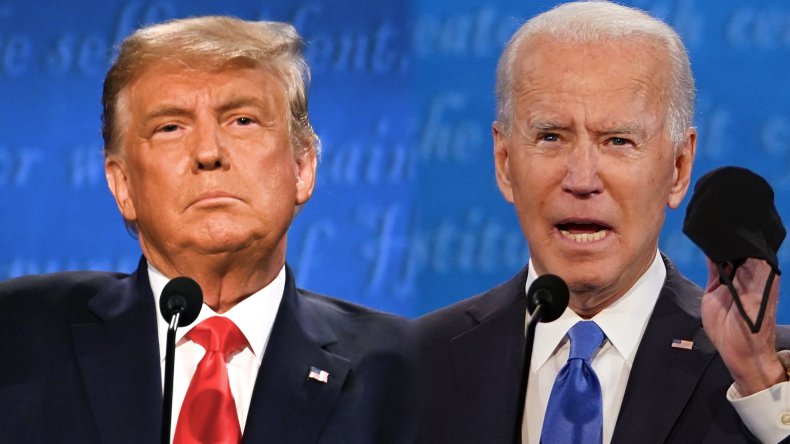 Neewsweek – Nations around the world are watching the U.S. election with almost the same intensity as Americans at home, and while they can’t vote, they have passionate rooting interests.

During his four years in the White House, President Donald Trump has been accused of having a soft spot for the dictators of America’s enemies. Do those countries return the love? As the 2020 election looms, the leaders and citizens of both America’s allies and rivals are hoping for outcomes that may be surprising.

With the exception of North Korea, most U.S. adversaries such as Cuba, Iran, China and Venezuela are hoping for a Joe Biden win, while America’s allies are split. Germany, Japan and Australia would like to see Biden in the White House; India, Saudi Arabia, Israel and the U.K. hope Trump remains in power.

The former vice president’s chief asset appears to be his predictability: with few exceptions, even the nations hoping for a second Trump term think they can work with a Biden administration. And for some countries, like Russia, the optimal outcome is neither Biden nor Trump, but chaos. more>

By Jay Agarwal, Lapo Mori, Fritz Nauck, Johnathan Oswalt, Dickon Pinner, Robert Samek, and Pasley Weeks – Metals and mining companies are adapting to an operating environment in which water is highly regulated, experiences unforeseen supply shocks, and carries substantial social value. By 2024, water-operating expenses for these businesses are estimated to increase by a 1 to 4 percent compound annual growth rate (CAGR), with a 4 to 7 percent CAGR expected for water-capital spending. Consequently, these metals and mining companies have made significant investments—an estimated $15 billion in 2019 alone—to reduce water withdrawal and increase water efficiency in operations, as well as mitigate reputational risk.

Digital tools can optimize water-management operations—offering stability, reduced costs, and deferred expenditures for new capacity. This article describes the application of such tools in water treatment (see, “The five domains of water management”).

Central to sustainable operations is water reuse, wherein water is reclaimed after processing and treatment (to remove metals, reagents, or suspended solids). Reuse obviates the need for additional fresh water; it significantly reduces water-operating expenses and is critical to addressing low water availability in stressed areas. Anglo-American, for instance, has pledged to adopt techniques that will allow for more than 80 percent water reuse at their mining facilities, saving an estimated $15 million per year. more>

What are the current challenges and opportunities for today’s submarine networks? What’s next? Find out what will be covered in our upcoming webinar with TeleGeography.
Current state of the global submarine network

By Brian Lavallée – Internet traffic patterns have shifted, and volumes have surged, as the telecom industry addresses the “new normal” where people are increasingly working, learning, and playing from home. Although the global network infrastructure has bent in certain parts of the network, it hasn’t broken. This is a testament to how reliability and availability is in the DNA of our industry and is more important than ever before.

According to TeleGeography, global Internet bandwidth rose last year by 35%, which was a major increase over the previous year’s 26% growth. This increase was driven largely in response to the global pandemic and represents the largest single-year increase since 2013. It also raised the most recent four-year CAGR to 29%. Being able to connect with each other, and to machines, has consistently increased in importance, but in 2020, this took on a whole new level of importance related to our social and economic well-being.

The pace of technology innovation in the telecom industry has accelerated over the past decade in response to growing demands related to our increasing affinity for always-on broadband connectivity. Even the once closed and proprietary world of submarine networks has evolved with the advent of Open Cables, programmable coherent modems, ROADMs, active branching units, C+L band, and more recently, open APIs, intelligent data-driven automation, and analytics. Together, these amazing technologies address challenges related to network scalability, availability, and flexibility during “normal” times. They’re even more important today as we’re mandated to increasingly work and play remotely. more>

US presidential election: last call for the liberal world order?

Some might have taken for granted the liberal world order of postwar decades. Until Donald Trump trashed it.

By Valerio Alfonso Bruno and Vittorio Emanuele Parsi – The pre-eminent theorist of liberal internationalism, from its origins to its prospects, G John Ikenberry, recently wrote that spring 2020 might well be considered by historians as the end of the ‘liberal world order’—the moment ‘when the United States and its allies, facing the gravest public health threat and economic catastrophe of the postwar era, could not even agree on a simple communiqué of common cause’. For Ikenberry, ‘the chaos of the coronavirus pandemic engulfing the world these days is only exposing and accelerating what was already happening for years. On public health, trade, human rights, and the environment, governments seem to have lost faith in the value of working together.’

May November 2020 then represent the last call for the liberal world order? In recent history, the elections of the president of the United States have represented decisive moments, not only for the country but for the dynamics of the international order tout court. Coming in the middle of a pandemic and counterposing two incompatible Weltanschauungen, the 2020 election may be of unprecedented decisiveness.

The liberal world order was built around a set of principles and institutions governing the international system in the aftermath of World War II. It was based on US leadership and operated through five core institutions: the United Nations, the International Monetary Fund, the World Bank, the World Trade Organization and the North Atlantic Treaty Organization.

For all its limits and weaknesses, during the cold war it granted economic development and security to a significant part of the world. ‘Free-market’ societies, conditioned by strong welfare policies, produced a long-term, if fragile, balance between economic competition and social cohesion.

The dynamic worked well until the 1980s. Thereafter, the foresight required to preserve such a fragile balance—based on postwar hindsight—gradually vanished. Liberal premises, such as equality of opportunity, and liberal promises, of a more equal, peaceful and wealthy world, became subverted by regressively ideological economics. A neoliberal world order has almost replaced the liberal one. more>