From an industrial renaissance to an economy of value 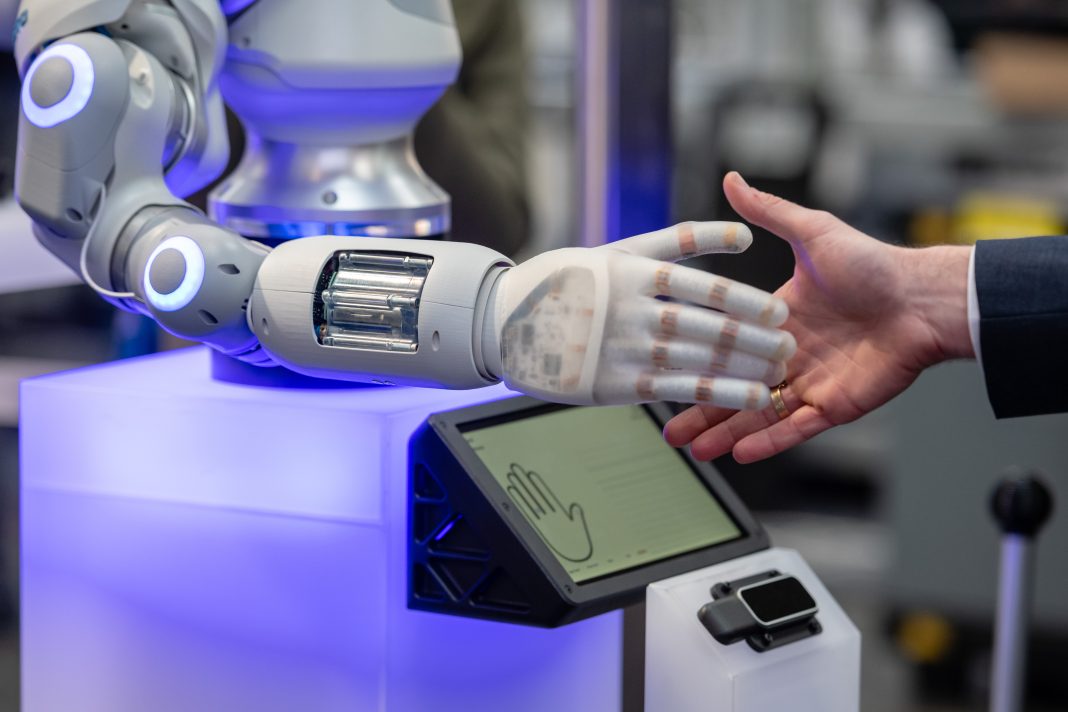 By Francisco Jaime Quesado – While having to endure the ongoing era of a global pandemic, we are facing the prospect of an effective industrial renaissance that can change the way our economy works

In the new global economy, in which industry is becoming more important, companies have a new challenge – to redefine its value chain and to integrate the existing global networks with new ideas, new solutions and new proposals of competence. This industrial renaissance will be a contract of trust in this new agenda of change and a new effective vision for the future as it should mobilize those that have a set of effective value creations in the economy.

A post-pandemic industrial renaissance is the point of contact between those that believe in the power of people to create new solutions to more complex problems that are arising in society and those that want innovation and creativity to be the platform for the creation of value in a globally competitive economy. This ‘renaissance’ is, in essence, the confirmation of a process of integration of people into society – an individual’s contribution must be a commitment to the organization of society and its main elements.

The next stage in the process of rebirth must apply to the most critical factors of competence and trust, which includes a focus on innovation and the sharing of positive dynamics. We need society to have a new challenge. Society must be able to be the real platform of a more entrepreneurial society that is centered on new areas of knowledge and sectors of value.

In a modern and active society, the keyword is ‘co-creation’, which is used to promote a dynamic and active creation process that involves each citizen in the next big challenge for society. more>

By Sarah Wray – Addressing the digital divide has become a top priority for cities around the world as COVID-19 has forced study, work and socializing online.

City leaders are increasingly recognizing the opportunity that remote work and technology can offer their citizens and local economy – as long as the right infrastructure is in place.

During a digital roundtable in a series organized by consulting company Ignite Cities and advocacy group the National League of Cities (NLC), Adrian Perkins, Mayor of Shreveport, and Alejandra Sotelo-Solis, Mayor of National City, detailed how closing the digital divide means not only getting residents connected but also helping them upskill for a changing job market. Perkins said:

“If our low-income communities don’t have access to reliable internet, you are cutting them off in so many ways,” including opportunities for remote work, high-paying jobs and educational tools.

He noted that mayors must work alongside the private sector and foster partnerships to close the divide but that leveraging public assets is also key.

“[Telecom companies] are private corporations and they have pushed for their bottom lines and people that could most afford [connectivity],” Perkins added.

“If you are a mayor that hasn’t started to yet work on the public side, on the public fibre that’s available and pushing your public agenda when it comes to bridging the digital divide, you are behind the power curve.” more>

Network Edge: Enterprises are ready for a more comprehensive approach – but can telcos deliver?
Over the last few years, enterprises have begun embracing more automation and virtualization in the wide area network (WAN), says Ciena’s Artur Kwiatkowski. As their IT architectures migrate towards (multi) cloud centricity, their network environment – and especially the network edge – must evolve to be more flexible and increasingly self-configurable by the end user. To accelerate this evolution, enterprises across many industries are deploying virtual network functions such as virtual routers, firewalls, and software-defined WAN (SD-WAN). For many of them, that last application has been the starting point towards a virtualized network environment.
Was SD-WAN overhyped?

By Artur Kwiatkowski – Originally, part of its promise was about commercials: it offered a more attractive cost structure for the enterprise WAN. This was to result from increased reliance on cheap underlying network transport technologies (e.g. dedicated internet access services rather than MPLS). What has proved more transformational, however – especially in European markets where price deltas for underlay services were not that great in the first place – is the increased control that enterprises gain with SD-WAN bundles over the performance of their networks, and the ability to decouple the overlay (management and policy) function from the underlay (transport) function.

Very quickly, SD-WAN became a hyped (possibly even over-hyped) concept, and vast majority of communications service providers (CSPs) active in the B2B space scrambled to pull together an SD-WAN market offering. In many cases, these boiled down to a managed service delivered by the SD-WAN providers / equipment vendors themselves, and then white-labelled by the telco as they were resold to the enterprise end user.

It also soon transpired that SD-WAN was not a one-size-fits-all application. As a result, majority of larger CSPs today have multiple SD-WAN solutions in their product catalogue, aimed at various market segments, from small businesses to global enterprises. This is not a problem in itself, but many of them end up siloed and isolated in the context of the wider service portfolio. They also often rely on manual processes for operational aspects such as service turn-up. The resulting image of CSPs is that of a bevy of swans swimming upstream – looking distinguished and graceful above the waterline, all the while peddling frantically underneath where no one can see, just to keep moving forward.

Change seems to be on the horizon, however. more> 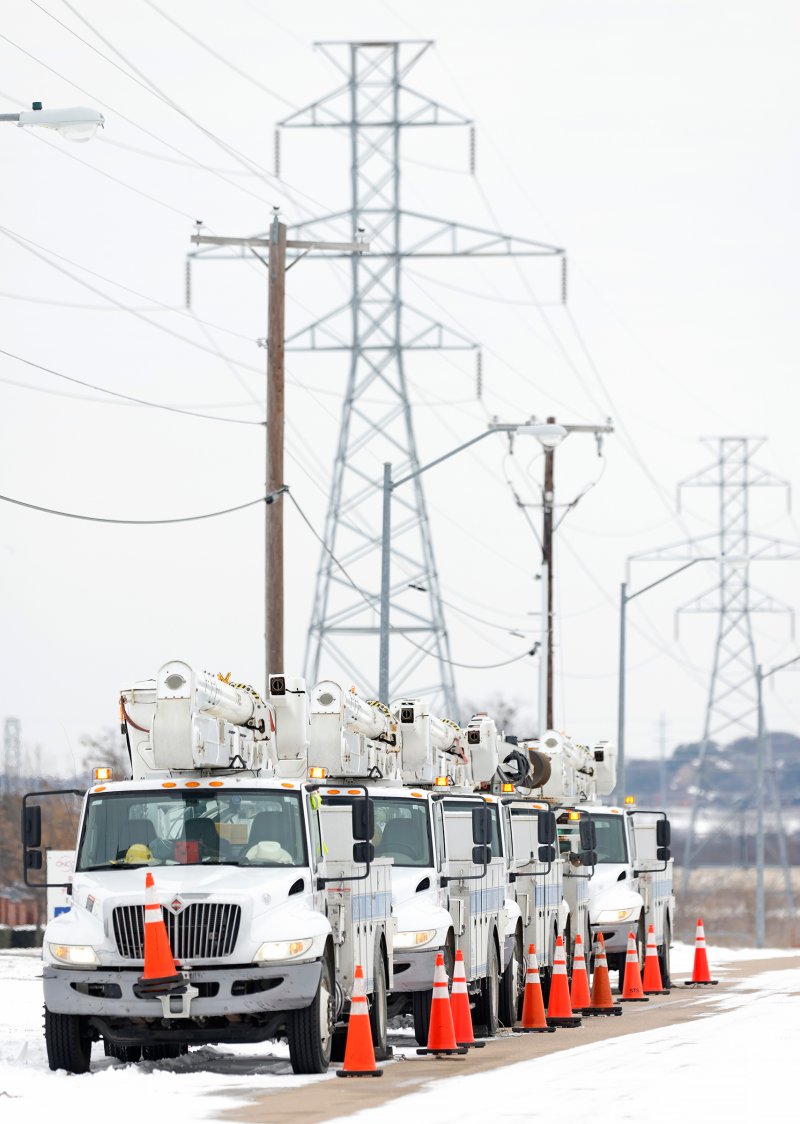 By Justin Worland – For scientists, the havoc wreaked by the extreme winter weather that hit Texas in mid-February dropping several inches of snow and leaving millions without power did not come as a surprise. Ten years ago, in 2011, energy regulators warned the state’s electric-grid operators that they were ill-prepared for an unprecedented winter storm. And for decades before that, climate scientists had cautioned that a warming planet would cause climate chaos, raising the average global temperature while driving unusual weather events like this one. For Texas, it was always just a matter of time.

Despite these warnings, the state was unprepared—which Texans realized as soon as the storm swept in. Equipment froze at power plants, leaving about half of the state’s electricity-generating capacity offline. Natural gas wells iced over, slowing the fuel supply that heats homes. Millions were left without electricity, at least one city turned off its water supply, and Harris County, where Houston is located, reported hundreds of cases of carbon monoxide poisoning as Texans turned on their own generators to warm up. “This shows a disastrous level of underpreparation,” says Daniel Cohan, an associate professor of civil and environmental engineering at Rice University in Houston, speaking to TIME shortly after he had lost water pressure. “We knew this weather event was coming … What went wrong?”

The catastrophe can be linked to a string of planning failures that didn’t take that threat seriously. Much of the electricity infrastructure in Texas wasn’t hardened-think of insulation and other protections that allow it to function in extreme winter weather. Several power plants remained offline for scheduled maintenance, ignoring weather forecasters’ warnings of the fast-approaching storm. And the storm disrupted the supply of fuel needed to run other such plants.

The cascade of failures in Texas signals what is perhaps the greatest challenge ahead in this climate-changed world: accepting that business as usual isn’t working. Across the planet, humans have built civilization to withstand the vagaries of a 20th century climate. The extreme weather events of the 21st century will look nothing like those that came before—and hundreds of years of past preparation will not suffice. “The future is not going to be like the past,” says Melissa Finucane, a co-director of the Rand Climate Resilience Center. “If we could just plan a little better, we could anticipate some of these problems.” more>