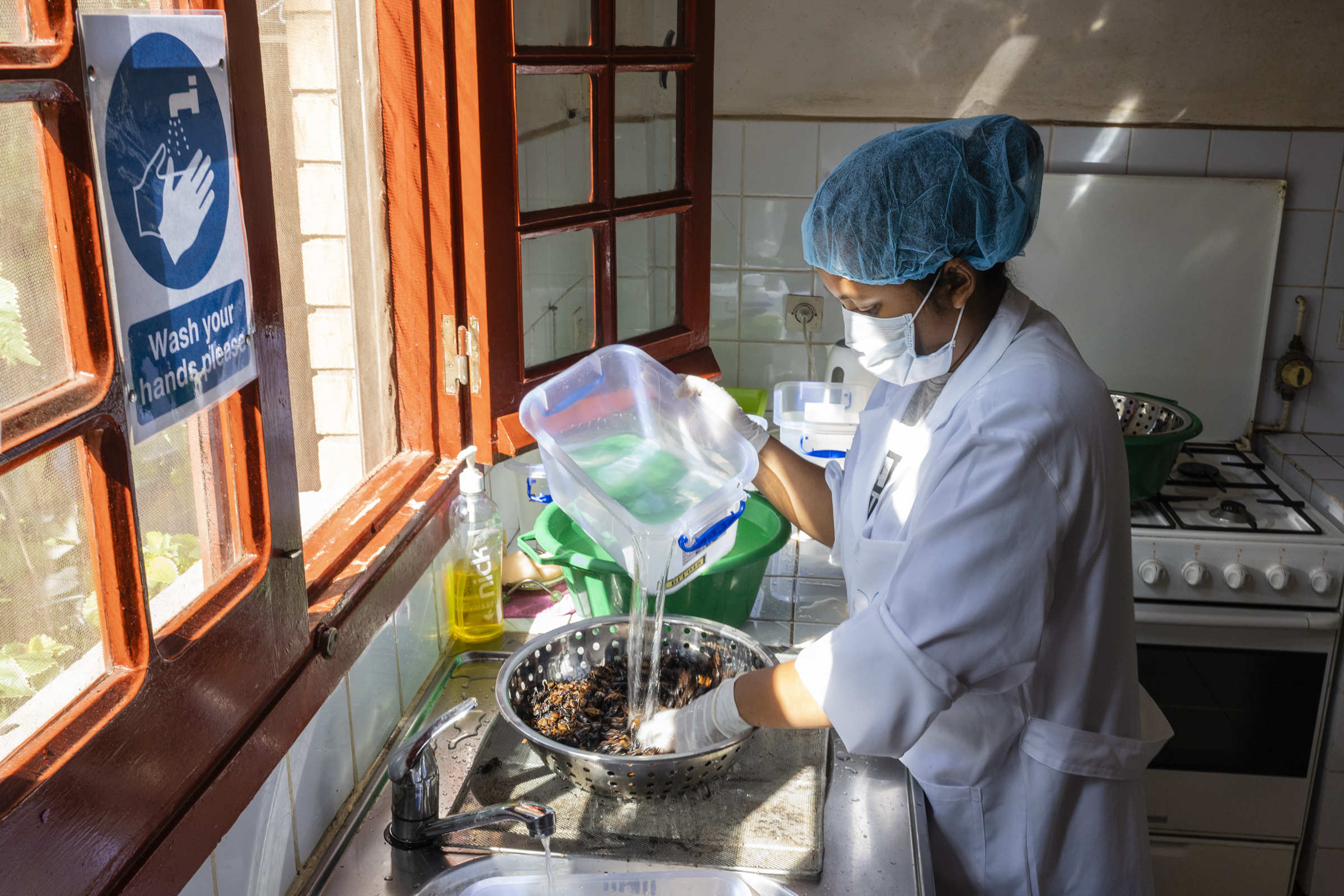 By Aryn Baker – Sylvain Hugel is one of the world’s foremost experts on crickets of the Indian Ocean Islands. So when he received an email from a fellow entomologist in March 2017 asking for help identifying a species in Madagascar that could be farmed for humans to consume, he thought it was a joke. “I’m working to protect those insects, not eat them,” the French academic responded tartly.

But the emails from Brian Fisher, an ant specialist at the California Academy of Sciences, in San Francisco, kept coming. Fisher had been doing fieldwork in Madagascar when he realized that the forests where both he and Hugel conducted much of their research were disappearing. Nearly 80% of Madagascar’s forest coverage has been destroyed since the 1950s, and 1-2% of what remains is cut down each year as farmers clear more trees to make room for livestock. The only way to prevent this, Fisher told Hugel in his emails, was to give locals an alternative source of protein. “If you want to be able to keep studying your insects, we need to increase food security, otherwise there will be no forest left,” Fisher wrote.

His proposal was insect protein. More than two-thirds of Madagascar’s population already eat insects in some form, usually as a seasonal snack. If there were a way to turn that occasional snack into a regular meal by making it easily available, it could help ease pressure on the island’s threatened forests. Crickets, which are high in protein and other vital nutrients, were already being farmed successfully in Canada for both human and animal consumption. Surely Hugel, with his vast knowledge of Indian Ocean crickets, could help identify a local species that would be easy to farm, and, more importantly, might taste good? more>