Green markets won’t save us

Markets are an unreliable guide for navigating a problem as large and complex as climate change. 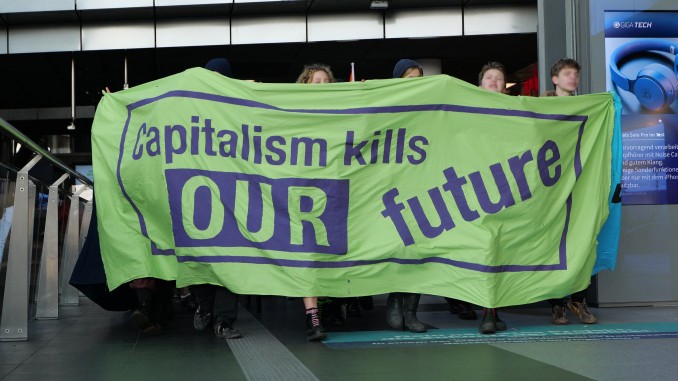 By Katharina Pistor – How can one make wise decisions about a perpetually unknowable future? This question is as old as humankind, but it has become existential in light of climate change. Although there is sufficient evidence that anthropogenic climate change is already here, we cannot possibly know all the ways that it will ramify in the coming decades. All we know is that we must either reduce our environmental footprint or risk another global crisis on the scale of the ‘little ice age’ in the 17th century, when climatic changes led to widespread disease, rebellion, war and mass starvation, cutting short the lives of two-thirds of the global population.

The British economist John Maynard Keynes famously argued that investors are driven ultimately by ‘animal spirits’. In the face of uncertainty, people act on gut feelings, not ‘a weighted average of quantitative benefits multiplied by quantitative probabilities’, and it is these instinct-driven bets that may (or may not) pay off after the dust settles. And yet policy-makers would have us trust animal spirits to help us overcome the uncertainty associated with climate change.

Humanity has long sought to reduce uncertainty by making the natural world more legible, and thus subject to its control. For centuries, natural scientists have mapped the world, created taxonomies of plants and animals, and (more recently) sequenced the genomes of many species in the hope of discovering treatments against all imaginable maladies.

What maps, taxonomies and sequences are to chemists and biologists, numbers and indicators are to social scientists. Prices, for example, signal the market value of goods and services, and the expected future value of financial assets. If investors have largely ignored certain assets, the reason might be that they were improperly measured or priced. more>